The character of forgiveness 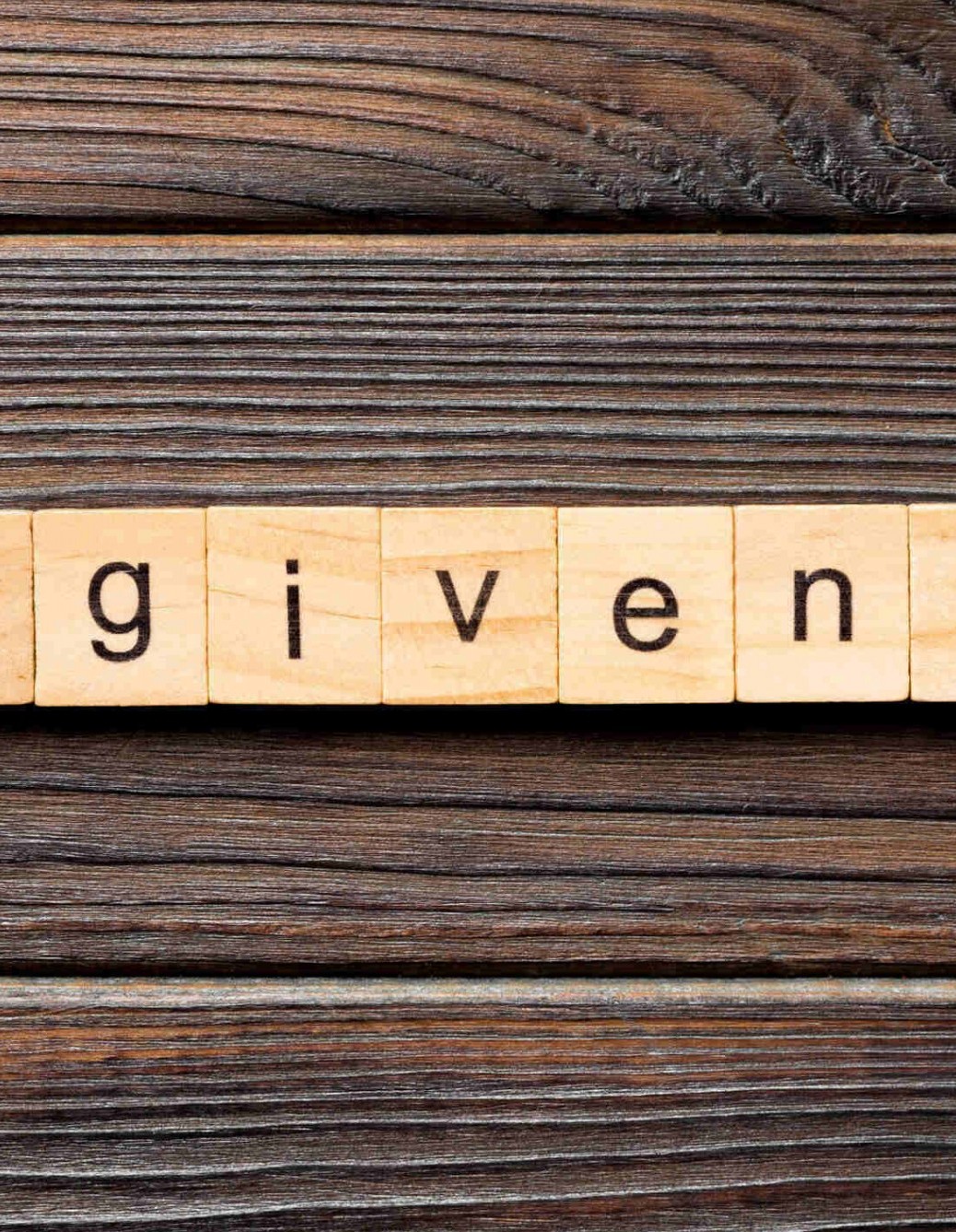 If Jesus is the centre, love draws and glues us together as the body of Christ, and forgiveness brings healing to the body.

There remains a gap between what we learn at school and the reality of things: life has ways to confront us that aren’t in the textbook.  When we buy an appliance, it comes with a manual.  The Bible is more than a manual for living: when we come together to listen to and reflect on God’s Word, we speak about the life God has given us, which Jesus brought to humanity in His resurrection, the kind of life that is more than food and clothing.  People are different from machines, and life is more complex.  We’re students in a process of learning and unlearning.  People have different backgrounds and experiences and react differently to life’s events.  We’re still closing the gap between what we “know”, and what we know we’re not doing.

We can learn many lessons from the life of Joseph, often referred to as “the dreamer” because he received dreams from God and became an interpreter of dreams.  His life is a prototype or model which points to Christ.  Genesis 37-50 describes his character in terms of moral ideals: his patience in suffering, endurance of betrayal, confidence in God’s guidance, and forgiveness to those who wronged him; Joseph embodies the highest norms of the Gospel.

Joseph twice received a dream of his brothers bowing down to him; this didn’t sit well with them, and they hated him.  They intended to kill him but instead threw him into a well and sold him to Egyptian traders.  He became a slave to a military officer in Egypt.  The officer’s wife tried to seduce Joseph, and when he refused he was accused falsely and imprisoned.  In prison he met Pharaoh’s butler and baker, and interpreted their dreams; it took place, and he was forgotten… until the opportune time, when he interpreted Pharaoh’s dream and was made the second most powerful person in Egypt.  Then a famine struck the land; through his wisdom, Egypt was saved and Pharaoh was made rich.  Joseph’s brothers came to buy food, and indeed bowed down to him.  He recognized them and played games with them, accusing them of being spies and returning their money.  Joseph was containing inwardly intense emotions; after his encounters with his brothers he went to his room and wept, struggling between love and forgiveness, or hurt and revenge.  He manoeuvred to see his younger brother, and finally revealed himself, and the whole clan relocated to Egypt.

In today’s reading, Joseph’s father Jacob had died; his brothers, guilty of their prior mistreatment of him, were afraid of reprisal, retaliation and revenge.  Joseph made a powerful statement from which we can learn (Genesis 50:19-20).  There’s a story of a young child who complained to his grandfather about being mistreated at school.  There was anger and forgiveness in his heart, and he asked which would win; his grandfather told him that whichever he fed would win.  Joseph must have fed forgiveness.   Sometimes we can withstand mistreatment, abuse and exploitation from others, but from your flesh and blood it is very challenging.  Joseph’s faith and unwavering hope in God’s providence was evident.

Joseph must have understood God’s providence, His mysterious working in human activity. Every step of the way, he knew God’s favour was with him.  Outwardly it appeared to go from bad to worse, but underneath he was walking in God’s favour.  Joseph’s endurance and longsuffering were possible because he understood God’s plan to save the world from famine, and saw his mistreatment from this greater perspective.  He was an unwinning player, part of God’s unfolding plan and providence.  This is why he was able to forgive his brothers as they also played their part.

Evil happens to many people, even to good people; but the question is what happens to good people when bad things happen to them.  In the power of God, whatever is intended to harm His people, He is able to protect them, and even to turn it around to become a blessing.

Peter asked Jesus how many times we should forgive – seven times?  He may have been surprised by the Lord’s answer: seventy times seven.  In Scripture, the number six always points to human labour, seven speaks of rest, and eight speaks about new creation.  Jesus is saying that when He died on the cross, God forgave humanity – all generations from Adam until the last generation before the cross and even after – to give them rest from guilt.

We come to God, because He is the one who forgives us.  We come acknowledging our struggles in life; it is often hurt that guides us, because as a people with emotions we get hurt.  Joseph was able to overcome his emotions because he knew God’s plan.  If Jesus is the centre of life, love glues us together, and healing will take place in forgiveness.  This is something we must learn, one step at a time.

May we understand the greatness of God’s forgiveness.  May God enlighten our hearts and minds to His plan which often we don’t understand, to see the greater picture beyond an isolated event.  If God has forgiven us, may He give us strength to forgive those who have turned against us or hurt us.  May we not play God: Joseph refused to play God and chose to see the bigger picture.  May God in His mercy and love give us another chance and give us the strength when forgiveness is due to those around us.