His authority, or your own? 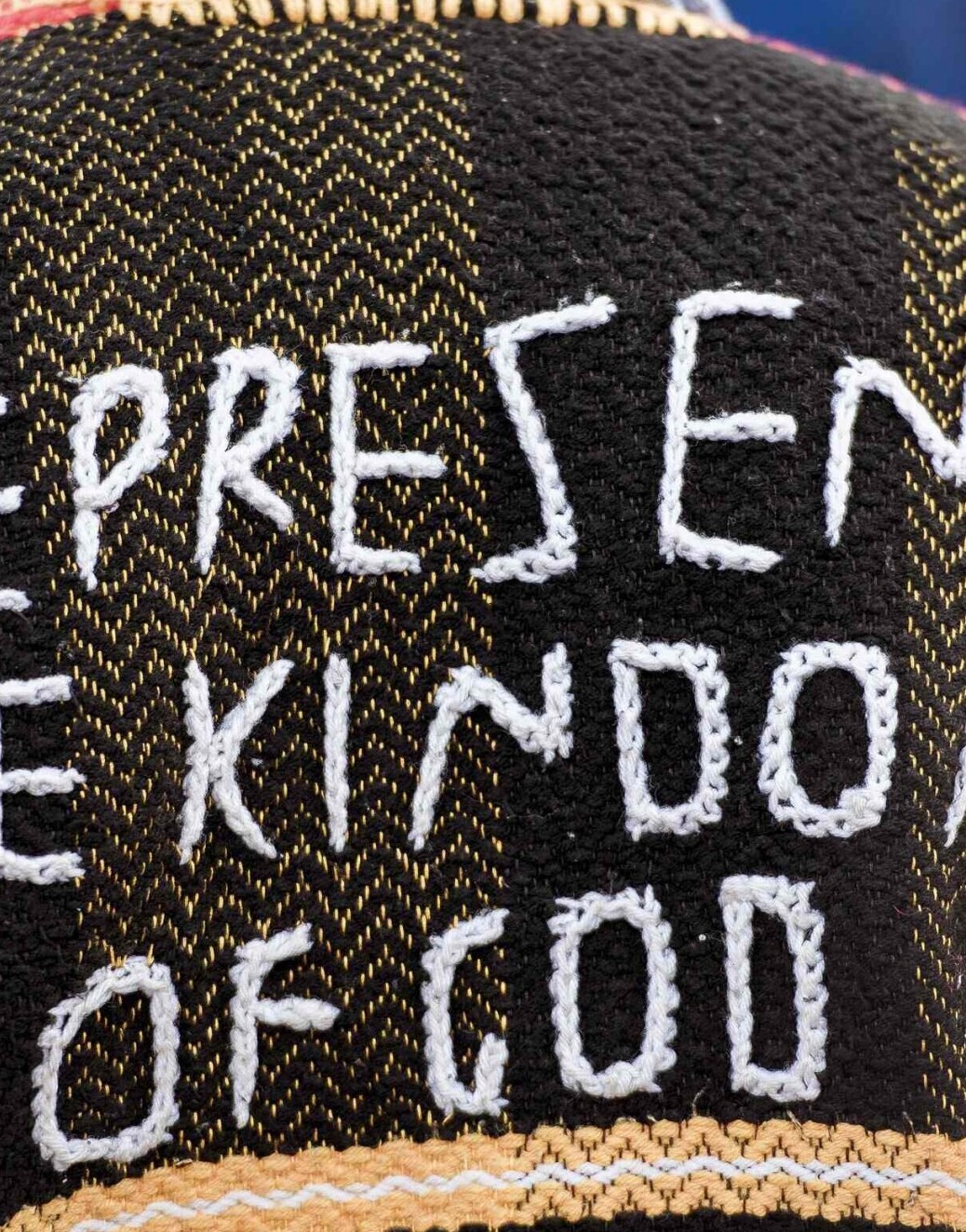 All authority has been given to Me in heaven and on earth. Go therefore and make disciples of all the nations, baptizing them in the name of the Father and of the Son and of the Holy Spirit, teaching them to observe all things that I have commanded you; and lo, I am with you always, even to the end of the age.

As we saw last time, Jesus was unlike anyone else who would ever walk the earth, and one evidence of that difference was the fact He taught and acted with authority: not man’s authority, not even His own authority, but the authority of the Father who sent Him.

When Jesus ascended into heaven after His resurrection, He delegated that authority to His apostles and to those who would follow after them.  It was given not for selfish gain and not to abuse or manipulate others, but to edify (to improve, to build up) believers and make complete, mature disciples who would then receive the same delegated authority and carry on in each succeeding generation.  No one obtains true authority simply by claiming to have it, and in the Kingdom of God you only receive authority by being under His authority.

Failure to understand this authority and its proper use has caused pain and heartbreak in the Church, even to the point of turning people away from Christ.  How does this happen?  We will see, but first let’s look at the proper use of this authority.

Allowing the Holy Spirit to change your plans:  “Now when they had gone through Phrygia and the region of Galatia, they were forbidden by the Holy Spirit to preach the word in Asia.  After they had come to Mysia, they tried to go into Bithynia, but the Spirit did not permit them.  So passing by Mysia, they came down to Troas.  And a vision appeared to Paul in the night.  A man of Macedonia stood and pleaded with him, saying, “Come over to Macedonia and help us.”  Now after he had seen the vision, immediately we sought to go to Macedonia, concluding that the Lord had called us to preach the gospel to them.” (Acts 16:6-10).  Paul had intended to preach the Word of God in Asia, but they were forbidden.  Rather than assuming the opposition was from Satan they took time to seek the Lord, and it was He who told them “No”.  They turned to Bithynia, but again discerned the Lord saying “No”.  Why was God opposing them?  God gave Paul a vision that made everything clear: there was a more important and immediate call to go to Macedonia.

Accepting pain and trials from the Lord for a greater good:  “And lest I should be exalted above measure by the abundance of the revelations, a thorn in the flesh was given to me, a messenger of Satan to buffet me, lest I be exalted above measure.  Concerning this thing I pleaded with the Lord three times that it might depart from me.  And He said to me, “My grace is sufficient for you, for My strength is made perfect in weakness.”  Therefore most gladly I will rather boast in my infirmities, that the power of Christ may rest upon me.  Therefore I take pleasure in infirmities, in reproaches, in needs, in persecutions, in distresses, for Christ’s sake.  For when I am weak, then I am strong.” (2 Corinthians 12:7-10).  Paul had some “thorn in the flesh” – we don’t know what it was, but calling it a “thorn” would lead us to think it was some ailment in his body that was not life-threatening but was a natural result of a fallen world (Adam’s fall brought thorns into the world).  At the time Paul made his three requests he did not know why he was afflicted: he likely thought it was Satan’s attempt to hinder his ministry.  But the Lord revealed that this thorn had a greater purpose – to be a constant reminder that his ministry was actually God’s ministry, and that Paul could not fulfill that ministry on his own.

Speaking God’s words and declaring God’s will:  “Now then, we are ambassadors for Christ, as though God were pleading through us: we implore you on Christ’s behalf, be reconciled to God.” (2 Corinthians 5:20).  Every mature Christian is an ambassador for Christ, whatever their role in the church and the Kingdom.  An ambassador conforms to the laws of the kingdom he represents, not the kingdom where he lives.  Thus when we speak “in Jesus’ Name” we only have authority if we speak what Jesus is speaking.  We must set aside our plans, we must sacrifice our comfort and desires, and we must discern what the Holy Spirit is saying about a situation before we speak into that situation.

And that is where the trouble can come in.  That is the point at which failure to understand this authority and its proper use has caused pain and heartbreak in the Church, even to the point of turning people away from Christ.  Let me point out a few examples.

“Claiming” healing or some other positive outcome for another person in every situation:  Neither Jesus, Paul, nor the other apostles ever “claimed” anything.  Miraculous healings, raising the dead, none of these were done on the basis of a contract between God and man promising either (a) prosperity and an easy life to believers, or (b) anything you ask for will be given to you.  In fact, Jesus clearly tells us just the opposite: “If anyone desires to come after Me, let him deny himself, and take up his cross daily, and follow Me.  For whoever desires to save his life will lose it, but whoever loses his life for My sake will save it.” (Luke 9:23-24)

Telling a person the strength of their faith determines the level of comfort or the absence of pain and trials in their life:  Jesus healed those with great faith (the centurion’s servant in Matthew 8:5-13 and the woman’s daughter in Matthew 15:21-28), those with just a little faith (the man’s son in Mark 9:14-29), and those with no faith of their own (the widow’s son in Luke 7:11-15).  He warned that tragedy comes where it is not earned (the Galileans and residents of Siloam in Luke 13:1-5 and the man born blind in John 9:1-7), and that it can come as a consequence of sin (the man at the pool of Bethesda in John 5:2-14).  The truth is, like Paul we cannot know what is behind the circumstances of the situation we see with our eyes without taking the time and effort to discern the Lord’s will in that situation.

Such a level of discernment takes time, it requires maturity, and most of all it requires a deep relationship of love and trust between you and Jesus Christ.  Like Paul, we can do nothing in our own strength.  We must live in Christ, say what He says, do what He does, love what He loves, and desire what He desires … just as He taught us:

“I am the vine, you are the branches. He who abides in Me, and I in him, bears much fruit; for without Me you can do nothing. If anyone does not abide in Me, he is cast out as a branch and is withered; and they gather them and throw them into the fire, and they are burned. If you abide in Me, and My words abide in you, you will ask what you desire, and it shall be done for you. By this My Father is glorified, that you bear much fruit; so you will be My disciples.

“These things I have spoken to you, that My joy may remain in you, and that your joy may be full. This is My commandment, that you love one another as I have loved you. Greater love has no one than this, than to lay down one’s life for his friends. You are My friends if you do whatever I command you. No longer do I call you servants, for a servant does not know what his master is doing; but I have called you friends, for all things that I heard from My Father I have made known to you. You did not choose Me, but I chose you and appointed you that you should go and bear fruit, and that your fruit should remain, that whatever you ask the Father in My name He may give you. These things I command you, that you love one another.” (John 15:5-17)

What kingdom do you truly belong to?  Are you Christ’s ambassador, or your own?