The Baptism of our Lord, 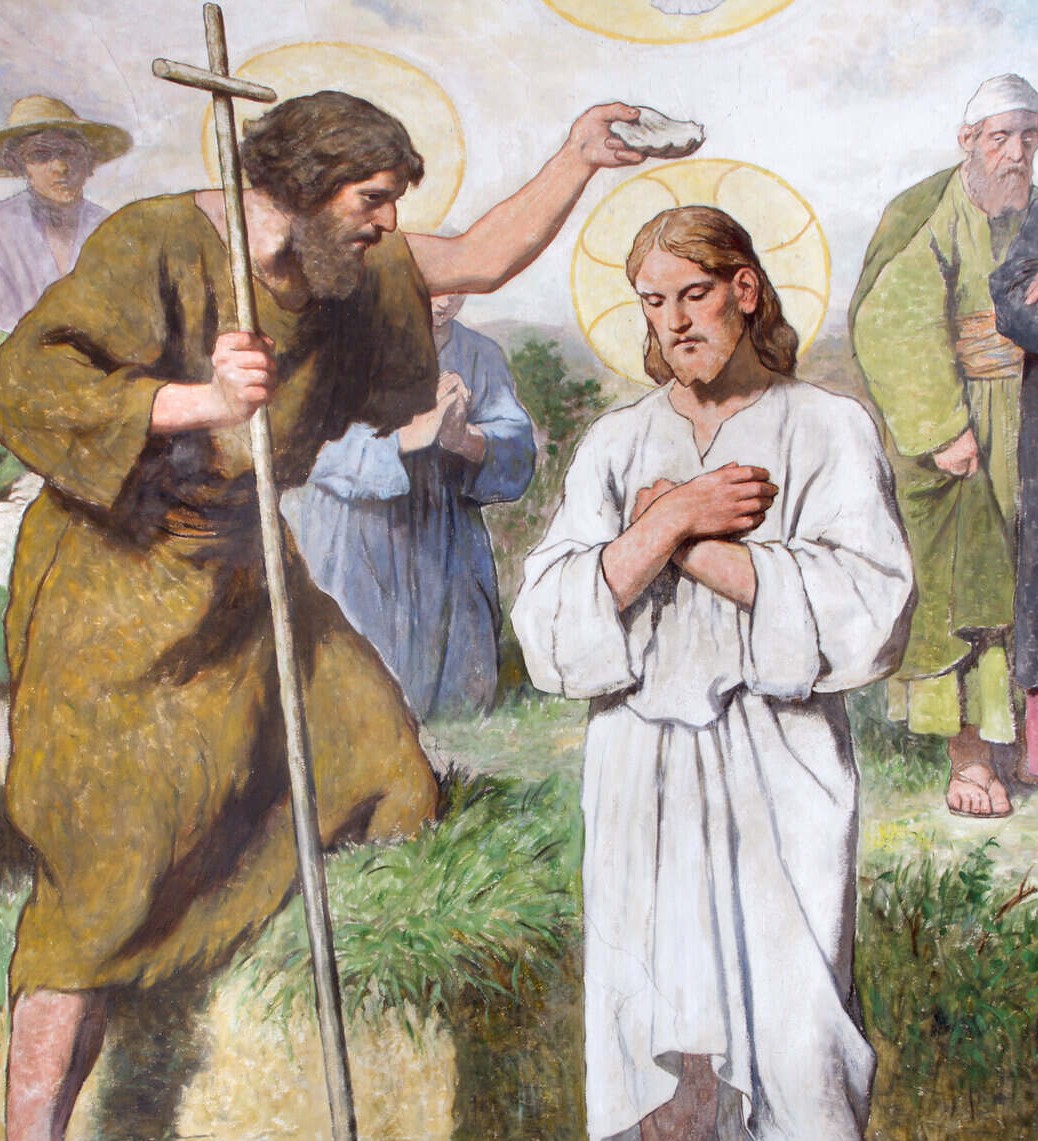 Psalm 29 describes God’s voice.  Many would like to hear His voice and what He would say, but we must be ready to listen and obey.  The children of Israel in the Old Testament were afraid of God’s voice, and asked Moses to speak to Him on their behalf.  May we be guided by God’s voice.  His Word is His voice to us; but uniquely, today we hear the words from heaven, “This is My beloved Son, in Whom I am well pleased”.  One day we want to hear Jesus’ voice, “Come, enter into the joy of your Lord”: we want to please God.  Only by following and obeying Him, allowing Him to lead us – He’s the Way, the Truth and the Life – can we do so.  May we please God in our life here on earth.

The Feast of our Lord’s Baptism follows the Epiphany, Jesus’ manifestation to the world.  We hear that He’s the One: “This is My beloved Son”.  God didn’t send an angel or a human messenger, but His Son Himself; the best in heaven came to be with us.  He said, “I’m pleased with Him” – it’s He who’ll lead and guide you to eternal life and salvation.  It’s when those present heard God’s voice.

When children go to church, they ask questions.  When they witness a Baptism, they ask, “Was I baptized?  Why are Christians baptized?”  It’s a wonderful opportunity for what Catechism is intended to do: to answer children’s questions and instruct them.  Children see many mysteries as they participate in the Mass.  We also have many questions.

What does Jesus’ Baptism mean?

What does Jesus’ Baptism mean to the Church?

Christianity celebrates it as a very significant feast, referring to Christ’s Epiphany to the world.  It receives more frequent attention in ancient iconography and Christian art than many events in Jesus’ life.  It officially marks the beginning of His earthly ministry.  From this, we understand why in the Old Testament kings, priests and prophets were chosen and given God’s empowerment, as Kings Saul and David were anointed by Samuel the prophet.  Samuel poured oil on their heads, and they were anointed by God to participate in fulfilling His plan of salvation.

Why does God invite imperfect humans like us to participate in His work?  He’s all-powerful and doesn’t need our help, but because of His incomprehensible love for humanity He invites us all to be part of what He’s doing in the world.  Anything God does, He’ll do in and through the Church.  He became human so we might become like Him; one of the reasons is that we might be exalted and glorified in His glory.  At Pentecost, God pours His anointing not on an individual but the whole Church.

Any Feast the Church celebrates conveys an essential message, to which we always need to listen.  If it’s vital to the Church, how does it affect my own life as a Christian?  We’re to be reminded more than instructed; today we’re reminded what Baptism is.

Baptism is one of the great Sacraments: a means of God’s grace, the supernatural assistance God bestows upon humans with sanctification in mind.  Grace is undeserved favour; it’s something God does by His own choosing.  The Latin “sacramentum” means “mystery”: Sacraments are means by which we share in the mystery of the life of Christ.  Even though we’re human, God wants us to participate in divine life.  Sacraments are bestowed by God through the Church; the Church is the sole giver of God’s grace and Sacraments: no other worldly institution bestows them.

Why do we need to be baptized?

At Baptism, a child of Adam and Eve who possesses the old nature of sin receives a new nature which comes from the Second Adam.

The River Jordan symbolizes an essential passage in the life of the nation of Israel.  They passed through the Red Sea, then the waters of the Jordan; they left behind their wilderness wanderings and entered the Promised Land.  In Christian Baptism we die to the old life inherited from Adam and Eve and enter into the new life in Christ.  The Jordan is the water of passage, pointing to our Baptism; the Red Sea was a type of Baptism for the children of Israel.  A passage implies movement from one condition to another.

The rite of passage is becoming foreign to the world we live in and the modern mind.  In my generation I was blessed to go through certain rites of passage.  When does a boy become a man?  When does a girl become a woman?  Rites of passage are needed because our character must be built.  Womanhood and manhood are more than physiological: the difference between a boy and a man, or a girl and a woman, is character.  Parents are responsible to prepare boys for manhood and girls for womanhood.

What does our Lord’s Baptism mean to us?

Baptism by John in the River Jordan was a notable turning point in Jesus’ life, from obscurity to a manifestation of His Godhead and Sonship.  It reminds us of our own Baptism, which the Church calls a tomb and a womb.

Unfortunately, some parents are more preoccupied with their children’s names being associated with a football club than with bringing them to the Baptismal font.  May we understand the power of Baptism.

John the Baptist said to Jesus, “You don’t need me to baptize You”, but He answered, “Let it be so, for righteousness’ sake”.  John introduced a Baptism of repentance.  Jesus doesn’t need any repentance: there’s no sin in His life; but He showed us an example.  God wants us to understand the power of Baptism in the life we’ve received in Christ; the miracle, the mystery and the beauty of the life given us in Baptism.  Let’s meditate upon and ponder this: In Baptism, humans receive the life of Christ; it puts them in a place or at a starting point with potential to live the life of God here and now.