The mountain of Transfiguration 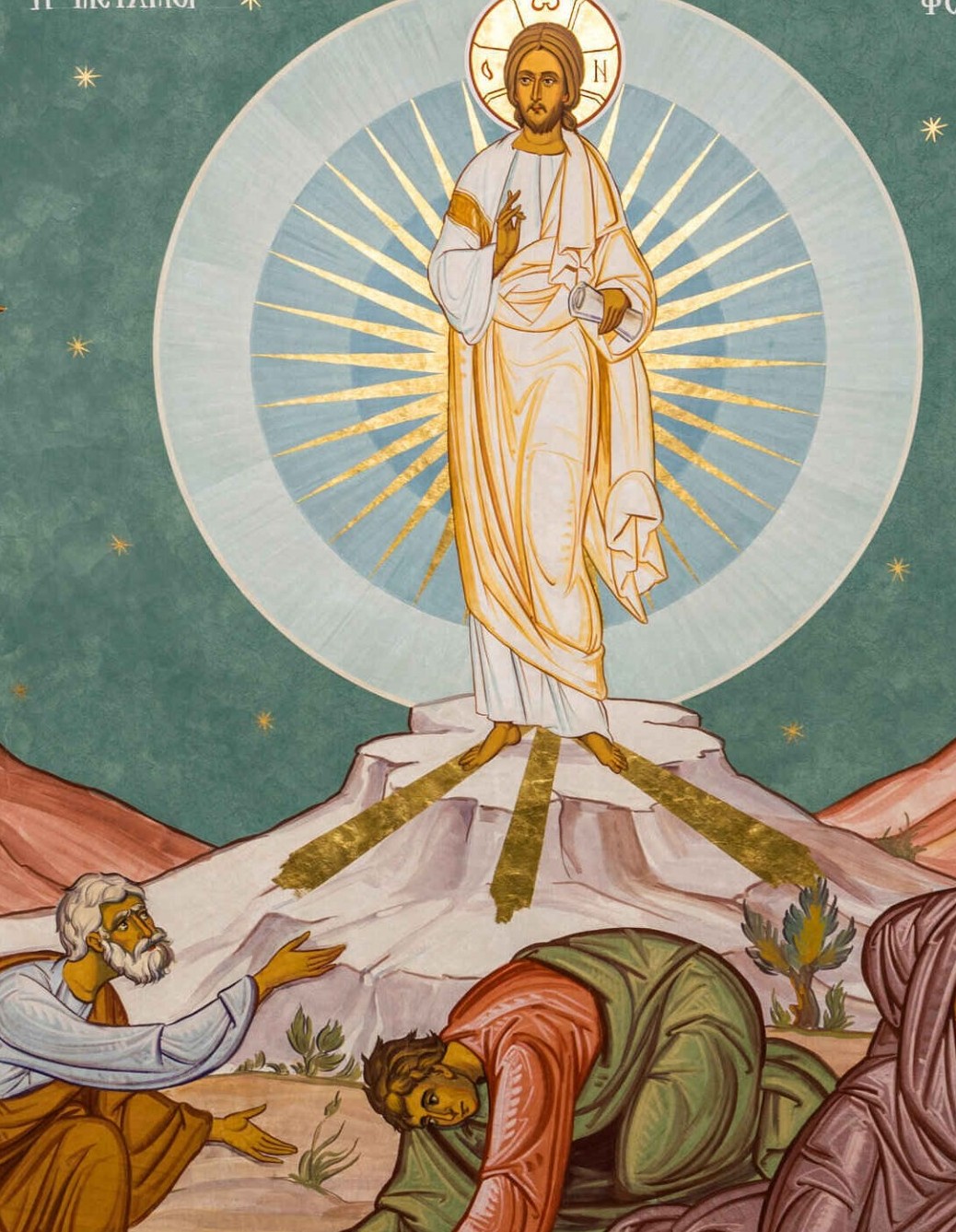 The Gospel for the last Sunday after the Epiphany is always the Transfiguration.  Glory has different meanings for different people: for Cicero, justice is the crowning glory of the virtues; for Richard Dawkins, scientific rationalism is the crowning glory of the human spirit.  This is not the glory described in the Bible.  Matthew, Mark and Luke all recount the Transfiguration story; but the whole of John’s Gospel speaks about Jesus being transfigured before us, conveying His divinity (John 1:14).  John is very clear and explicit that the glory humanity saw in Christ is unique to the Second Person of the Trinity.

Matthew and Mark start with the words “after six days”, Luke with “eight days”.  The number six often represents man’s labour – we work for six days – while eight represents new creation.  The glory of God that’s revealed is not from human labour; and it points to the new creation we’re part of in Christ.

Jesus took three disciples – His inner circle, Peter, James and John – to the mountain, and was transfigured before them.  This event burned in their memory: Jesus’ humanity radiated His majesty as the Son of God.  Mark 9:3 adds that His clothing became dazzling white.  Clothing is a visible expression of the person; vestments in the Church are to cover our humanity and represent Jesus’ priestly ministry.  White signifies holiness; babies are given white clothing at Baptism, and the bride wears white.  Only Mark adds the detail that no launderer on earth could achieve such brightness.  If the sun is God’s creation, the light of God is brighter.  Isaiah 61:10 isn’t literal, but speaks of how God will clothe us with righteousness and salvation.  The season after the Epiphany is a journey to prepare us as we go up one step at a time to the mountain’s apex where Christ is transfigured before us, that there will be no more doubt or unbelief that Jesus indeed is the Son of God.

The imagery in verses 9-11 is astonishing.  In the Eucharist we eat and drink; I pray that whenever we participate in worship, God will show Himself in glory.

What is God’s glory?

God’s glory is the revelation of His power and characteristics, sometimes accompanied by visible phenomena.  The Gospels recount the story of the Transfiguration because it’s the visible confirmation of who Jesus is, showing forth His uncreated glory, assuring His disciples and us that He’s truly the Messiah.  By this time there shouldn’t be any question in our hearts and minds as to who Jesus is.  Remember how Jesus asked, “Who do people say that I am?” and Peter answered, “You are the Son of God”.[1]  Jesus Christ perfectly radiates the glory of God, exactly representing His Father’s likeness, free from all impurity.  Later His glory was made visible in the Resurrection; and in the future His uncreated glory, the same glory the disciples saw on the mountain, will be seen by all at His Second Coming.  Jesus became incarnate for this reason, to reveal God’s glory to the world.

The promise of heavenly reward

Unfortunately, for some in this world, the notion of God and of religion is for the weak who can hardly make it through life, but need a cane or crutches to walk and a system of belief in a God who makes promises.  Yet for us who believe, there’s something more.  Even when people don’t believe in the existence of the God of Abraham, Isaac and Jacob revealed in Jesus Christ, it doesn’t change the fact that He exists.  Even when people don’t trust God, it doesn’t change the fact that He can be trusted, and that God makes promises and fulfils them in His time.

Believing in God isn’t only about life here on earth.  Sometimes people think they need to believe in God because our pilgrimage here on earth has its challenges.  Truly we need God’s help; He promised to be with us, as with the children of Israel in their journey in the wilderness.  But there’s more: those who believe will see the manifestation of God in some shape or form.  Others say, “I will only believe when I see”; but as Christians we say, “believe, and you will see”.

Better yet, you will receive a reward.  The Bible is unashamed to tell us of our heavenly reward.  Jesus tells Dismas, the penitent thief, “you will be with Me in paradise”.  The Bible is filled with promises which sometimes we forget, which will be fulfilled after we go through this journey:

Let’s not forget the great and precious promises God puts in front of us to encourage us.

Jesus’ Transfiguration foreshadows resurrected humanity, to be consummated at His coming.  It’s the restoration of Adam and Eve, and of what they forfeited when they rebelled against God: they were found naked, stripped of everything God gave them, His glory in creation.  As we’re reminded of these rewards which we await, the promise of the Transfiguration is that the righteous will shine with God’s glory.

May this message encourage us all: we need to continue to run the race that’s set before us, because the trophy awaits us, and God is with us.