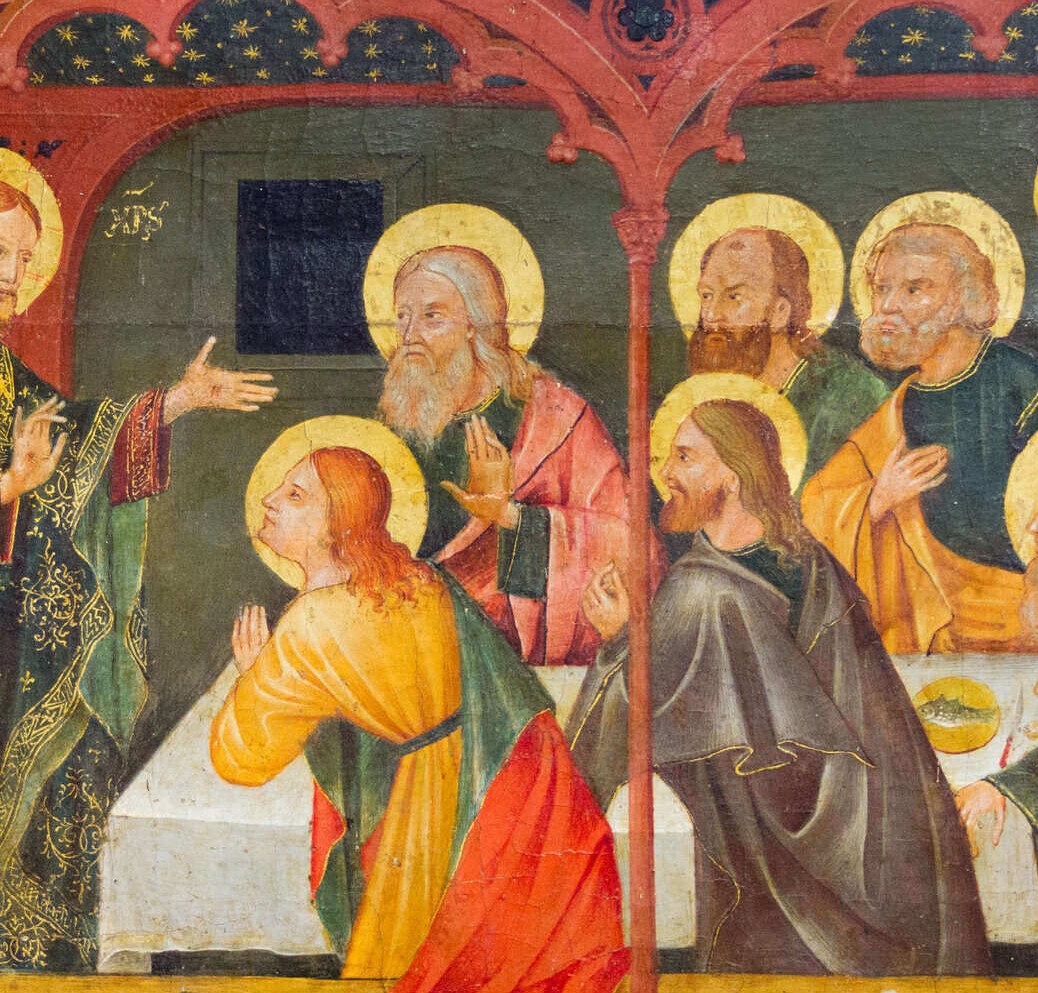 Easter is a time of great celebration: with joy and gladness we celebrate Christ’s victory on the cross.  As we reflect upon it, we have the eternal hope humanity needs.

The Song of Moses

After Moses and the children of Israel crossed the Red Sea, they were overjoyed and sang a song to the Lord (Exodus 15:1-3).  This is the kind of song the Church should sing during Easter.  He has triumphed gloriously: His triumph is your triumph; His victory is our victory.

The Song of Moses reminisces other Biblical stories of jubilation:

With the Magnificat from the lips of the Blessed Virgin Mary, these all say the same thing: a song of praise, triumph and victory.  The Song of Moses is the first great song in Scripture; it prefigures the song the Bride sings to Christ her Husband – the Bride of Christ is the Church.

In today’s Gospel, the first thing Jesus said to His disciples when He appeared to them post-Resurrection was, “Peace be with you”.  Often when we do something we know isn’t of God, we think God doesn’t accept us any more, rejects us, and doesn’t love us any more: we lack confidence to be in His presence.  That shouldn’t be so: whenever we go to church, even if we’ve disobeyed God, the first thing we hear from Him is, “Peace be with you” – not condemnation but peace.  If we feel a sense of awkwardness because of something we’ve done, don’t listen to the lies of the enemy – listen to these words: “Peace be with you”.  God is not against you, God is not angry with you, God will never leave you nor forsake you.

We often hear him called “doubting Thomas”; yet both Matthew and Luke record that the other disciples also doubted the Resurrection.  Humans are humans; I would probably have struggled – no one had ever resurrected from the dead.  We can only guess what was happening in Thomas’ mind.  Did he not want to appear credulous, believing the others’ words without seeing for himself?  Perhaps he questioned whether he could really trust them: they were as bothered as he was about the perplexing events of the past two days, and their emotions were probably like a roller coaster.

Thomas was more introvert, perhaps more practical – the school of thought that aids ordinary people to brace up in adversity, face disaster bravely and cope with courage on a bitter day.  A thinker of this sort is less interested in exploring the essence of things, but more concerned about getting through life without falling to pieces.  Thomas was concerned about sobriety of the soul, suspicious of anything resembling fun: “Let’s not be too expectant; better not raise our hopes too high, to avoid inevitable disappointment”; or, “If anything can go wrong, it probably will – get used to it”.

Jesus singled out Thomas for this gentle correction: “Do not disbelieve, but believe.”  Thomas, overpowered by the Lord’s words and this encounter, said, “My Lord and my God”.  Jesus then said, “Blessed are those who believe and yet do not see”.[1] We should be thankful to Thomas, who demonstrated the sentiment expressed by mankind through all ages who would struggle to believe the Resurrection story.  We didn’t have the privilege of seeing the resurrected Lord or touching His side: we must believe the words of the witnesses.  Thomas was speaking about us: some may doubt or struggle with the Resurrection story.  Humans are quick to believe what we hear and see.  We don’t see the virus; we only see how it’s affecting people.  Jesus told Nicodemus, “You don’t see the wind – you feel it and hear the sound when it touches leaves and branches; but you cannot see the Holy Spirit.”  We don’t see God with our eyes – only through the eyes of faith – but we see His undeniable work in our lives.  What about the spiritual realities of the Resurrection?  It’s necessary to receive the gift of faith, which allows us to believe and accept things that aren’t evident to our physical eyes.

Without the Resurrection, humanity’s plight is utterly hopeless amidst a culture of death.  Many have concluded that religion is to help cope with the debilitating effects of sin evidenced in the human predicament: we can rejoice for a moment while we’re young and aim for success while we can, but one day we’ll each face our mortality.  Alexander Schmemann said, “Help is not the criterion; Truth is!  The purpose of Christianity is not help people, but to reconcile them with the notion of life and death… to reveal the Truth about life and death”.  This puts death in proper perspective.  Many don’t like to talk about it – in our time we deny and try to escape from it.  But the truth of what Christ has done – the Cross and the Resurrection – helps people see from the proper perspective – not from man’s perspective, because it’s quite impossible.  Through the Truth we begin to see life and death; only then can we be saved by the Truth.

Salvation isn’t identical with help: Jesus, Schmemann said, didn’t die on the cross to help mankind, but to bring salvation – He conquered death by His death.  Jesus isn’t merely offering help – He’s offering victory.  We who believe in Him aren’t meant to survive, but to thrive, because we have Christ’s victory.  It’s not to help weak people, but to give hopeless humanity the hope that can only come from God, and the victory they couldn’t acquire for themselves.

For those who haven’t yet seen the resurrected Christ, we believe the witness of His Resurrection.  God’s promise is that we can taste and see the Lord is good.