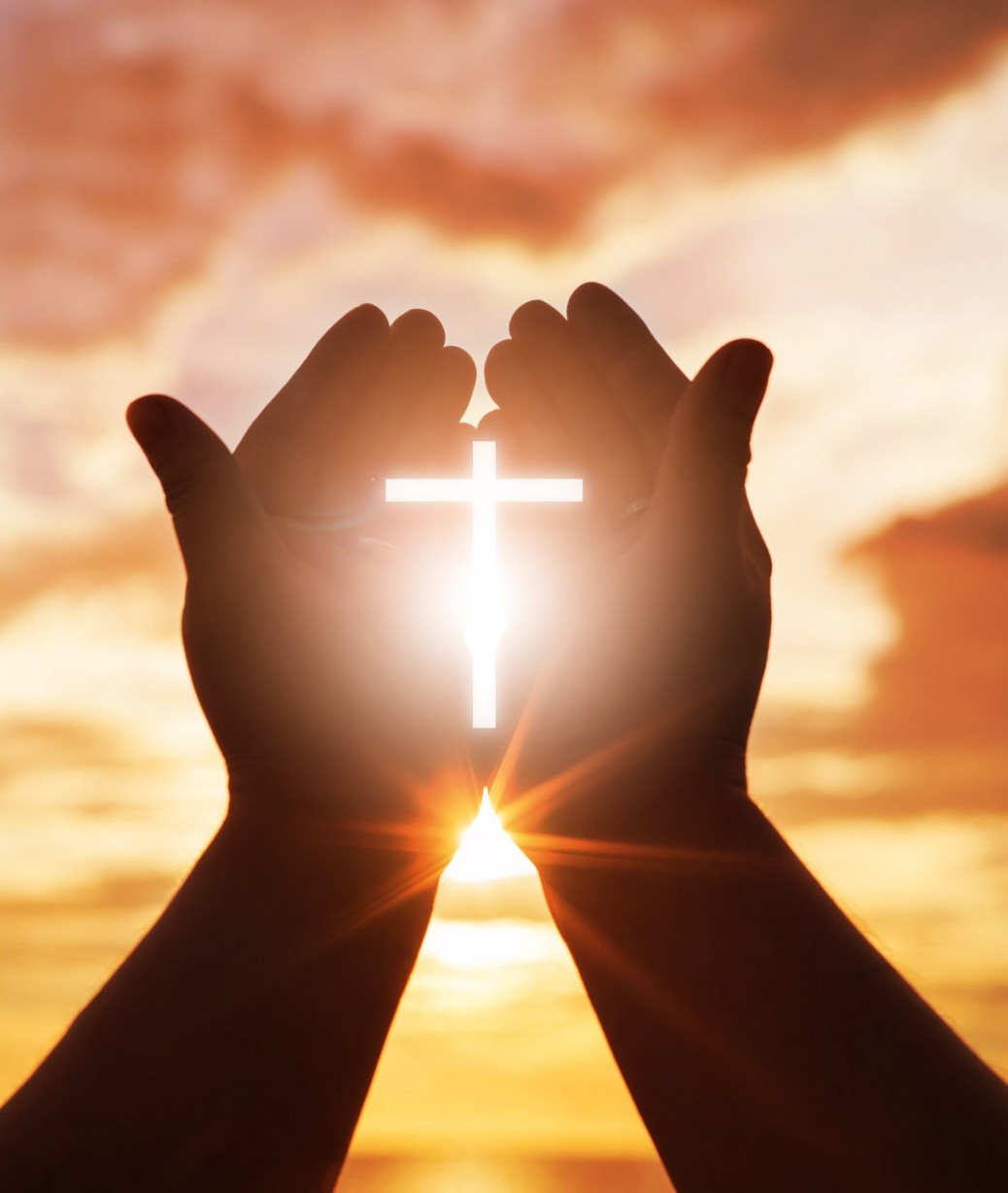 We Christians gather on Sundays to proclaim the power of Christ’s Resurrection: we sing hallelujah, dance, acknowledge God’s presence in the Eucharist and hear His holy Word.  However, Christians aren’t immune or exempt from the problems the world encounters.  Let’s ask ourselves, how should Christians face such difficult situations in life?  What happens to our shouting and rejoicing at church?  Difficult times shouldn’t make us less a Christian.  What is our attitude in the midst of a pandemic: is it only for self-survival?  It’s a test of our faith.  We can’t say we’re not a Christian when we’re outside the church – it’s our mission to the world to proclaim who Christ is, what we rejoice about, what we hear from His holy Word.  The pandemic is a challenge for us all to be a witness to Christ to the world around us.  In difficult times we can be a witness to His power, His life in us.  We’re not Christians by name but because we’ve received Christ in our hearts.  The world longs to see Christ in the Church.

The greeting of peace

In today’s Gospel, after Jesus met two of His disciples on the road to Emmaus, they returned to the others to announce, “We have seen the Lord!”  As they were gathered that evening, the Lord appears in their midst and greets them with peace.  The greeting or kiss of peace is a sign of respect, or of a friendship or bond, that ancient Jews practiced: Isaac kissed and blessed his son Jacob; Jacob did the same when he reconciled with his brother Esau.  In Jesus’ time the kiss of peace was a courteous preliminary action before a meal.  He was betrayed by Judas with a kiss.  Modern Israel continues to greet each other with peace or shalom.

The resurrected Lord appears suddenly without a knock on the door or someone opening the door.  Their immediate reaction was that this is a ghost.  Jesus’ salutation of peace and His presence were much needed for the disciples, not only because they saw a ghost, but because His arrest, suffering, death and now His resurrection from the dead caused much perplexity and confusion.  Our Lord says, “Why are you so troubled?  Wasn’t this said about Me by the prophets, patriarchs and psalms?  Didn’t the Old Testament say this would happen?  Why do you let doubt enter your heart?”  Christ’s Resurrection was the first event of its kind in the history of the universe – no one had ever seen anything like it before.  However, His appearance was to assure His disciples that it was Him indeed – not a ghost, but the One they’d walked with for three years, whom they’d seen perform miracles, multiply the bread, and raise Lazarus from the dead: the same Person.

Witnesses of the Resurrection

Jesus opens their understanding through the Scriptures regarding the mystery of the Resurrection.  We need to ponder and let this mystery be in our hearts and understanding: it’s not confined to one’s intellect, but something Christians should experience in His presence.  It may prove challenging for humans to recognize the resurrected Jesus, as it was to His disciples.  If Jesus knocks on your door, would you recognize Him?  Mary Magdalene thought He was a gardener; would you think He’s an electrician or someone trying to collect bills?  The resurrected Lord is known through the heart, not through the eyes of man.  We’ll know Him when we see Him, because we’ve known Him in the heart.

Why did Jesus for forty days appear to His disciples?  It’s of utmost importance to them, since they’ll become witnesses of His Resurrection, to proclaim this to the world – His Resurrection is something that really happened – that it would be passed on from one generation to another.  That’s what the Church is doing, more than anything else: not only to celebrate, but to proclaim Christ’s Resurrection to the world.  Later, John would write, “What we looked upon with our own hands concerning the Word of life”.[1]

In the Old Testament, providing peace for His creation is God’s character.  It comes through adherence to God’s will, expressed in His spoken Word, obedience, and fulfilling the Covenant promises and the Law.  Beyond a greeting, shalom is peace in its fullness, in every aspect of the person’s life.

For many, peace means absence of conflict or war, or lack of disturbance: from a human standpoint it’s dependent upon what’s happening in our surroundings.  It might surprise many that Jesus waged war on the cross, and His wounds were inflicted as a result; Calvary was the place of conquest where He delivered humanity and all of us from satanic bondage.  Soldiers are wounded in war and sometimes lose their limbs; the only way not to be affected is not to go to combat.  Jesus went to the cross and waged war on our behalf: Calvary was the scene of combat, and true combat normally involves some component of wrath.  Christ’s redemptive death was the supreme and ultimate instance of warfare ever waged in this world.  War is brutal; so it was at Calvary.  His struggle on the cross was the battle to end all strife, for it introduced into human history the key to its final and definitive peace[2] (Colossians 1:20), so we would be at peace with God, so relationship with God would be restored.  The early Church had such an understanding, to which they firmly held.  We can only wonder how they went through intense persecution – some were eaten by lions or placed into boiling oil alive.  They knew what spiritual battle was, and death didn’t affect them.  In Paul’s words, Christ’s death brought reconciliation between God and man.

If Jesus is the Prince of Peace, peace is only possible where His Kingdom reigns and His Lordship is acknowledged.  The fact that Christians are invited into God’s presence and feed at His table speaks of the peace and reconciliation He’s extended to us all.  Subsequently it becomes the foundation for our peace with one another.

When the Church gathers together and shares peace, it acknowledges Christ’s presence, and thus peace, in our midst.  Christians experience the peace they’re in search of, not from outside but from within, because Christ is Lord over their lives (Philippians 4:7).  Whatever happens around us, you and I can have God’s peace: it isn’t dependent upon things that are happening around us – it’s in us, because Jesus reigns in our hearts.  C. S. Lewis said, “Life with God is not immunity from difficulties, but peace in difficulties”.  The world is undergoing and experiencing very troubling times; we need peace more than ever.

When Christians gather together, separate from the world, Christ our Victorious Champion is present.  It’s precisely when we experience the peace that surpasses human understanding.  It happens sacramentally when Christians gather and share peace with one another, because the Mass, the gathering of the faithful where God is present here and now, is a dimension of His Kingdom.  The Kingdom of God we talk about is made manifest and demonstrated when we gather together in the holy Mass.  It’s more than a Christian duty – we proclaim God’s Kingdom and the peace that surpasses human understanding.  Christians can experience peace because we gather in God’s presence.  It’s more than peace with one another: first it’s peace with God, and then with one another.

As we leave the holy Mass, as the Mass is ended, the priest says, “Go to the world”.  We share that peace with the world and let them know it can only come from Christ: we bring Christ to the world.

Let’s rejoice, because Jesus waged war and won victory and peace for us.