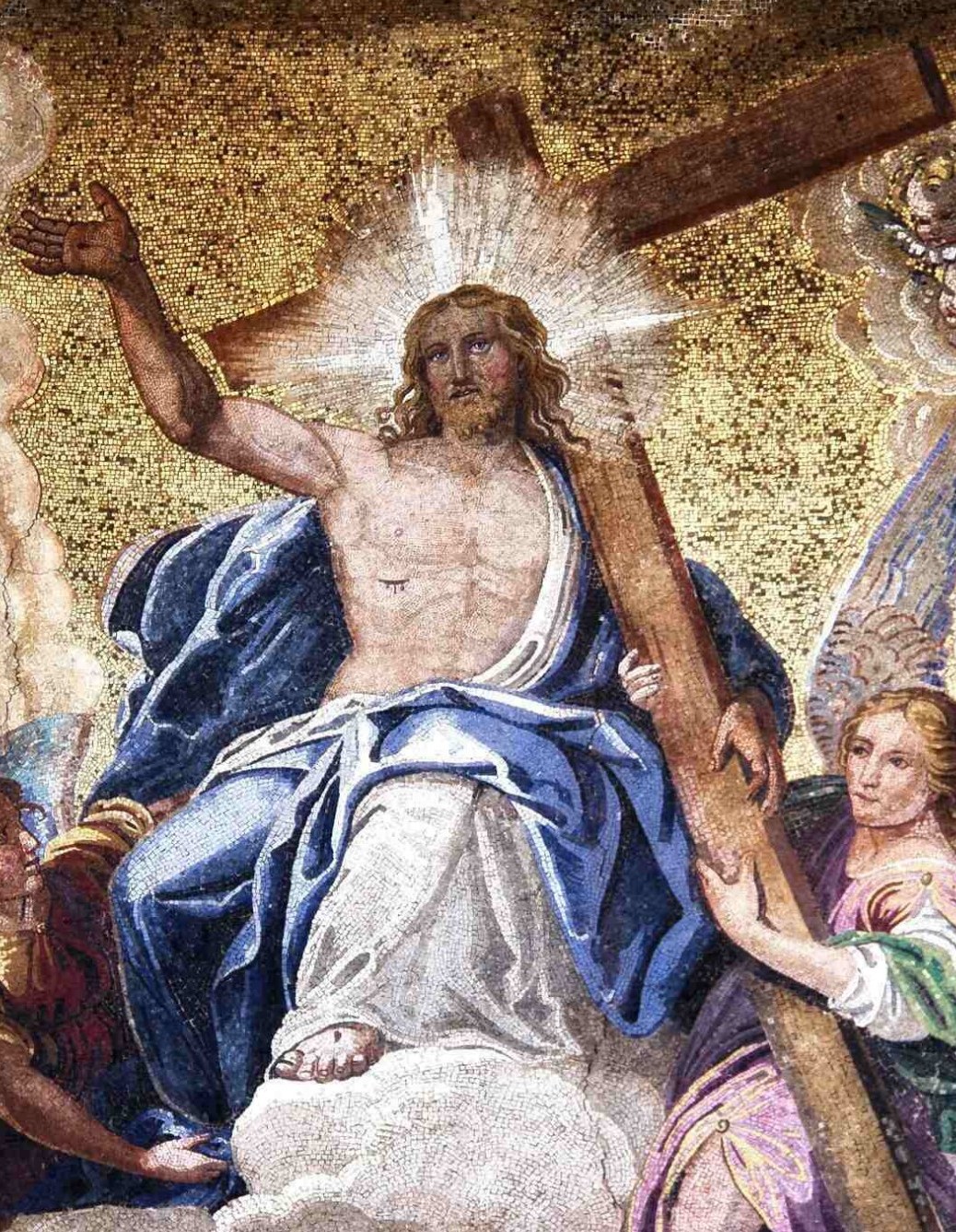 Today we join the Church in celebrating Christ’s ascension to heaven.  After 40 days of Easter, in which the disciples were gradually grasping Christ’s death and resurrection, when all seemed to have been fulfilled, they finally asked the resurrected Lord, “Is this the time when You will restore the kingdom of Israel?”  (They understood that the promised Messiah would do this.)  Jesus’ response greatly surprised them: “It is not for you to know the times and periods the Father has set by His own authority”.[1]  They thought they’d got it figured out, yet Jesus alluded to the fact that God had another plan.  They wanted Jesus to stay, but He said He must ascend to heaven.  That meant some unaccomplished work: He went to present His sacrifice – His death on the cross and His resurrection – to the Father for the salvation of mankind.

Let’s consider the Old Testament priesthood.  The Scriptures provide a genealogy for many characters, but not for Melchizedek.  He appears and enters the story, then abruptly he’s gone; nothing is said about his ancestry, life and death.  He appears “without father or mother, without genealogy, having neither beginning of days nor end of life”.[2]  The Epistle to the Hebrews explains a little of who he is, and that he’s a prototype of Jesus, pointing to His High Priestly ministry.  Genesis 14:18-24 tells us five things about Melchizedek, whose name means “righteous king”[3]:

Old Testament Israel was unique as a people redeemed by God, brought out of slavery from Egypt to the Promised Land, a people God chose for Himself.  Then the Old Testament priesthood was instituted, with Aaron, Moses’ brother, as the first high priest.  One of the most influential people in Israel, the High Priest was responsible first and foremost for the nation’s spiritual welfare, in particular making atonement for the sins of the people.  Before this, Moses played the role of priest: when God said He would destroy Israel for making the golden calf, Moses said to God, “You might as well destroy me”, and God relented.[4]  The New Testament recognizes Jesus Christ as bringing this role to fulfilment.

Atonement (some say, “at-one-ment”), meaning reconciliation, was necessary because sin alienated humanity from God and provoked His anger.  God responded by providing the means of restoring this broken relationship, bringing both sides to be at one again.

On the Day of Atonement, the High Priest entered the Holiest Place in the temple once a year – only he was permitted to do this – where God’s presence and the mercy seat were.  He offered a sacrifice for himself and for the nation of Israel.  On his breastplate were twelve stones representing the tribes of Israel: he brought the whole nation before God.  Through this, Israel became a recipient of God’s earthly blessings.  There was a sacrifice, and the blood was offered and sprinkled on the mercy seat; but he had to do this once a year, as if there were an expiry date.

Jesus brought this high priestly ministry to fulfilment, making the perfect sacrifice for the sins of His people – playing not only the role of High Priest, but also that of Sacrificial Victim.  The Ascension is when Christ entered a temple not made with hands, not an earthly temple, but the true temple in heaven, as High Priest of the New Covenant.

Saint Paul exhorts Christians: “If you have been raised with Christ, seek the things above where Christ is, seated at the right hand of God.”[5]  Mostly we think of God’s blessings as earthly, but there are spiritual blessings on which we need to set our eyes.  We need our daily bread, shelter and family, but far greater blessings are in store for us in Christ.  As priests in Christ, we pray not only for earthly blessings for people.  We turn to God and pray every day for protection for all, and guidance for every one of you and for the Church; but beyond that we pray that God’s people will inherit His spiritual blessings.  The priest doesn’t only celebrate the mass on Sunday: we pray every day that you’ll never forget God but draw closer to Him.  If at times people become lost like a sheep that leaves the fold, we pray that God in His grace and mercy will bring them back; that even when at times we become wayward and do our own thing, God will pour upon His people His forgiveness and restore relationship; and that He may continue to bless us, not only materially but also spiritually.  Pray for your priest, because that’s his responsibility.

We’re thankful for the Priest in heaven, Jesus Christ, who is God-in-Man.  For the first time there’s a Man in heaven, Jesus Christ, and where He is, one day we’ll be also.  He prays for us every day: even as the world reels through this pandemic, Jesus is praying all the time.  And the Church in heaven, those who’ve gone ahead of us, is also praying for us, that we might fight the battle and win the war, that God may turn us to be truly His people.