The Feast of Corpus Christi 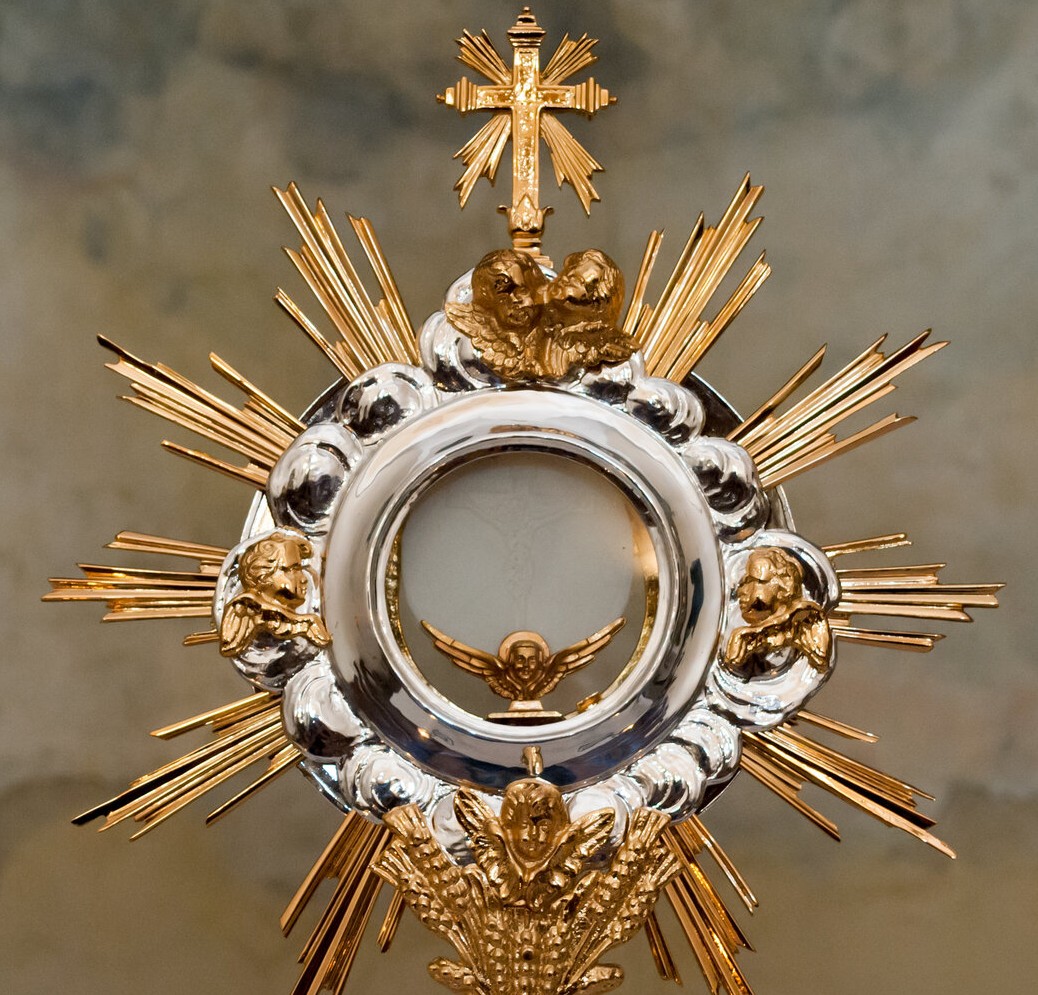 On Maundy Thursday, during the Last Supper, the Lord instructed His disciples and the Church to celebrate the Eucharist until He returns: this is our vocation.  The institution of the Feast was largely owing to the influence of Blessed Juliana in the 13th century, a devout nun of Liège, Belgium, who responded to a vision; by 1264 its observance was commanded by Pope Urban IV.  By the 14th century it was universal in the West, and commemorated by an outdoor procession with the Blessed Sacrament.

Awakening to our need

During the past 15 months the world has experienced a pandemic; economies came to a screeching halt.  Millions have been affected physically, financially, socially, emotionally and psychologically.  Masses were disrupted or cancelled.  Churches have supported struggling parishioners with physical and spiritual sustenance, and in some cases celebrated open air masses; many Christians turned to prayer and services online.

This may have been a wake-up call: life on earth is fragile, and there’s a need to re-evaluate what is essential.  In the past were the Industrial Revolution and the boom in materialism; for the past 500 years, the West has been permeated with secular humanism.  Even the faithful have to choose whether Sunday is a day of worship, or leisure, or an opportunity to work to make ends meet.  Many people’s values have been shaken to the core, with the realisation that death is lurking around the corner: we’ve been confronted with the reality of human mortality.  Many of us realized a greater need for God, His abiding presence, the hope that the world cannot give but that comes from Him, faith in Him, and the need to pray for daily protection.  Many have come to understand the importance of God, Church, community and family.  We don’t appreciate how important Jesus is until He’s the only one to whom we can turn.  It’s easy to take things for granted until they’re gone.  We need to be prepared to return to daily life, and build on that understanding.  We can be thankful, not to vaccines, but to God who gave people the ability to develop them.  The “silver lining” of past events is the lessons we can learn.

To be a sacramental Christian is to have a profound Eucharistic notion which is central to worship.

Worship may go up to heaven in various fashions:

These are all praise brought to God’s throne room in diverse ways.

Sacramentally, the Mass is where the entire chorus is gathered and brought to a point where we who are made in His image stand before the Most High God on behalf of the whole creation.  Worship is grounded upon the belief that God gave creation’s stewardship to Adam and Eve; subsequently, they stood for the rest of creation as priests before Him.

Something drastically changed, plunging the whole world into tragedy and ruin; it was the opening of the gates of hell and the unleashing of unmitigated demonic activity in human affairs.  The joy of worship was turned to sadness: instead we hear the sigh of the oppressed and the poor, the groans of the sick, and the cries of empty hearts.[1]  How did creation come to this from Eden?  Human disobedience was its collapse, and that also of creation.

Thanks be to God for the Saviour who became the Lamb of God, offering Himself to the Father on our behalf as a sacrifice that brought Adam and Eve and you and me to life.  The world was like the valley of dry bones; God said to Ezekiel, “Do you think these bones will live?”  Ezekiel wisely didn’t answer yes or no, but, “Lord, You’re the only one who knows”.  The valley of dry bones was a sign of hopelessness, but because of Christ’s offering Himself on the cross on our behalf – everyone from Adam and Eve to the last person who will live on earth – we’re restored, reconciled, brought back to life, gathered by the winds of the Spirit from the ends of the earth.  Man can finally offer to God a chorus of adoration.  Our praise is received by God through the mediation of Jesus Christ.  He paid the price, therefore worship becomes central to Christians, to those who are redeemed.

Worship is a combination of sacrifice and praise.  We bring God praise for what He has done.  We also bring the fruits of the earth before Him who owns everything: He gives us the seed so we can give something to Him.  Worship would be unthinkable without sacrifice and praise; they’re inseparable, not two separate activities but one.

Why is worship so necessary?   More than a religious imperative, it’s the proper response from recipients of God’s love and mercy.  It’s the only logical, plausible, moral, spiritual, human response to His greatness demonstrated on the cross.  We need to take a very important day to celebrate what God has done; otherwise we lose the understanding, and its power and effect on our lives – not only for us, but also for the generations to come.

Behold Christ’s sacrifice.  The cross leads us in procession to the altar; hence we enter into a dimension of God’s Kingdom on earth.  The Church becomes the Sacrament of the Kingdom until the end of time.  The Holy Mass is where this takes place and is made present; it changes people’s lives.  The Mass is where man meets God and God meets man.  We hear the officiant say, “Behold, the Lamb of God who takes away the sin of the world.”  Doesn’t the Bible say we’ll taste and see God’s goodness?  It’s more than a phrase repeated every Sunday – we’re redeemed from sin and death; and subsequently from sorrow, hopelessness and mortality, all of which are passing away.  In replacement we receive the joy in the Holy Ghost, hope which is the anchor of our soul, and life eternal.  All this happens in the mystery of the Sacrament of the Holy Eucharist.  Jesus said, “Whoever eats My flesh and drinks My blood has eternal life”.  “Just as bread from earth when it receives the invocation of God is no longer common bread but the Eucharist, made up of two elements, one earthly and one heavenly, so also our bodies, in receiving the Eucharist, are no longer corruptible, for they have the hope of resurrection.”[2]

Live-streamed services have inundated the web, but can’t replace the physical coming together of the faithful.  We need to worship sacramentally, evangelically and charismatically, to gather around the table of the Lord with renewed zeal and devotion.  That’s when we meet, touch and partake of God.  It’s this way because of our faith.  Some may be perplexed by the way we understand the Eucharist: how can it be the body and blood of Christ?  It’s God who does it.

I look forward to visiting you and having a celebration of thanksgiving to God.  I commend those who’ve been gathering together physically, and thank the clergy who’ve sacrificed.  I look forward to gathering with the faithful of our diocese to celebrate God’s goodness and greatness in the Eucharist.