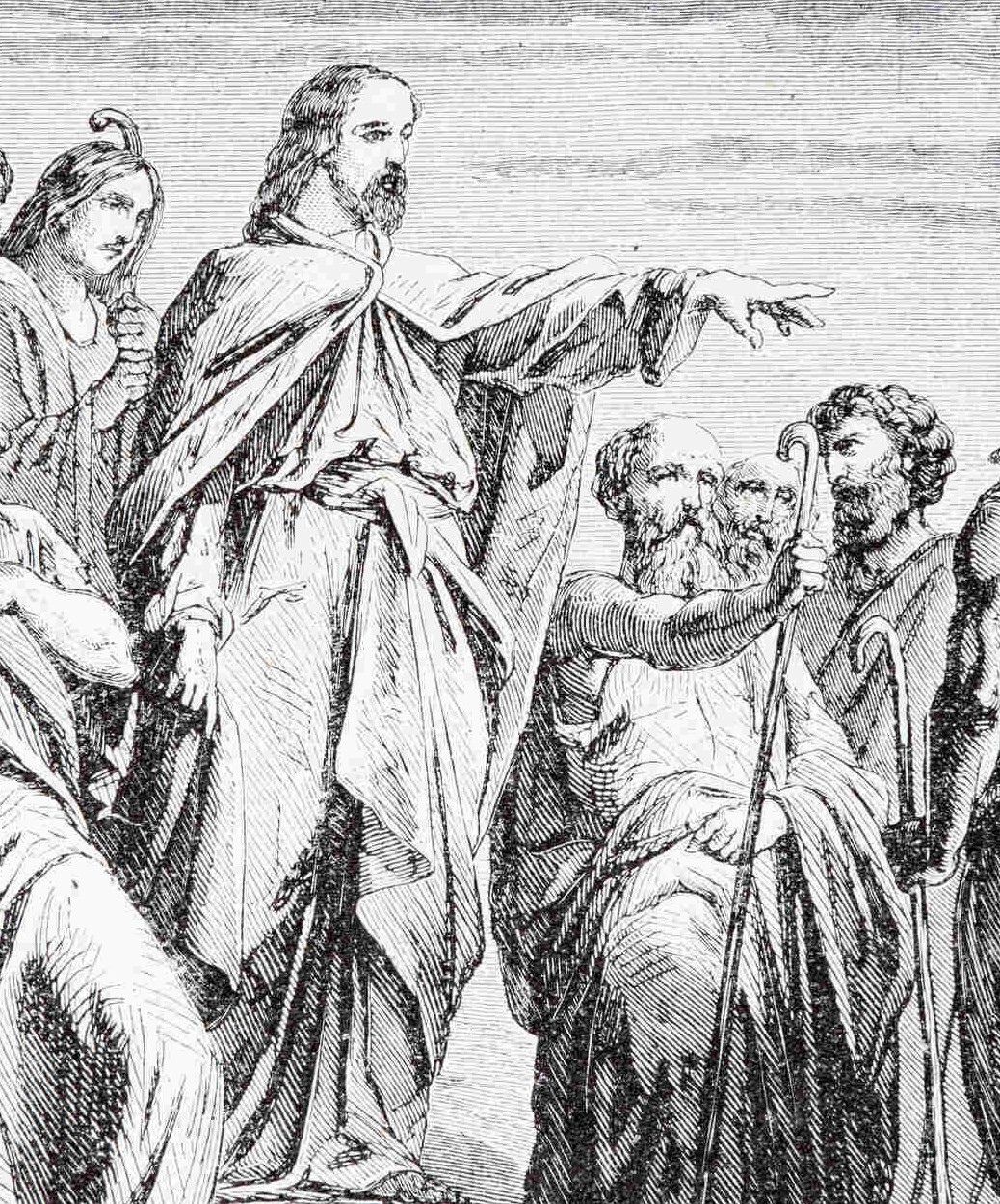 Many of us have grown through times of difficulty and crisis.  When we’re in the valley, God shows how great and mighty He is.  God is not only in the mountains – He’s with us in the valley, where He prepares us for what is to come.  He has enabled us to feed many people with a message of hope; I’m thankful He’s allowed us to be part of what He is doing in our lives and in the earth.

In Europe the weather is beginning to change; for many people, summer is vacation time: they take a break after many months of work in the difficulties of winter.  It’s time to take a breath of fresh air, a time of refreshing and rejuvenating, to catch up with family and relatives.  I hope it’s an enjoyable time; for those who remain in the city, may our refreshing be in the presence of the Lord.

Like nature, life also has its seasons.  There was a time when our parents took care of us and we were dependent upon them.  Later you have a family and people are dependent upon you.  When we were younger, we climbed mountains and rode roller-coasters; we were invincible, and wanted the thrill.  Sooner or later things begin to change; when we were younger, our priorities were different than when we’re more seasoned in life.

Let’s look at this season through the lens of the Church’s liturgical calendar.  Ordinary Time stretches from after Pentecost until late November or early December.  By this time, the Church has celebrated the different seasons from Advent to Easter.  We trace Christ’s life through a three-year cycle of readings: His Incarnation, Manifestation, humanity, suffering, Crucifixion and Resurrection.  As part of God’s plan, all this resulted in the new creation: the fashioning of the Church, the new Eve.  The Church receives the love of God, the life of Christ and the presence of the Holy Spirit.  Humanity receives forgiveness, is released from slavery to sin and death, and becomes new in Christ.  In His Ascension, Jesus enters the holy of holies in heaven, where God listens to the prayers of His people; this opened a door for the ministry of the Third Person of the Trinity in us, to empower the Church and transform us into Christ’s likeness – “When we see Him, we will be like Him”.

At Pentecost, Christ empowered His disciples to continue His earthly ministry: what they witnessed and heard that Jesus did, they must now do as the Holy Spirit empowers them.  The Feast of Pentecost inaugurates a new season in the Church.  In Judaism it’s called the Feast of Weeks, which was seven weeks after Passover; it expressed joy and thankfulness to God for the harvest.  Because of the planting of the life of Christ, the grain that falls into the ground and dies will now bear fruit.  The Church is to gather the harvest from all tribes and tongues, from the four corners of the earth.

The word “church” can mean an edifice or building, a place where Christians gather together; but it also means the people of God, the temple made not with hands but with living stones.  In Ordinary Time, there are things the body of Christ does.

First, sacramentally, the faithful gather around the table of the Lord; that’s what Jesus said.  Her worship reaches its apex in the Eucharist: a proclamation and celebration of Christ’s life in the midst of death, that life conquered death and the cross conquered the power of the enemy.

Through the power of the Holy Spirit and the Eucharist, God’s presence is released in the midst of those gathering around the table, until the end of time.  That’s the gift of Christianity; that’s what it means to worship God on Sunday, and to be the Church, the body of Christ.  Do this as often as you can in remembrance of Me, until I come, Jesus told His disciples, and I will be with you until the end of the age.

May Matthew 28:19-20 guide and lead our thoughts and hearts to what God has called the Church for, her mission and purpose, and the great ability and opportunity for us to participate in Christ’s earthly ministry.  This is not a suggestion but a command: disciples aren’t born but made.  The Church is to bring people, family members and our children, to the waters of Baptism, as if to the River Jordan.  She’s called to teach the nations, and proclaim the life of Christ and the power of Christian living.  There’s no alternative – Jesus is the Way, the Truth and the Life, and there’s no life outside Christ.  There’s no meaning and purpose in life without Him.  Those who are in Christ have power over sin and can stand against the schemes of the evil one; the Church, and every Christian, has been empowered when they’re in Christ.  Life in Christ is full of meaning and purpose.

Filipinos in Europe feel we’re away from our homeland, and like to hang around with other Filipinos.  After gathering around the Lord’s table, we like to stay in God’s presence.  The disciples on Transfiguration mountain wanted to do this; the psalmist said a day in God’s presence is better than a thousand outside.  However, the celebrant says, Go forth into the world, proclaiming Christ:after gathering, we’re to go to the world; as Jesus said, Make disciples, teach them, show them, be a witness to them of My conquering life.  The world needs to hear the message.

We’re sent to proclaim Christ to the world

In today’s Gospel, Jesus calls, empowers and sends His disciples.  I call this divine apprenticeship.  In essence He was saying, You’ve seen Me do it; I’ve taught you many things.  Now it’s time for you to do it; and God will be with you by the power of His Spirit.  There’s a chasm between what we learn in the classroom and in real life.  The disciples get to practice what they’ve seen and heard, with Christ’s plan of handing His earthly ministry to you and me and to the Church.  He said, “Take no money bag”: the Lord of the harvest will provide through those who receive the Gospel.  Those who receive the message receive God.

As one of the Church Fathers says, God gathers us every Sunday, then scatters us (in the good sense) to go to the four corners of the world, to its crevices.  When we come to church – when we become the Church – and receive Christ in the Eucharist, we have a responsibility to bring that life to the world in which we live.  In a sense, we’re all Christ’s missionaries to the world; like the disciples, His earthly mission has been handed down to you and me, to every mission, parish, diocese and territory.  Let’s be mindful of that mission to our city and to the continent of Europe.