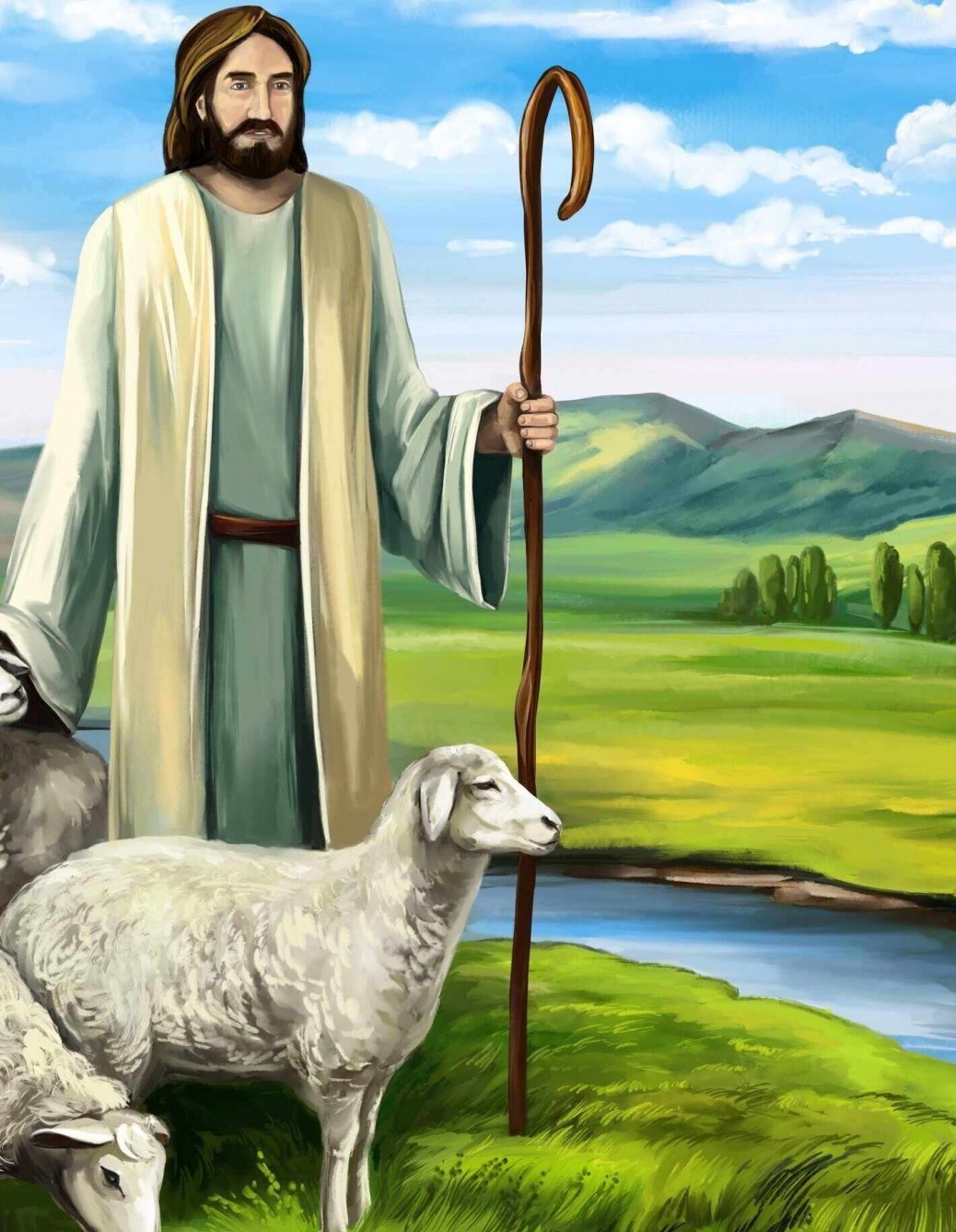 Today’s readings remind us of our relationship with God and the way He treats us. Psalm 23 was written by King David, who knew what it was to be a shepherd himself. God says He’s our Shepherd and we’re to be His flock. The Bible is full of images such as the Bridegroom and the bride, to give us an understanding of our relationship with God, the bride being pure until Jesus the Bridegroom comes. God as our Shepherd takes care of us; we cannot take care of ourselves, and we as His flock need His guidance and care. Sheep are naturally docile, obedient without complaining; but some are unruly. The first reading speaks about how Israel’s religious leaders failed to become good shepherds to the nation; hence God would come in the Person of Jesus Christ as our true Shepherd.

Jesus fed the multitudes twice; the first occasion is recorded in all the Gospels. We tend to say, “I’ve heard this before” – the Church’s three-year cycle represents Jesus’ three-year earthly ministry, and we hear this story every year. We pray the Lord’s Prayer and recite the Creed every Sunday – because sometimes we forget. The Church is to remind us of what God has promised.

Jesus looked at the multitudes and was moved by compassion. People used to say, “I think”, but now more say, “I feel”: we’re more influenced by our feelings. Compassion means to be with those who are suffering. It doesn’t say Jesus felt compassion, but that He was moved by compassion: there’s a big difference. Being moved by compassion means it leads you to do something – you can feel pity but not do anything. Jesus, when He saw the multitudes, didn’t only feel – He turned to His disciples and said, “Why don’t you do something?” They said, “There are thousands of people” (women and children weren’t counted in the 5,000). They found a boy with five loaves and two fish, and He multiplied it.

When we started live streaming, the Lord said, “You’ll be feeding people around the world with the Word of God”; that has been my motivation every day.

Think of the people of our city: how does God look at them, and at the world? Is He moved by compassion as we see the world go through this pandemic? Are the people sheep without a shepherd? Are people lost in the complexity and labyrinth of life, so they don’t know where to go?

People have suffered: globally, 190 million cases have been counted; many have recovered, but 4.08 million have died. The daughter of one of our parishioners in Milan was infected; he asked for prayer, and told me he’d done everything he could – he didn’t want to send her to hospital in case he didn’t see her again. Abp. Ricardo started coughing and went to hospital; a week later they tried to revive him, and after two days the family received his ashes. One man was in hospital 13 months. We’ve lost two people in our diocese.

I’m sharing this not to cause fear, but because we’re not completely out of the woods yet. It’s not the time to let down our guard: we need to pick up our weapons again, sharpen them, and continue to fight. If it kills and destroys, it’s not of God – it’s of the enemy.

We need to rely on God

People have lost their loved ones and their livelihoods, children were prevented from going to school; we can’t imagine the social and psychological ramifications, not to mention the loss of trillions of dollars. I’m not saying we won’t recover and rebuild our lives – we’ll fight, not with our strength but with God’s strength and ability. We’ll continue to rely on God’s protection.

God isn’t looking at the world in judgment and saying, “Look what you got by experimentation!” He’s moved by compassion: He only looks at the world in one way. Many of us realised how important the Church is, and that when everything else is taken away, only Jesus can help us, and He becomes very important to us – sometimes we don’t realise until something happens. The Patriarch calls it “holy desperation”.

We’re called to help others

We’ve stood as a community, called and tried to help each other. I’ve prayed for people who were in ICU. Some people sacrificed food to help others: that’s what it is to be a community and a family. A community that sticks together will always survive what comes its way. Often we think, “I need to think of myself”; but if you know God protects you, you learn to reach out to others.

We thank God for protecting us, but there’s something else He wants us to do. The disciples wanted to send the multitudes away, but Jesus said, “No – do something.” He wants us to trust in God’s never-failing help and, being moved by compassion, help others. When one of our people came out of hospital after COVID and needed to be taken home, I volunteered – not because I’m a hero; but as Christians, what do we do in these times? We’re in the world but not of this world; the recurrent question Christians have is, “How do I live my life?” We need to ask ourselves what we do when the world and our neighbours are suffering. When our neighbour needs food, what do we do as Christians?

Recently the King of Spain led the country in honouring medical staff and others who faced the virus, risking their lives to save others. We couldn’t be there because we’re not medically trained, but we’ve prayed for them every day for 440 days.

There have been pandemics in earlier times. 100 years ago the Spanish flu killed 20 to 50 million people; nowadays flu is regarded as normal. COIVD has killed 4 million. Someone asked me, when we’ve been praying more than a year, why are people still dying? I answered that in any kind of war people are killed, including innocent casualties. But I’m thankful we prayed. Everyone is precious in God’s eyes, and we don’t want anyone to die; but I believe He’s answered our prayers, because fewer people have died. Thank you for praying with me. We only lose heart when we stop praying. You don’t find time to pray – you give time; and God always listens to our prayers. God is with us, and we’ll be a stronger people. We can look back one day, and learn.