God is the God of justice 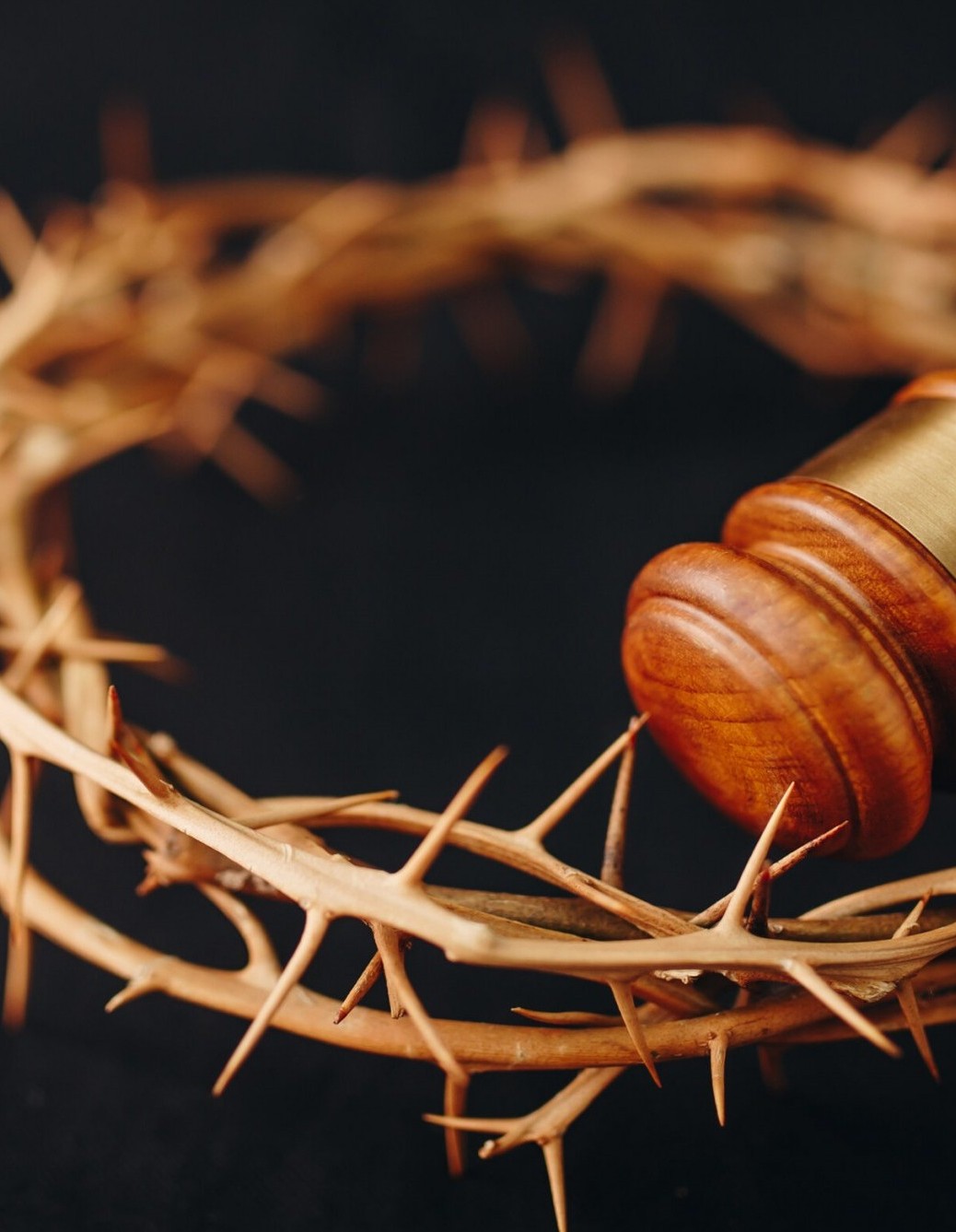 Even when you don’t feel or understand it, God is constantly protecting you.  Perhaps you were rushing to the subway and realised you’d forgotten your ticket, so you went back for it and were late for work – and you were upset.  What if an angel hid the ticket because you would have been infected with COVID if you’d entered the subway at that time?  You never know.  God works miraculously to protect us, and we should always be thankful.  We can’t thank Him enough, because we’re still here.  Life is fragile: nothing will last, and we need to focus our eyes on God’s Kingdom.

Saint James was born in Galilee, son of Zebedee and Salome, and brother of John.  They were fishermen.  When they were fishing, Jesus passed by and said, “Follow Me”; James and John didn’t hesitate to do so.  The Lord nicknamed them “sons of thunder” – apparently they were hot-tempered.  James, John and Peter witnessed the raising of Jairus’ daughter, the Transfiguration, and Jesus’ prayer in the garden of Gethesmane.  Tradition maintains that after Pentecost, James evangelised Samaria and Judea, and travelled as far as Spain.  He was arrested and beheaded by Herod Agrippa I in 44 A.D.; his remains are in Santiago de Compostela.  Saint Stephen was the first Christian to die, and James the first Apostle to die for Christ, making good his response, “We can” when our Lord in today’s Gospel asked, “Can you drink the cup I am to drink of?”

James and John’s mother sought from Jesus a special privilege for her sons.  Jesus didn’t rebuke or correct them, but taught them and us that to desire honour is not in harmony with God’s Kingdom, and to desire glory is not part of its thinking and understanding.  If honour and glory are to be given to humanity, let God be the one to do it one day.

He said, “Do you really know what you’re asking for?” Little did they know what would happen, although later they began to understand, after Jesus died on the cross.  Not long afterwards, tribulation struck the Church; they would know the anguish of having their forthright and able leaders imprisoned and executed because of the Word of God and their testimony.  They would encounter temptation where their bishops and priests were imprisoned and executed in front of them.  The enemy unleashed his fury, not only in killing the Messiah but also on those who proclaimed the message of the Resurrection.  During the Apostolic age, all across the Roman Empire, the Church was in great distress.  Family members were separated, loved ones were killed; some people were baptised in the morning and martyred at noon or before the day ended.

Does God really care for us?

When tragedy strikes, we’re tempted to ask, “Lord, do You really care for us?”  Vicious enemies of the faith cause intense pain, bent on destroying God’s people.  If Christians are servants of God, living in obedience, we say, “Lord, didn’t we do everything You called us to do?  Why is this happening to us?  Can God really protect us?  God, where is Your promise?”

When does God punish the apostates who used the power of the State to crucify our Lord, and who kill those who follow Jesus?  In the New Testament, the blood of martyrs is poured out and fills the trench of the altar; their blood cries out, “How long, o Lord?  How long?  Will You avenge us?”[1]  We’ve heard how, because of a reckless promise and a vindictive request, John the Baptist lost his life.  Evil will oppose whenever and wherever the Gospel of the Kingdom is preached.  It’s for that reason that I love to proclaim the Gospel.

Psalm 37 asks, Why are the righteous suffering and evil people prospering?  Many people have this question: Why are evil people prospering in their evil deeds, and why are people who try to do good suffering?  But the right question is: What happens to good people when bad things happen to them?  Bad things happen to everyone, but what happens to someone trying to love God to the best of his ability?  Read verses 1-5: if the wicked and evil are prospering, don’t waste time asking why.  It seems as if God is doing nothing in the midst of all this, and for that reason some have lost their faith.  If He’s just, why is He allowing injustice?  Psalm 37 tells us that the prosperity of evil and wickedness is short-lived: it won’t last; the suffering of God’s people will also be short-lived.  By the same token, when we encounter suffering, we need to accept it: “Lord, if this is Your will, so be it”.  This is very hard to accept, because we believe He’s a God of justice.  There’s a constant question: “If You’re a good God, why are You allowing me to suffer, and why does it seem You’re indifferent to the wickedness and evil that’s happening?”  Thank God, Scripture has an answer.

Romans 12:19 says, “Beloved, do not avenge yourself [do not take revenge], but rather give place to the wrath of God, for it is written, ‘Vengeance is Mine, says the Lord’.”  There are many questions in people’s minds, especially if they’ve suffered injustice; the big question is, where is God?  If He can’t defend those who suffer injustice, why are we worshipping Him?  The subject of judgment makes many people uncomfortable, but it’s part of our Christian Creed: the Lord will come to judge the living and the dead; no one will escape.  Dennis Prager believes the reason why the Jews are persecuted is that they believe in the God who will judge.  We believe in judgment; whether we believe it or not, it will happen.  This is why: those Christians who followed Jesus from the time He was resurrected, those who were killed from John the Baptist and from Cain’s brother who was murdered – on the day of judgment, God will avenge the blood of the martyrs.  If there’s no judgment, there’s no justice in His Kingdom.  We and they may not receive justice in this life, but because they love God so much that the world considered them fools – even when they were mistreated, they accepted it and prayed, “Lord, forgive them, for they don’t know what they are doing”; that was the answer of Jesus and of Stephen – ridiculous: you have to get even, or go to the Court and get justice – but God is a God of justice.  Every single person who died because they loved God, or because they were persecuted – thousands and millions of martyrs – one day their blood will be avenged by God Himself.  Let Him be the one to do it: He’s the God of justice.

God wants to heal you

Some of you may have been mistreated, abused, or taken advantage of by others.  Many people go through injustice; many times the victims suffer in silence and their hearts are full of anguish.  We need to follow the Lord’s command and say, “If that’s what God wants, so be it”.  You say, “Lord, why?  I go to church every Sunday.  Why do You allow this to happen to me?”  We live in an evil world; if we don’t love what is good, we’ll end up loving what is not good.  People do what is bad because they choose to do so, and allow themselves to be influenced by what is bad.  Either I surrender my life to Jesus or to someone else.

If something was done to you, and you hurt in your heart, God wants to heal you today.  He will release you; you have to learn to forgive, and let God’s mercy flow through you, and He will heal you.  We can have faith and say, “Lord, forgive them, for they don’t know what they’re doing”.  There’s injustice, mistreatment and abuse, but God wants to heal you and set you free, that you’ll be a different person and be able to overcome.  You don’t have to continue with hurt and anguish in your heart.

Lord, I ask for Your healing upon these people, in Jesus’ name.  In Your mercy and love, I pray for Your healing from every injustice done to them, and that they would have the courage, mercy and love to be able to forgive and let go.  Letting go is very important – if we don’t let go we cannot move forward.  Pour Your mercy upon them in Jesus’ name; bring healing in the hearts of every single one of them.  I pronounce them set free in the power of Your name.  Amen.

Trust in God’s mercy.  When the enemy tries to remind you, say, “I’ve been healed, and I’ve entrusted everything into the hands of God”.  This is the day of your deliverance and healing, because God loves you.