The Bread of eternal life 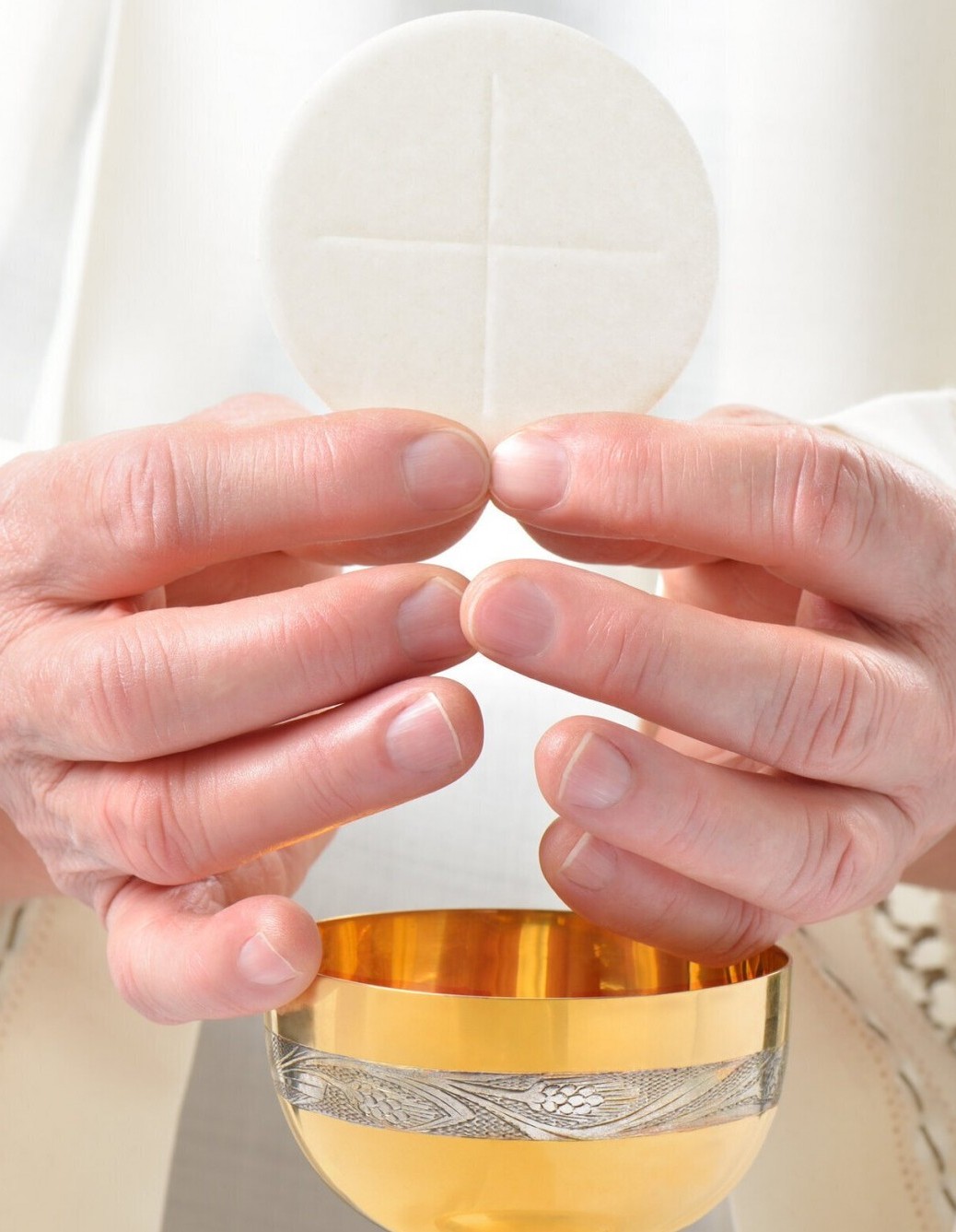 When I first came to Europe, I was curious about the many kinds of bread that are available; in France, there are specific ingredients and quantities for baguettes and croissants to be considered authentic.  Sometimes there are competitions; if Jesus had entered a baking competition, would He have won?  Jesus wasn’t a baker but a carpenter; He wasn’t baking bread but giving His life for us, using bread as a symbol.  Bread sustains physical life, whereas the Bread from heaven gives us eternal life.  The Bread Jesus gives is Himself: He didn’t buy and mix the ingredients, but He is giving of Himself to us.

It was a scandal for the Jews; some stopped following Jesus because it was too much for them to accept: “How could this man give his life for us, and how can we eat him?”  They were shocked by Jesus’ claim that He’d come from heaven, which meant He claimed to be God Himself.  They said, “Isn’t this the carpenter’s son?  Isn’t he the one who came from Nazareth?”  They only saw Jesus from a physical standpoint, and never imagined He was the Son of God.  It requires faith to do so.

The mystery of the Eucharist

He says He’s the Bread of life, and that everyone who receives this bread will have eternal life.  Did anyone question the advertising claim that drinking Coke “adds life?”  We thought it was only an advertising scheme so that people would buy and drink Coke.  Christians don’t have a problem with the mystery of the Incarnation which we celebrate at Christmas, but some have a problem with the Real Presence of Christ.  When we receive the body and blood of Christ, are the bread and wine symbols?  For the catholic faith they’re not: through the prayer of consecration by the priest, the bread becomes the body of Christ and the wine becomes His blood – not symbolically.  Jesus in His Incarnation is God and Man at the same time.  We have the bread and wine, but it’s also the body and blood of Christ.  At the Last Supper, Jesus said, “This is My body… This is My blood”.  We bring the fruit of the earth before God and say, “it will become the body of Christ”, and truly it does.

The Eucharist, which literally means thanksgiving, is one of the greatest mysteries, if not the greatest mystery of all.  The bread and wine become the body and blood of Christ to those who believe.  In Holy Communion, believers receive Christ in the most intimate fashion; it’s the closest we can be to Christ in this life, when you give your life to Him, and He gives His life to you.

Beyond the fear of death

There was a time when three people I’d known died in one week, and as a human it hit me.  We don’t talk much about death, but push it out of our minds until it starts knocking on our door; and then we realise.  That’s why there’s so much fear in the world today, because there’s death everywhere.  People die every day, and previously we didn’t hear about it, but now we’re talking about it daily.  People are shaken, and ask, “What will happen to me?”  As Christians we shouldn’t be afraid of death:  we’ll encounter our own physical death, but those who believe in Him will have eternal life and be resurrected.  Someone once asked me, “Where is heaven?”  I said, “I don’t know; but Jesus said, ‘I am the Way and the Truth and the Life’, and if you follow Him, He’ll lead you to where God is.”  Jesus faced His own death, but that wasn’t the end: He was resurrected.  We’ll all face our mortality one day, but it’s not the end – it’s a new chapter, if we follow Jesus.

The Church believes the Eucharist is the medicine of immortality which feeds us on our journey.  The Eucharistic sacrifice is not a repetition of our Saviour’s sacrifice on the cross, but it is an offering of the sacrificed body and blood once offered on the cross.  The Church continues to believe that He is “ever eaten but never consumed”.  The Eucharist is the very centre of our worship and of the Church’s life; it reminds us in the most intimate fashion of our Lord.  It nourishes our soul and body, and aids our strength and increase and growth in our spiritual life.  According to the promise of the Gospel, “He who eats this bread will live forever”.

Touching God in the Eucharist

As a charismatic church, we believe in the laying-on-of-hands.  James said if we lay hands on the sick, they’ll recover – bring those who are sick to the elders.[1]  There’s also a story in the Gospels[2] of a woman who’d had a flow of blood for twelve years and used all her resources to go the best doctors to be healed.   After her money was gone, she heard that Jesus was coming to town and said, “If only I could touch the hem of His garment, I’ll be healed”.  Many people were around Jesus, but she found her way against the crowd and was able to touch the hem of His garment, and instantly was healed.  Jesus asked, “Who touched Me?”  The disciples said, “Many people touched You”, but He said; “I know someone touched Me in a special way because God’s power flowed out through Me”.  The woman said, “I’m the one”, and He said, “Your faith has made you well”.

Healing is not only by the laying-on-of-hands, but also by touching God, even the hem of His garment.  Today it’s in the Eucharist that we touch the body of Christ.  Do you and I believe that by partaking of the Eucharist we can be healed?  We believe in the laying-on-of-hands, but if the Eucharist is the body and blood of Christ, we’re touching Jesus.  Whatever you or I are going through in life – whether physical, emotional or psychological – believe in your heart, like this woman, and say, “If only I can touch Christ today, I’ll be healed”.

Everyone whom Jesus healed died, even Lazarus whom He raised from the dead, and we’ll all die in this life; no one is exempted – even Jesus died.  The healing power of Jesus through the Church is to alleviate the suffering of humanity, but ultimately we’ll all die.  Jesus came with a mission, and afterwards He left; it will be the same with us.  I want to be with the God whom I love but don’t see.

If you have fear, anxiety, a physical illness or a struggle, I encourage you to touch and receive Him.  Not only will we be healed, but the life of Jesus brings healing to suffering humanity.  Have the faith of that woman.  If you’re struggling, He’ll give you the strength you need.