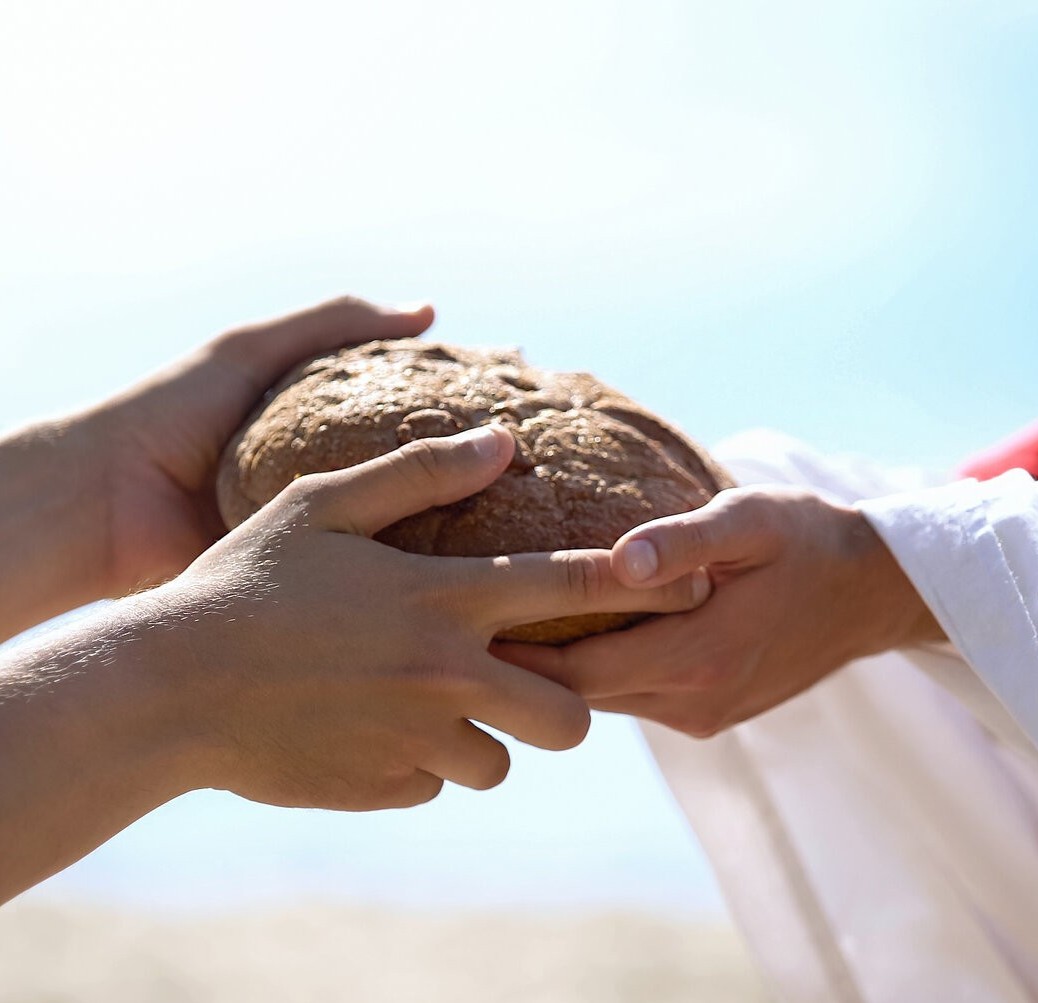 Today we’re continuing to tackle John chapter 6, in which Jesus said He is the Bread of Life.[1]

We’ll reach the other side

Surfing is about navigating the world’s challenging waves – some people are afraid of waves, but surfers travel to find them.  Surfing is standing on the water, using a board, while the waves take the person to the shore.  Surfers aren’t afraid of waves – they seek the raging ones and ride on them; the bigger the waves, the better and the more exciting.  Some people are afraid of challenges; but like a surfer, when we learn to trust in God and depend upon Him, we can face the challenges in life.  I’ve been asked frequently why God is allowing people to suffer.  In this life there is suffering, and there are problems, and times when you’re in the valley.  God doesn’t necessarily take away problems, but He gives you the power to overcome them.  If you don’t overcome problems in life, they will return; but if you overcome a problem, it may not.

There was an occasion when the disciples were rowing on the sea in a storm with the wind and waves against them, and Jesus was on the mountain praying; then He came down to them, walking on the water.  By walking on top of the water, Jesus showed that He is God and that He is above nature.[2]  Nature is not God – God created nature, and Jesus, who is God, is above nature.  At the beginning of the pandemic, Pope Francis spoke about this and said, “We will get over to the other side”.[3]  Difficult times may come, but we will pass through this, because God is with us.  We encounter tumultuous waves and raging storms in life, but in times of struggles let’s always be assured that Jesus is with us.  Whatever struggle we face, we’ll get over to the other side if we trust in God.  He’s with those who suffer, particularly those who call on Him.

The bread of heaven

Before He walked on the water, Jesus had fed the multitudes – five thousand men, not counting the women and children.[4]  After this, even more people followed Jesus wherever He went.  Where can you find a baker who can bake bread without any ingredients?  He was able to multiply it by praying.[5]  However, the feeding of the multitudes pointed to Jesus’ saying that He is the Bread of Life.

God’s presence was with them in the wilderness wherever they went.  It shouldn’t have taken forty years to reach the Promised Land, but God’s presence was with them in the cloud every day.  When they were thirsty, Moses struck the rock – that Rock today is Jesus – pouring water to them.  Where can you find a well in a desert?  There’s hardly any water, and no food; but God gave them something to eat.  In the morning there was a mist which became a wafer they could eat every day.  The food that was distributed to the children of Israel pointed to Jesus: not manna, but Jesus Himself who comes down from heaven, is the bread we eat.  It points to the Eucharist, in which we partake of Him.

God doesn’t set us free from sin and death to do whatever we want, but to worship Him.  Jesus is offering His life for all of us; like manna from heaven, God gives us His life.  If there’s a place this side of heaven where we can be very close to Jesus, it’s the Eucharist.

Touch Jesus in the Eucharist

We do many things in worship, but the closest we can be with God this side of heaven is in the Eucharist.  The psalmist says, “Taste and see that the Lord is good”:[6] we taste, see and touch Him; that’s how we receive God’s goodness.  Some may ask, “Where is God?”  He comes down to us and gives His life, so that where there’s death there may be life.  As you come to the Eucharist, if you need healing – whether physical, emotional, psychological or spiritual – believe that you can be healed by receiving Christ.  “Behold the Lamb of God who takes away the sin of the world.  Blessed are those who are called to the supper of the Lamb.”   This isn’t only a duty – we’re literally meeting Christ and receiving Him in our lives.  As you touch Him, let His life touch you.  It will be a forming point in your life.  If you and I have faith, we’ll leave a different person than before we came.