Choose whom you will serve 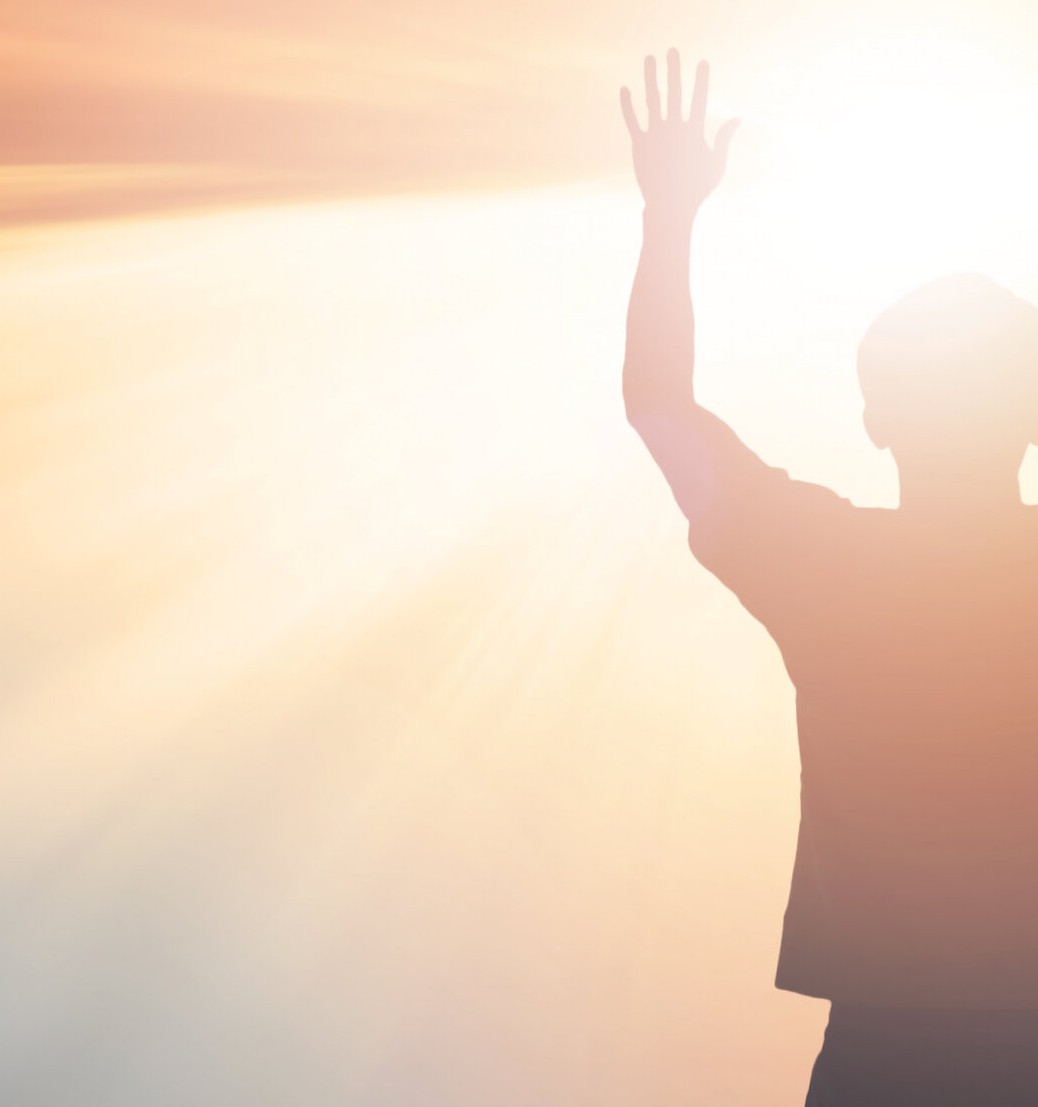 What is true faith in God?  Is it superstition?  Is it mental assent (believing in God’s existence)?  I may believe God exists, but do I trust and follow Him?  I may believe Jesus Christ is God, but do I trust, follow and have a relationship with Him?  Genuine faith is to believe that Jesus is both God and man.  Judaism believes in the God of Abraham, Isaac and Jacob; Christians believe this God became human in the Person of Jesus Christ.

Which god will you worship?

The Hebrew people lived in Egypt 400 years.  The Egyptians had many gods (polytheism),[1]including the River Nile.  At that time, anything people couldn’t control, especially “nature”, they worshipped as a god.  In the Old Testament we see the names Baal (meaning “Master”, referring to various local gods in Canaan) and Ashtoreth (believed to be Baal’s wife, a goddess of war and fertility).  This was Israel’s environment, but God introduced Himself as the God of Abraham, Isaac and Jacob.  He brought Israel to the Promised Land to be released from polytheism to monotheism (believing in one God).  Christians believe in the Father, Son and Holy Spirit: three Persons but one God.

In today’s first reading, after entering and settling in the Promised Land, Joshua told the people, “Fear the Lord, and serve Him in the sincerity of your heart; put away the gods your fathers served in Egypt.”[2]  They’d brought with them the worship of other gods, but Joshua told them to let go of other gods and worship the God of Abraham, Isaac and Jacob.  He stood before them and said, “As for me and my family, we will serve the Lord.”[3]  Joshua stood on behalf of his family and made a decision to serve the Lord.

This is a challenging question for us all.  Humans by nature are religious beings, whether you like it or not.  The question is not, “Will I worship a god or not?”, but, “Who is the God I worship?”  In modern times we don’t have Baals or Ashtoreths, but materialism, the worship of the euro and dollar, narcissism (self-worship), and hedonism (obsession with the physical body).  There’s also the “god of nature”, which some people believe we’ve offended, resulting in climate change.  If we’re polluting the earth God has given us, we need to take care of it; but nature is not God – it’s God’s creation, which He gave to man.  Nature is not to be worshipped as God:  He’s greater than nature.

After Jesus had multiplied bread and fed thousands of people, they followed Him enthusiastically.[4]  He told them, “Work for the bread which comes down from heaven”;[5] and, “My work is to do the will of My Father.”[6]  The work of every Christian is to believe in God.[7]  Then He said, “I am the Bread of life… Unless you eat of My body and drink of My blood, you don’t have life.”[8]

Our general understanding of life is eating and drinking, getting married, having children, working to feed our families, building a house, buying a BMW, holidays and travel.  But Jesus told His disciples it’s more than the physical life we think of (Luke 12:22-23).  May our hearts be opened to understand that there’s more to life than being “successful” or even looking “successful” – that’s not what it’s about.  If life is to have everything we need and the power to buy whatever we want, Jesus wouldn’t have come; and He would have been lying when He said, “I came that you might have life, and have it abundantly”.  If we already had life, why would Jesus have come to give it to us?  Physical life isn’t all that God really wants us to have, but God had to come and give us true life.

We receive this life of Christ through the Sacrament of Baptism, and we’re sustained in it by the Holy Eucharist.  I’ve enjoyed live-streaming, but it cannot give people the Eucharist: we must gather together as a church, whether we like it or not.  We cannot be Christians and not gather physically.  That’s we why need to fight this pandemic: it’s trying to stop us from gathering together – and Christians gather together.  It’s more convenient to be in our living-rooms, but worship isn’t complete until we’ve touched and tasted God in the Eucharist: that’s the highest point of worship.

Jesus said, “Unless you eat My body and drink My blood, you don’t have life in you.”  Many of His disciples said, “This is complex; this is a strange saying; it’s challenging, offensive, unbearable, scandalous.  Who can receive this?”[9]  As C.S. Lewis said, many people have a different view of Christianity, and many don’t understand it until they become a Christian.  They look at it from outside, but once you become a Christian, you’ll know its true essence.  We cannot judge Christianity from the outside.

The people said, “Who can accept it? Who can listen to this?”  They grumbled and complained.  Jesus said, “Are you offended?”  He asked the remaining disciples, “Are you also going to leave?”  At this point they had to make a definite decision, like Joshua.  They said, “Where will we go?”  Is there an alternative to worshipping God? If I don’t worship the one true God, I may worship a false god, or – worse than anything – worship myself as a god.  There’s no alternative.  The reason why God brought Israel from Egypt to Canaan was for them to know the one true God; man was created to have a relationship with God.  We have nowhere to go.  Today may we ask ourselves that question.  Finally, the disciples had come to a deeper realisation of who Jesus is.

Remember the two thieves who were crucified with Jesus.  One was mocking Jesus, with the other people who were there.  The other, Dismas, turned to Jesus; he had a completely different attitude.  Jesus told him, “You will be with Me in Paradise.”  Jesus never forced Dismas to believe in Him; neither will God force anyone to believe in Him.  Read Deuteronomy 30:15-16.  God created man as a free moral agent: you can choose whatever you want; a human being can even choose not to believe in God and to turn away from Him.  That’s how good God is.

Many people have asked me, “Why has God allowed people to suffer?”  Adam and Eve believed the enemy’s lie that they could be God themselves.  They rebelled against God and made the wrong choice, to live by themselves and make themselves their own gods, instead of having a relationship with God.  Their sin brought about all human suffering, and we’re constantly reminded of this.

Jesus had to come to rescue us and suffer with us, but He promised that this will be over when He returns.  The only way out of that suffering is through what Christ has done.  Jesus said, “Those of you who come to Me, those who are suffering and heavy-laden, I will give you rest.”  I truly believe it’s easier to be a Christian and to be with Jesus than to be without Jesus in one’s life.  He doesn’t make our lives harder, but helps us to go through the hardships in life.

People say, “I have the right to choose; I can choose whatever I want.”  But you’d better know what to choose – you could choose the wrong thing.

Jesus came that we might have life, and that we might have it abundantly.  Because God is love, because He’s faithful and trustworthy, even though man made the mistake of going his own way, Jesus came to our rescue and died on the cross – that’s how much God loves us.   Even though it was our mistake, Jesus took the punishment.

Let us choose to serve God

I hope and pray you’ll make a choice.  If you’ve already made a choice, let’s remind ourselves of our commitment to God: “As for me and my family, we will serve the Lord.  I may not understand everything, but I will follow Jesus.”  Let us make that choice: to believe and trust in Him, to experience His love, to accept Him as He gives of Himself in the Eucharist.  As Jesus asked His disciples, Is this too much?  Is Christianity too much, that we would turn away?   His disciples said, “You have the words of eternal life.  Where can we go?”  There’s no alternative.  It’s not a trap, but Jesus is the best we have.  You and your spouse may also want to make this commitment together.

Lord, as for me and my family, we will remain with You, because You’re the Source of life.  We will not worship the god of materialism or any other god: we’ll worship You, Lord.  You’re our protection.  Lord, I pray You will look upon us today.  There are so many things in this world that distract us and draw our attention, but we remind ourselves that You’re the One we follow.  You’re the One who has the words of life, who came to give life to the world; and we turn to You, Jesus.  As for me and my family, we will serve the Lord.  That’s our commitment to You.  In Jesus’ name we pray.  Amen.