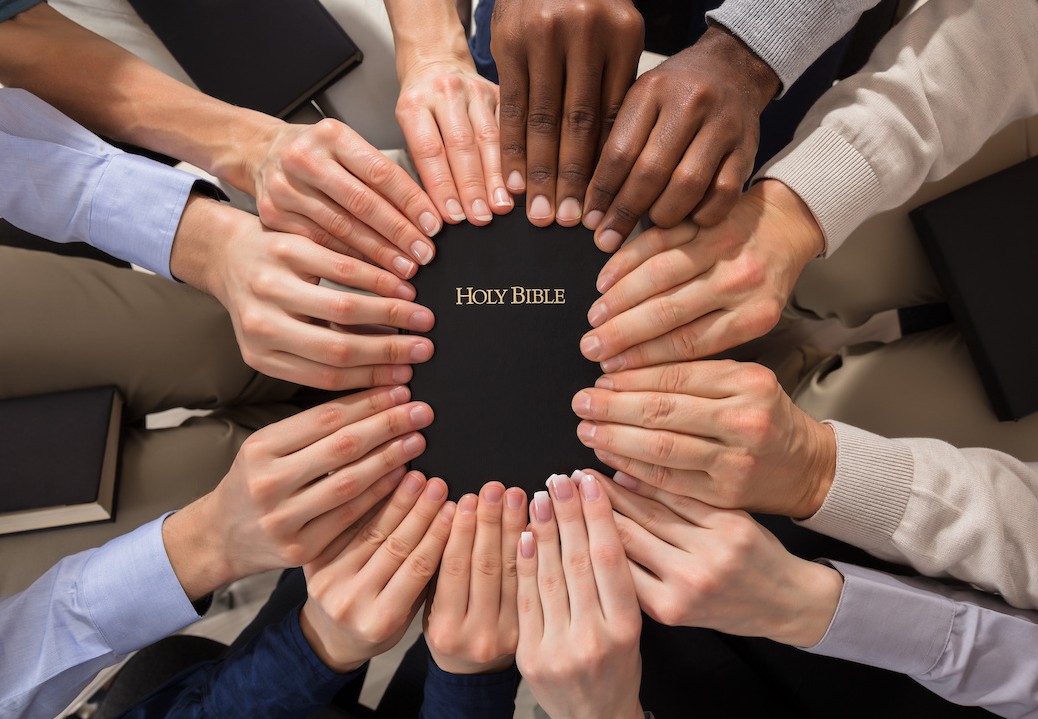 Celebrations are full of life and joy; we like to celebrate anniversaries, birthdays, milestones and significant events in a country’s history or in people’s lives – including recovery from coronavirus.  They remind us of great things God has done, particularly in our own lives.  The deeper question is, “Why are we celebrating?”

Today we celebrate the Day of German Unity.  It commemorates the reunification of Germany in 1990 when the Federal Republic of Germany (West Germany) and the German Democratic Republic (East Germany) were unified.  For the first time since 1945 there again existed a single German State.  The Berlin Wall divided a people and symbolized an ideological division. It separated families: there are heartbreaking stories of families with some members in East Berlin and some in West Berlin; families are intended to be together.  After more than four decades, families were reunited.  On 12 June 1987, Ronald Reagan addressed Mikhail Gorbachev: “Tear this wall down!” and his compelling speech resonated throughout the nations.  We’re called to build bridges, not walls.  We’re thankful, because where there’s unity, there’s always strength.  The wall that divided Germany could not stand against a unity-loving people.  Similarly, any destructive scheme of the evil one cannot stand against a Spirit-filled, Spirit-led, God-loving Christian community.

Whenever there is division – in the family, the community or the world – whether in thought or action, God is absent and the devil takes the centre stage.  James 3:13-4:12 says that at the very heart of human conflict, division and disunity, is selfish ambition and diabolical pride.  We need to fight any form of disunity.  It’s not a matter of who is right and who is wrong – we might be both wrong or we might be both right; but as our Lord said in the Beatitudes, Christians are to be peacemakers.  We’re not to create disunity but peace, because Jesus is the Prince of Peace.

The worship of the Charismatic Episcopal Church is a prayer of the Church to be united, where sacramental catholics who believe in the Real Presence of Christ in the Eucharist, born-again, Bible-believing evangelicals and Spirit-filled charismatics who believe in the gifts of the Holy Spirit, can be one people again in worship and unity before the Table of the Lord.  We lay aside our different backgrounds, because we have something more important in common: our love for our Lord Jesus Christ.  A Roman Catholic priest told his congregation, “We need to pray for the Holy Spirit to forge a new unity in the body of Christ”.

The power of forging

My daughter asked me what would be the theme of our celebration.  I prayed, and the words the Lord gave me were, “Forging Christian legacy”.

To forge is to make and shape, in particular a metal object, by heating it in a fire or furnace and hammering it.

When two people are married and their families come together, something is forged between them which makes them stronger.  The colours and designs of Scottish kilts represent the interlocking of clans: the more the clans intermingled, the stronger they became, and so they could stand against the enemy.

The making of a sword is an excellent example of forging: some metals are very hard, but they can be shaped through a process.  When a metal is placed in the fire until it becomes red hot, it can be shaped.  To be forged into the image of Christ, we must first receive power through the Baptism of the Holy Spirit; then there’s a need for undying devotion to Jesus Christ.  Our lives cannot be forged until they’re red hot – zealous for God.  There must be undying devotion, like the woman who broke an alabaster flask and anointed Jesus with expensive oil.  When we begin to foment this undying devotion in our hearts through prayer and the reading of the Scriptures, and your life becomes red hot, only then can God begin to shape our lives the way He wants them to be.

What motivated our Christian predecessors to build schools, hospitals, beautiful cathedrals and basilicas was their undying devotion to Jesus Christ.  When we see beautiful church buildings, we realize that the people who built them must have loved God: it was a proclamation of their faith.  Before NGOs were formed, Christians sacrificed what they to build hospitals and schools; may God open our hearts and give us the resources.  Bp. Frank Constantino said, “Where there’s a vision, there’s always provision”.

Metal can only be shaped when it’s red hot.  There are times when the Church must be put under fire, because it must be permeated with undying devotion to Jesus Christ.   When it reaches the point of undying devotion, the Church or the life of a Christian is placed in between the hammer of God’s love and the anvil of His mercy.  There are times when we suffer; but it was during persecution in the book of Acts that the Church grew, because God never leaves us nor forsake us, whatever happens.

Be a forger of Christian unity

A reporter asked Pope Francis, “Which is better, Catholics or Protestants?” and he said, “They’re better together”.  I call every single one of us to be a forger of Christian unity, and let that be our legacy.  Christians will be stronger when we’re united.

This is a Table of unity, from which catholics, evangelicals and charismatics will eat together, because we’re one family, regardless of our differences.  If you’re struggling in your relationship with your husband or wife, or there’s a problem in your family, come to the Lord’s Table; you receive His body and blood, may God bring unity in your family.  Receive Jesus, and God will heal you.  Give Jesus your undying devotion, and let God bring unity.