The widows’ faith and the magnanimity of God 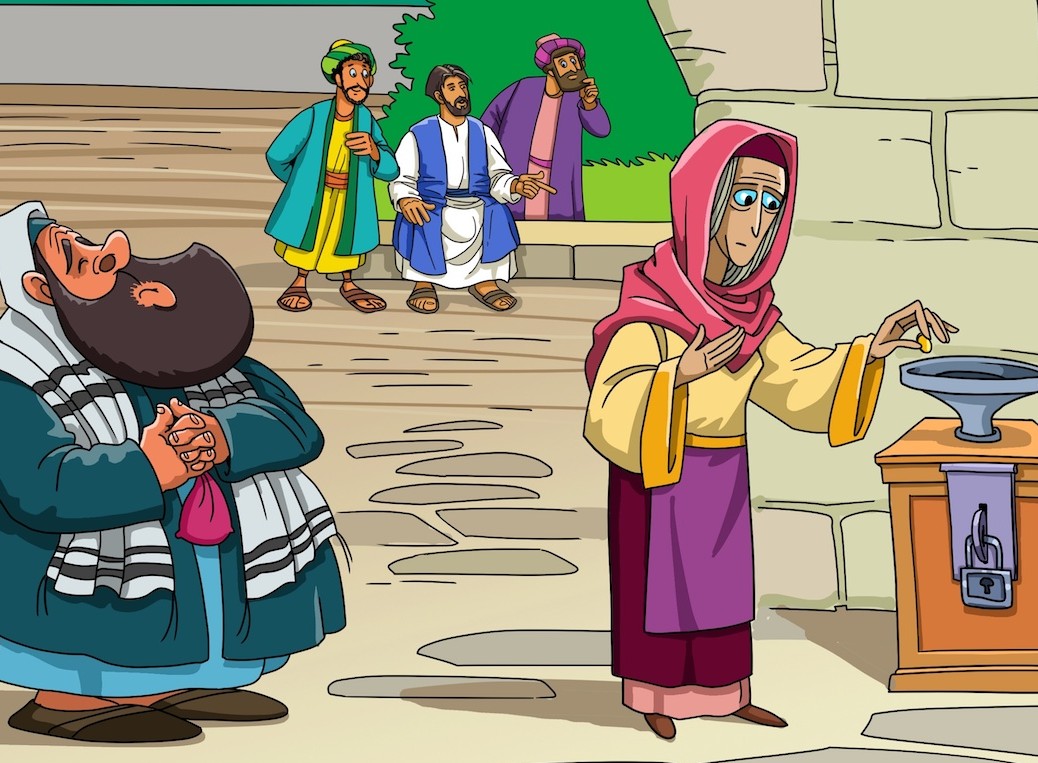 The effects of the pandemic have been terrible; however, the world has been awakened to putting right its priorities and core values.  Many people may not return to work: they’re re-thinking how work should be done, because they’ve given everything for work at the expense of family, and they’re considering how to find a balance.

We’ll be a Church of prayer more than before.  Recently I was thanked by a man for whom we prayed daily; knowing that many people around the world were praying for him gave him hope and courage to fight, and he’s almost fully recovered.  A woman for whose mother we’ve been praying told me that the doctors had said there was nothing more they could do and her organs were failing.  A week later, her organs were working, she’d been moved from ICU to a regular ward, and she was smiling.  Many ask, “Why does God allow people to suffer?  Where’s God in the midst of all this?”  He’s closer to you than you ever imagined, but we’re not always discerning or sensitive to His presence.  May we give time to make prayer part of our personal lives.

A test of faith

Ahab, King of Israel, wasn’t a righteous king.  He married Jezebel, daughter of the king of the Sidonians.  God had strictly forbidden Israel, especially their kings, from intermarrying with other nations; Sidon was pagan, a centre of Baal worship.  Elijah called for a famine and a drought.  God directed Elijah to drink water from a brook, and birds brought him food.  In today’s Old Testament lesson, He told him to go to Zarephath – He’d commanded a widow there to feed him.  She said she was about to prepare a last meal for her and her family, then they would die because there was no more food in the land.

The first thing Elijah said to her was, “Do not fear”.  Fear will steal God’s blessings and promises from your life.  Then he told her to feed him first before feeding herself.  That sounds selfish; however this command was to bring out her faith.  Elijah was a mediator: the second lesson speaks of Jesus as the High Priest, and Elijah was fulfilling a priestly role on the woman’s behalf.  Because he was a prophet, their flour and oil didn’t run out.  Elijah’s command was a test of the widow’s faith; because she passed the test, a miracle happened to her family.

The Gospel is a similar story.  Jesus was in the temple and noticed people who were giving.  There were thirteen trumpet-shaped containers for alms and different kinds of offerings.  There was no paper money, but only coins, so everyone could hear when someone gave a large amount.

Jesus knows what we give (like the notice in some jeepneys in the Philippines: “God knows Ju-dasnot pay”).  Many people think the offering isn’t important during the Mass; as a young Christian, whenever it was the Offertory, I felt like going to the toilet… until I realised that giving is an opportunity – why was I running away from it?  Some people are nonchalant or indifferent about giving; God isn’t indifferent, but takes notice of it.

Jesus noticed that a widow gave two cents, while others gave large amounts; He told His disciples she’d given more than the others.  The people who gave much did so out of their surplus: it didn’t bother them.  The woman who gave two cents gave her livelihood, after which she would have nothing to eat: she gave everything.  In God’s eyes, it’s not the amount, but the attitude in giving.

Sometimes people tell me we should be a cheerful giver, and that giving must come from the heart.  Some say, “It’s not in my heart” – then what happened to your heart, and where did it go?  We need to put it back.  In a materialistic world, the subject of giving is bothersome to many.

Jesus didn’t stop the widow from giving because she was poor.  My human reaction would be, “You’re too poor – don’t give”.  But giving was precisely what would get her out of poverty: you never see a giver who is poor.  One of our bishops said, “Takers are losers; givers are winners”.  Ministering to people in prison, he told them, “The reason you’re in prison is because you’re a taker; that must change.  To become a responsible citizen in society, you must learn how to give and not take.”  Like the widow of Zarephath, it was a test that elicited her faith.

Read Psalm 34:6-10: if you’re a giver, you’ll have no lack in your life.  That’s why Jesus didn’t stop the poor woman from giving.  God has made promises to those who trust in Him by obeying Him.  God promised joy and peace, but they don’t fall from heaven – we must walk in obedience and follow His ways, and then we’ll experience them.

The magnanimity of God

These two widows’ stories point to the magnanimity of God.  Magnanimity is extreme generosity exhibited by a human being; but “God so loved the world that He gave his only-begotten Son”.  If God had millions of sons in heaven, it might not have been so difficult to give one of them to die on the cross because of His love for humanity; but as a parent, if you had only one son, why would you give him away?  It would be impossible.  The first widow fed a prophet, the second gave her livelihood; but God gave His only Son to die for humanity, so that you and I can be His sons and daughters.  We can say, “Our Father, who art in heaven, hallowed be Your name.  Your Kingdom come, Your will be done, on earth as it is in heaven.”  This prayer is only for God’s children, not for everyone.  The reason we’re God’s children who can come before His presence, receive His very life and depend upon the hope that He’ll take care of us, is that God gave His only-begotten Son.   Because of His love, He gave His Son for you and me, so we can come to Him as our Father.  This is the generosity of the God we serve.