How to find joy 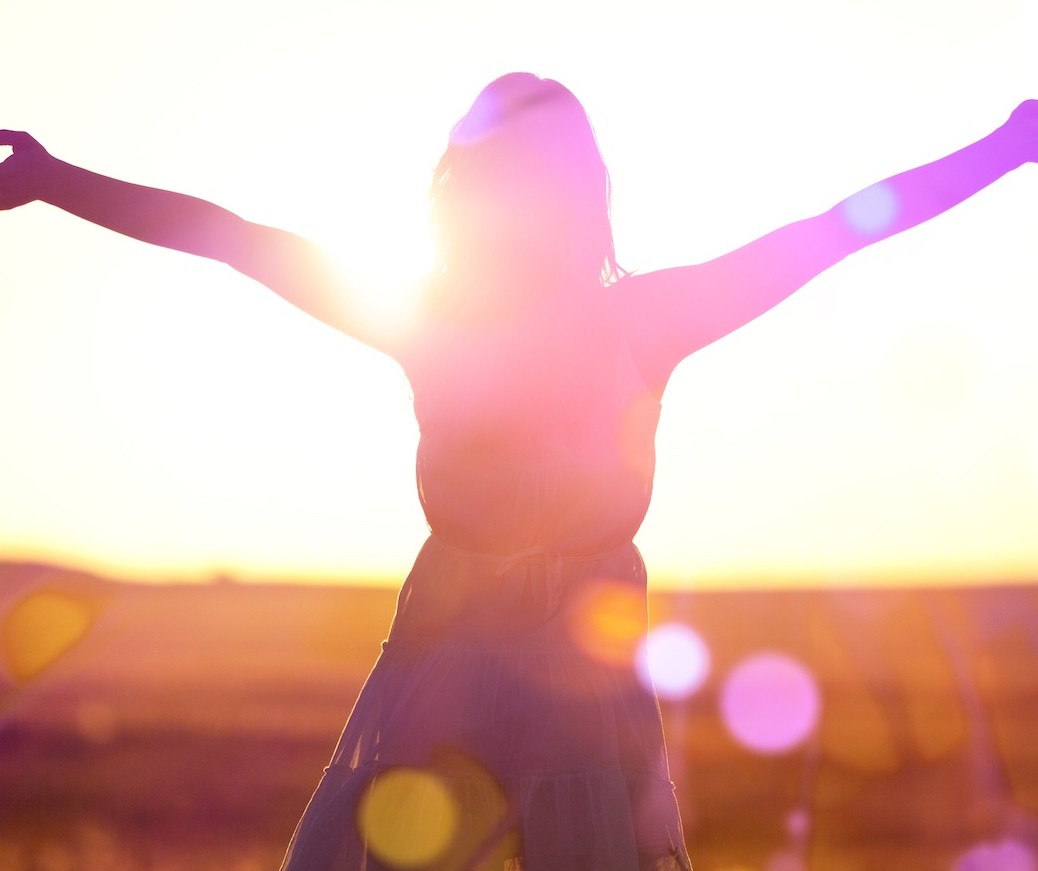 The third Sunday in Advent is called Gaudete Sunday, from the Latin, to rejoice.  It’s difficult to connect the straightforward words of John the Baptist with the subject of rejoicing.  We read from the prophet Zephaniah that God relented His judgment upon Israel; and in Paul’s letter to the Philippians, two prominent ladies in the church were in conflict and he encouraged them instead to be in unity and rejoice because the Lord is coming.

How do we practice repentance?

The powerful words of John the Baptist call Israel to repentance for the forgiveness of sins.  Repentance is sometimes confused with other things.  It’s a change of mind, leading to a change of action; it involves a genuine turning from something God says we should not do, to do something God said we should do.  The word metanoia means turning around one’s life.  A change of mind leads to a change of behaviour, conversion, or turning away from sin.  Someone with “thin skin” might not accept John’s words: he called some of them a “brood of vipers” – completely the opposite of “political correctness”.  He calls them not only to repent, but to “bring forth the fruit of repentance”.

Anticipating their response, he said, “Do not say, ‘We have Abraham as our father’, for God is able from these stones to raise up children for Abraham.”  If there’s “cultural Judaism”, there’s also “cultural Christianity”.  Sometimes people say they’re Christian because it’s the culture of the country they came from; their parents had them baptised, but they don’t really know about Christianity, and practice little.  John the Baptist was calling people not only to a profession of faith, but to practice their faith, in preparation for the coming of our Lord.  To understand Christianity, we need to realise that our salvation is not based on an attachment to an institution – it’s based purely on a relationship with God in Christ, which that institution helps us to practice.

In asking, “How do we practice repentance?” we need to turn either to John or to the Church, as people asked him “What then shall we do?”  I always ask myself, “How should I live as a Christian in the 21st century?  How should I practice what I profess?”  This is what John explained, and in our generation the Church is here to tell us.  John expresses the fruits of repentance by telling the tax collectors, “Don’t take more taxes than you should”, and the soldiers, “Don’t threaten people to gain something you shouldn’t”.  It’s a change of life.  If someone offends me, and I want to go to the person in anger and yell at them, or say something bad about them on social media – as humans that’s our first reaction – but on the way I realise that I’m a Christian, I ask myself, “What should I do, as a Christian?” and relent from what I was going to do.  That’s an example of repentance.

In a deeper sense, repentance is what leads us to conversion.

The joy of forgiveness

We ask ourselves, is there any joy in life?  Is there any reason for us to rejoice?  We read in the Psalms, “Bless the Lord, o my soul; and all that is within me, bless His holy name!”[1]  We encounter this repeatedly.  Psalm 134:1 says, “Come, bless the Lord, all you servants of the Lord, who stand by night in the house of the Lord”: Israel’s festivities and celebrations sometimes took a whole night. Friedrich Nietzsche accused Christians of not having any joy.  Today is a Sunday of joy; why should Christians rejoice?  God promised the Messiah, who is coming “with healing in His wings” to bring salvation.  If joy is promised to Christians, where and how do we find it?

Here’s an example from Luke 18:10-14, similar to Simeon’s story which I shared last week:

A man rises and begins his day.  He has been doing this for many years, going to his tax office, where clients pass on, one after another.

The morning passes.  A quick meal; the afternoon begins; and he attempts to resume his work.  However, there is a sense of discouragement in his heart, and coming to his mind are painful memories that fill his heart.  He cannot prevent them, and the day’s activity goes harder because the pain does not permit it.  Finally he stands motionless, unable to go on with his work.  The burning in his heart has become unbearable.  He does not know what to do.

A thought comes to Him: What about God?  Could he bring this pain to God – he who has harmed so many so selfishly?  Might God lift the burden from one’s heart, and could he ask this of God?

After a brief hesitation, he makes his decision.  He rises, leaves his work, and heads into the street.  One street leads to another, and he nears his destination; he reaches it and enters the temple [or the presence of God].

Aware of his sins and shortcomings, he does not excuse them – he accepts his responsibility.  The man bows down his head; he beats his hands on his breast repeatedly.  From his heart, with deep contrition, with utter sincerity, over and over, he prays: “O God, be merciful to me, a sinner”.

God loves this kind of prayer.  His mercy enfolds this man, and he is made clean.

The man feels his burden lifted, and joy fills his heart.  He turns and leaves the temple, and returns the way he came.[2]

Luke 18:14 says that this man left the temple justified.

Many of us can relate to this man, because we are like him and he is like us.  I come to church not because I’m a righteous person, but because I am a sinner and need God’s forgiveness.  The Church isn’t a museum for saints but a hospital for sinners.

In the parable of the talents, the master gives his servants talents.  When he returns, he asks for an account of what they’ve done with the talents.  To two of the servants he says, “Enter into the joy of your lord.”  If you need wisdom, ask God, and He will give it to you.  But joy is something we cannot simply ask God for; it’s something you have to enter into.  You cannot simply say, “Lord, give me joy” and the joy comes – it’s only when you enter into such a relationship with Christ that you’ll be able to experience joy.  The tax collector entered into God’s presence, and with a contrite and humble heart he received joy – because he entered.  You have to enter – that’s the only way we can experience joy.

Many of us have fun celebrating Christmas: it lifts up your spirit – although it’s sad that it has been secularised.  Christmas may be different this year, as we experienced last year; but this doesn’t diminish the spirit of Christmas.  Remember that there was no place in a hospital – only a manger: the circumstances around Jesus’ birth weren’t what we would call ideal.  Yet that didn’t stop God from giving His Son to us, or prevent His Incarnation.  Christmas doesn’t have anything to do with our circumstances – Christmas is in the heart; that’s the best way to celebrate it.

Henri Nouwen said that joy can be found in compassion, when you help other people.

Whatever we have been given – natural abilities, financial resources, spiritual gifts, or stewardship of the mysteries of the Kingdom – we will have to render an account for the way we have used what has been entrusted to us.  Only by investing our gifts and turning a profit for the Lord will we enter into the joy of His Kingdom.[3]

The other way to find joy is by sharing things with others and sharing our lives with others – particularly sharing Christ with others.  When they enter into that relationship, only then can we find the joy that has been promised to us.

The joy of seeing God

If I remember correctly, he was kicked by a cow on his family’s ranch and became paralysed.  One day he was brought to a healing service and came out from his paralysis.   Ever since, he has been very strong in proclaiming God’s healing because of what he experienced.

Because he took heavy medication owing to his paralysis, he became diabetic and some of his organs were affected.  There was a time when his eyes grew dim and he needed a companion to walk around.

One time he had surgery for a herniated disc in his back.  His body was cut open and one or two of his ribs were removed to access the damaged vertebrae.  He literally died: he saw his body, and the doctors and nurses scrambling to revive him.  On his way he encountered a light, and a voice asked him, “Do you want to come up here, or go back?”  He said he didn’t think his mission was finished, and asked to go back.  He returned and lived; that has been his testimony.

There’s fullness of joy when people get to the other side, because now he sees Jesus whom he loved.  He’s in the presence of God, with whom he walked by faith on this side of heaven.

We don’t see God, and yet we believe in Him, serve Him and give our lives to Him.  The promise is that we will see Jesus, whom we love on this side of heaven. That’s another source of joy.  In this life we don’t see God, except with our heart and our faith; and yet we love Him and follow Him. The joy of becoming a Christian is that one day we will see Him.