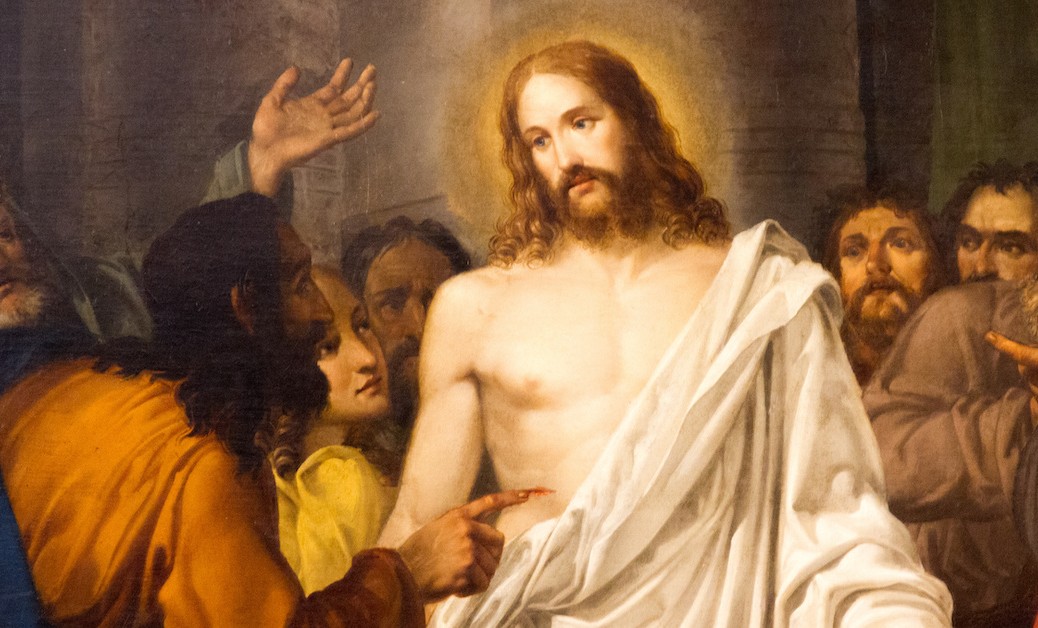 In Matthew 16, Jesus asks his disciples, who do people say that I am? Then a follow-up question? Who do you say that I AM? Jesus ‘question is not merely a question for the sake of asking; instead, He invites his disciples and us to know the Incarnate Logos.

Our Lord had appeared to his disciples; Thomas was absent. The disciples told Thomas, we had seen Him. Thomas answered I would not believe until I see Him, specifically, the wound on the side.

Poor Thomas has been stereotyped as the doubting one, the patron saint of doubters. Is He or maybe? While Peter asked the question for all, Thomas’s demeanor will significantly benefit the succeeding generations.

Eight days later, the disciples were once more gathered in the house with locked doors; Jesus appears in their midst with a greeting and a blessing; this time, Thomas was present. Jesus singles out Thomas asking him to convince himself of the reality of the Risen Lord who is standing before him and tells Thomas not to be unbelieving but believing. Thomas’ response was, “My Lord and My God.”

The Logos who was with God has returned to the place where he was before the incarnation whom Thomas sees because He wills to be seen and ought to be seen, from the words of Rudolf Bultmann.

Yet there is another crucial point: Thomas wanted to see Jesus AND touch Him, particularly Jesus’ side, where the spear landed, where blood and water came out, and the nail-pierced hands. Why, Why, Why?

Thomas, in his doubting, leads us to know the RESURRECTED CHRIST. The Jesus who was with the Father in the beginning, who came down from heaven, who was incarnate, who suffered, crucified, died, buried, then resurrected is the one and same Jesus we are invited to believe.

The Catholic faith does not believe in a distant, phantom, capricious being, but in Him who became like we are; in so doing, we might have eternal life through His Name; eternal life which has more to do with the relationship with God than the subject of longevity. So Jesus became man that we might know the Father in seeing and knowing Him.

Life’s journey for Christians starts with baptism, then believing, knowing, and loving the Jesus whom we don’t see, accompanied by a promised reward of seeing and being with him in the life to come.