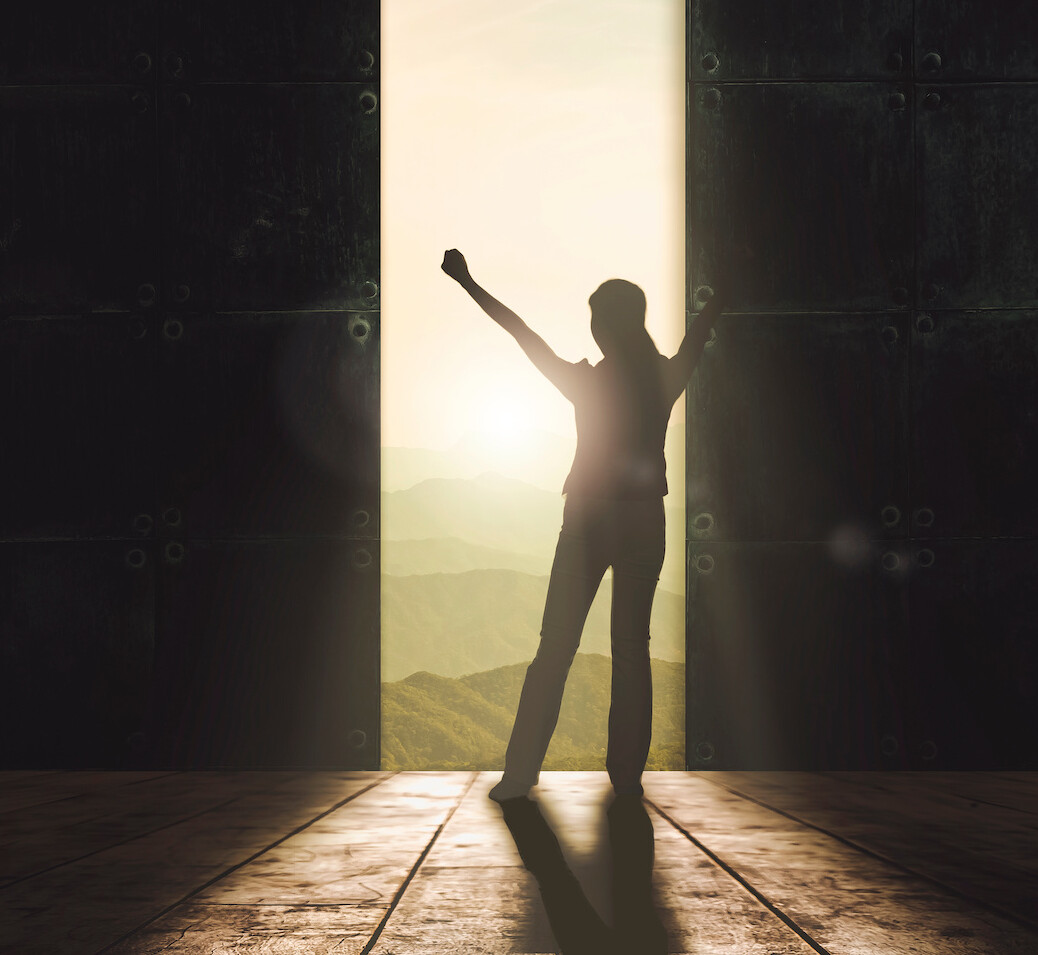 Today’s Gospel reminds us of the importance of salvation, and of humanity’s need to be saved.

When I read the Scriptures, I imagine myself walking with Jesus while He goes to Galilee and Samaria; while He’s healing the sick I imagine being with Him, and that helps me understand more of what is happening.  Christians read the Gospels and hear the account of Christ’s earthly ministry, and we ask what it would have been like to have walked with Jesus.  What would have happened to me if I’d seen the miracles, and hung around with Christ, who is God in the flesh, the second Person of the Trinity?  What would it have been like to have listened to the voice of Jesus with His heart-piercing words of love, and witnessed the miracles performed by His hands – the multiplication of the loaves and fish, and the raising of the dead?  What kind of Christian would I have been if I’d seen with my bare eyes everything that Jesus did, and had a meal with Him?  How would it have impacted my life, seeing how He dealt with detractors, and hearing the begging and crying of fearsome demons?

The children of Israel witnessed God’s retribution on hard-hearted Pharaoh, and saw the opening of the Red Sea, the destruction of the Egyptian army, the provision of manna from heaven, water gushing out of a rock, and the cloud that brought God’s presence  in their midst.  Surprisingly, though, the miracles He performed right before the eyes of Israel did very little for them; they continued to rebel against God and to disobey Him.  Neither did it do much for the disciples who walked with Jesus.  When He was hanging on the cross, they scattered.  Peter had received the revelation that He is the Son of God, but denied Him three times.  Are miracles for believers, or for unbelievers?   We’ve experienced disconcerting events in the world: two years of pandemic, and now war.  Is God saying something that we’re not hearing?

At times we’re tempted to equate Christianity with Disneyland.  On my first visit, I was spellbound; it’s like entering a completely different world, a thrilling experience.  Sometimes children would rather stay there than go home.  It’s a magnificent invention, the mother of all entertainment, and we’re enchanted by it.  Sometimes we compare the Mass in a similar way; some people enjoy it, but others aren’t satisfied.  You know it’s really good if you don’t look at the time, but realise you’re in God’s presence and want to savour every minute.  Sometimes we think worship is entertainment, and we’re looking at a great spectacle; to an extent that’s true.  But we don’t see Mickey and Mini – we see Jesus on the cross, and that shocks us.  The grand spectacle is Christ’s suffering, the demonstration of God’s love.  We hear God’s voice, and receive Him in the Eucharist.

Then we go back to a different reality, with the pandemic, wars, and suffering; sometimes we don’t want to go back.  The contrast is stark, and we struggle to put things together in our minds: God is a God of love, peace, and hope; but in the world there are none of these.  The first time I travelled after two years of lockdown, I had to adjust:  People were fearful, some were fighting, and I had to realise I was no longer in my house.  There are questions in our minds – God has made promises, yet the world seems very different; it’s perplexing.  God calls us out of the world, then sends us back into the world to become a witness and to serve humanity.  He sends us back where there is no hope, so that what we have received we can then bring to the world.

As we have watched the unfolding of human suffering in Ukraine, we’ve seen the best of humanity, with people trying to help each other.  But we also wonder that we impose laws upon ourselves and expect that through these laws we’ll behave morally.  But we realise that the law, though good, cannot completely stop the evil that is the impulse of the human heart; that’s why we need to be regenerated. Only a change of heart will change the world we live in.

In today’s Gospel, Jesus turned His face towards Jerusalem.  Someone asked, “How many will be saved?”  The prevalent thinking was that all Israel would be saved.  Jesus didn’t answer directly; instead, He said, “Strive to enter through the narrow door.”  At a certain time, the owner of the house will close the door, and people will try to enter, but it will be too late.  We wonder why Jesus would say, “I don’t know you” – from the meaning of the word “know” in the Bible, there’s no relationship.  They will ask, “Didn’t we listen to You?  Didn’t we eat at Your table?”  As Christians we would say, “Didn’t we go to church and listen to Your words?  Didn’t we eat at the Lord’s table every Sunday?”  Are we missing something Jesus is saying to us?

To “strive” means to struggle, or compete for a prize.  Saint Paul wrote, “Run the race in such a way that you will win the prize”.[1]  In other words, “Do everything you can – are you willing to pay the price?  Whatever it will cost you, go for it!”  Millions of Ukrainians are waiting to enter Poland through a narrow border, queuing for several kilometres on a narrow road; some are waiting 48 hours.  Is God making Christianity hard for us, or is it because only one door is available to us?

Jacob wrestled with a heavenly being, who touched his thigh and dislocated it.  His name was changed to Israel, from which we have the nation of Israel.  “Israel” means “to struggle with God” – because Jacob wrestled with God.[2]

Instead of asking, “How many will be saved?” perhaps the question is, “Who will be saved?” and “Will I be saved?”  Regardless of the number, I want to be one of them.  The salvation of humankind cost God so dearly: His only-beloved Son.  Dietrich Bonhoeffer spoke of “cheap grace”: the desire to accept God’s gift without repentance and obedience.  If you want to receive God’s forgiveness but don’t want to confess your sin, or you want to be saved but don’t want to repent, that is cheap grace.   If you want to receive but not to give, that’s cheap grace too.  Repentance is different from forgiveness; it’s an act of contrition and penitence for our sin.  We know that we sin; but we have the Confession and Absolution because for those who are willing to repent, God’s grace and forgiveness is greater than our sin.  Repentance is often confused with forgiveness.  Some ask why we need to ask for forgiveness every Sunday.  The Confession of Sin reminds us of our guilt – we are guilty, even if we don’t feel guilty.  Today’s Gospel is about expecting salvation without repentance: even after walking with Jesus all this time, people didn’t respond in an appropriate manner.  Because of God’s grace, the gift of salvation is free; but it is not cheap.

There’s a constant struggle inside us as Christians to love self and the world more than we love God.  Our whole life is one long road called repentance.  Every Sunday we struggle to go to church.  Every day we struggle to pray, worship, open our Bibles, know Christ, give, love and obey God, and follow His ways.  No wonder Jesus said we need to strive.  If you’re struggling – good for you; you’re on the right path.  But you cannot give up – you need to continue to strive.  That is the narrow door.  Saint Luke said one must through many tribulations enter the Kingdom of God.[3]

The question we need to ask is, “Will I be saved?” or, “Do I want to be saved?”  We must respond to God’s gift of salvation – by striving.  To help answer that question, we can ask ourselves, “Do I obey God?”  We say we love God, but the only way you can determine how much you love Him is how much you obey Him, even to the point of striving.  If you’re striving to obey God, you’re on the right path.  Don’t give up, because there’s only one narrow road.  God’s grace is with you.