The boundless mercy of God 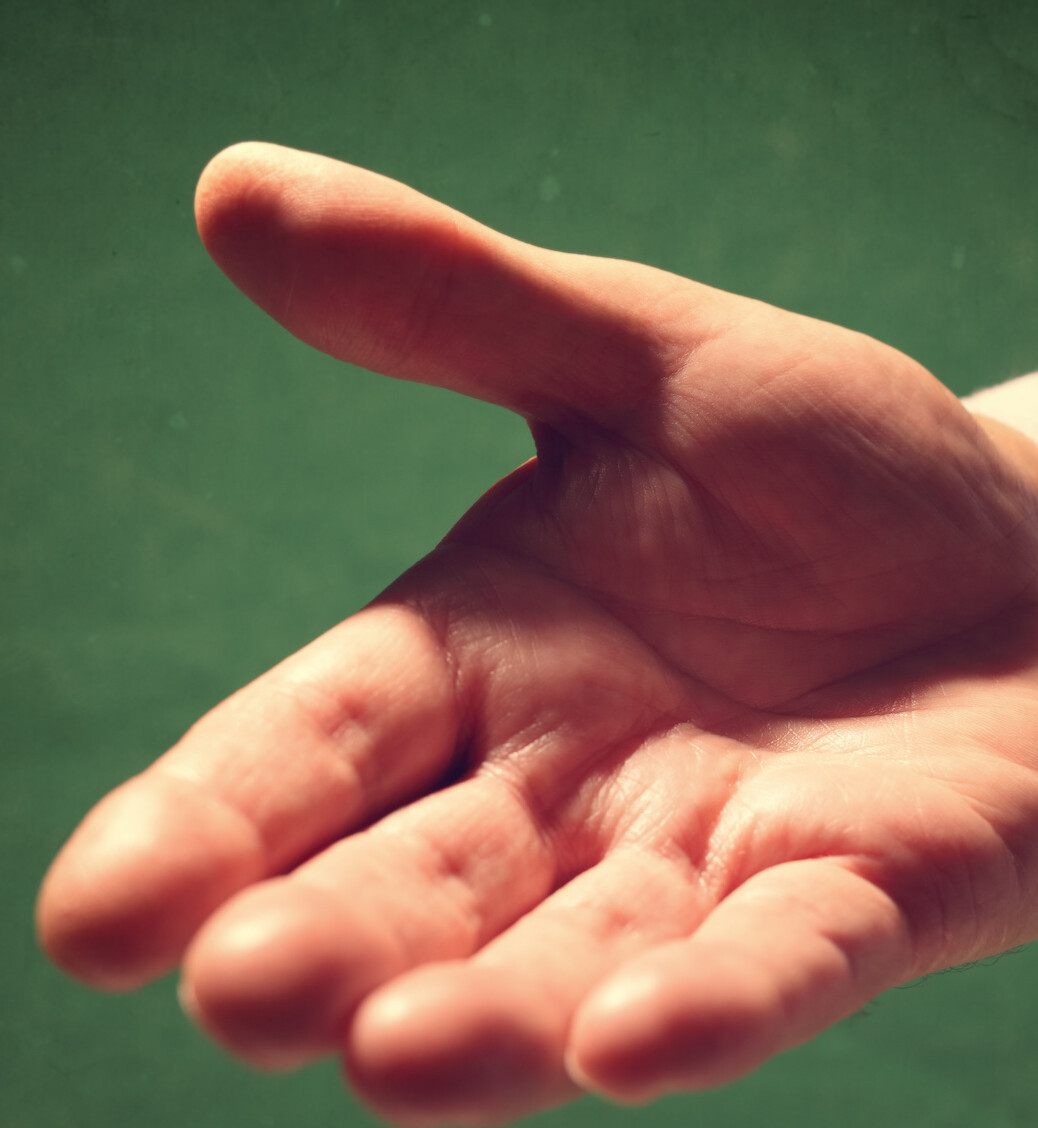 The pandemic showed us how frail human nature is; the war’s message is that humans can do unimaginable things to one another if there is no fear of God.  These events call us to reach out in compassion to those who are suffering.  During the pandemic, some of you reached out to your neighbours and people in need; this shows an understanding about taking care of one another.  Now we see the world’s response in taking care of refugees in various ways.  We’re not here to point fingers and attribute blame, but to do what we can to help.  In seeking to hear what the Lord is saying, I sense that it’s an antidote and a cure to society’s narcissistic tendency (obsession with self and indifference to others’ needs), and that something is being re-aligned.

In Lent, there’s a temptation to think that I’m a child who was caught doing something wrong, and my father says, “Why don’t you face the wall; when you realize what you’ve done, you can talk to me.”  A better way of looking at Lent is as a time to pause and reflect deeply on the boundless mercy of God.

You may be familiar with today’s parable, but God may want to show you something new.  Let us ask, “Lord, what do You want to speak to me?”  Is it really about the prodigal son, or the compassionate Father?  We see the estrangement, hostility, and intrigue in families in ancient times and even today, but the focus is God’s boundless mercy.

It’s the story of a wealthy father with two sons.  The younger son disrespectfully demands his inheritance before his father’s death, to which, surprisingly, the father concedes.  He goes to a far country, rebels against his father’s authority – “I don’t want to be under you; I want to be on my own; I want to be autonomous” – and wastes his father’s wealth, until there’s nothing left and he has nothing to eat.  Realizing his mistake, he repents and returns to his father without conditions to make amends.  As soon as the father sees him, he embraces him and calls for a grand celebration because his son has returned – once he was dead; now he’s alive.  Furthermore, the father restores him to sonship.  The older son becomes furious and tells his father, “I’ve served and obeyed you all these years, but you haven’t treated me like this son of yours who wasted your wealth.”  He refuses to participate in the festivities, even after his father begs him.

The older son’s attitude illustrates a wrong understanding of a relationship with God.  How many of us have bargained with God, that if He gives us what we desire, we’ll pray more, give more, and serve more?  That is not a Covenant but a transaction.  The older son may have shown loyalty, obedience, and service; but these were superficial and done in pretense.  He treated the father more like a frequent flyer miles programme.

Like the younger son, humanity has disrespectfully demanded its inheritance, and we continue to waste what God has given us and use it irresponsibly.  Like the older son, humanity has adopted a distorted, transactional view of relationship to God.  The younger son rebelled against his father’s authority and wasted his wealth; but the older son, while obeying his father, attempted to manipulate him in exchange for a better deal.  He showed his true colours when the younger son returned and the father extended forgiveness and mercy.

The father clothed the younger son with the best robe, gave him a ring, put sandals on his feet, killed the fatted calf, and ate and celebrated.  Robe and ring are symbols of authority; sandals meant becoming part of the family – slaves didn’t wear sandals, but were barefooted.  God clothes humanity with dignity, a state or quality of being worthy of honour and respect; He even restores humanity to the glory of Christ.

Saint Luke’s Gospel shows a pattern of antithesis or contrast:

This reaches its climax with the story of the two thieves.  One mocked Jesus; the other repented, and Jesus said to him, “You will be with Me in paradise”.[8]

Luke uses the same style of writing to contrast the repentant son and the arrogant, self-righteous son.  We’re thankful if we’re like the thief who heard Jesus’ voice on the cross: “Because you are repentant, come with Me.”  The repentant son said, “Abba, father” – “Abba” in Aramaic speaks of intimacy – and the father embraced him in his filth.

The price of forgiveness

It seems easy: The son realized he would be better off in his father’s house, and humbled himself; and immediately his father embraced him as if nothing had happened.  We wish that when someone does something bad to us we could easily forgive and forget, but humanly speaking it’s not so easy.

“Blessed is the man to whom the Lord does not impute iniquity”.[9]

To impute means to attribute, assign, ascribe, count, reckon, or lay on.  It seemed so easy when the younger son returned to his father and was accepted.  But God did not simply condone humanity’s sinfulness.  The final act of God’s mercy and kindness was to give His Son to die for the prodigal son.  He laid that heavy burden of human sinfulness on His Son Jesus Christ on the cross.  Saint Paul said,

“God was in Christ Jesus reconciling the world to Himself, not counting men’s sins against them”[10]

The reason the prodigal son could return to his father was that Jesus died for his sins.  The reason we can confess our sins to God and receive His forgiveness is not for us to sin again; each time we sin, we need to realize that it’s because He paid that price that you and I are forgiven today.  To be forgiven looks and sounds easy, but the cross was not easy.

Lent is not for us to admit our mistake and wait for our punishment.  God gave His only Son, and Jesus said, “Why have You forsaken Me?”  People thought God the Father was angry with Jesus on the cross.  We can know we have been forgiven for our sins and we will be with God in paradise, as He promised; but let us understand that it wasn’t easy.

“Remember the Gospel:  God was in Christ Jesus reconciling the world to Himself, not counting men’s sins against them.  God loves you, God has forgiven you, God is not angry at you, and God will never leave you nor forsake you.”

We go to church for good news.  The Eucharist is the celebration we see in the parable.  We sinners have been invited; God throws a party for us.  Despite our having wasted God’s wealth, He invites us to a party, the Eucharist, every Sunday, to say you are fully a son of God and He is not against you.  But we don’t leave wanting to sin again, because we’ve understood that although we’ve received forgiveness, someone paid a price for you and me.

What will the world do with a God who loves the world despite the world being a sinner, and dying on the cross?  The world doesn’t know what to do with it.  That is the mystery that haunts the world every day when they see the cross.  Why would God die for me?  That’s the question we need to ask every day.  We leave knowing we’re forgiven – but leave with an appreciation that someone paid a price: that is, the God who loves you.

We all sin.  I don’t go to church because I’m righteous, but because I’m a sinner and I need God.  Afterwards we might sin again; if we don’t get tired of asking God for forgiveness, He won’t be tired of forgiving us.  If you have a problem forgiving yourself, realize that if God can forgive you, you don’t have the right not to forgive yourself.  If God, who is greater than us, can forgive us, why can you not forgive yourself?

Lord, thank You for Your forgiveness and mercy, and for the death of Your Son Jesus Christ. Forgive me for not forgiving myself.  I receive Your grace; help me appreciate profoundly in my heart and understand the mystery of forgiveness, the mystery of the cross: that we sinners can receive Your forgiveness, have a new life, and start anew.  Only in Your mercy, Lord.  We deserve nothing from You, and we’ve wasted what You’ve given us, but in Your mercy You invite us to Your table.  Touch our lives, heal our hearts, and may we be released from unforgiveness – in Your mercy, by virtue of the cross that broke the power of sin and death – so we can live a life of forgiveness and repentance.  In Jesus’ name.  Amen.