The God who does not condemn 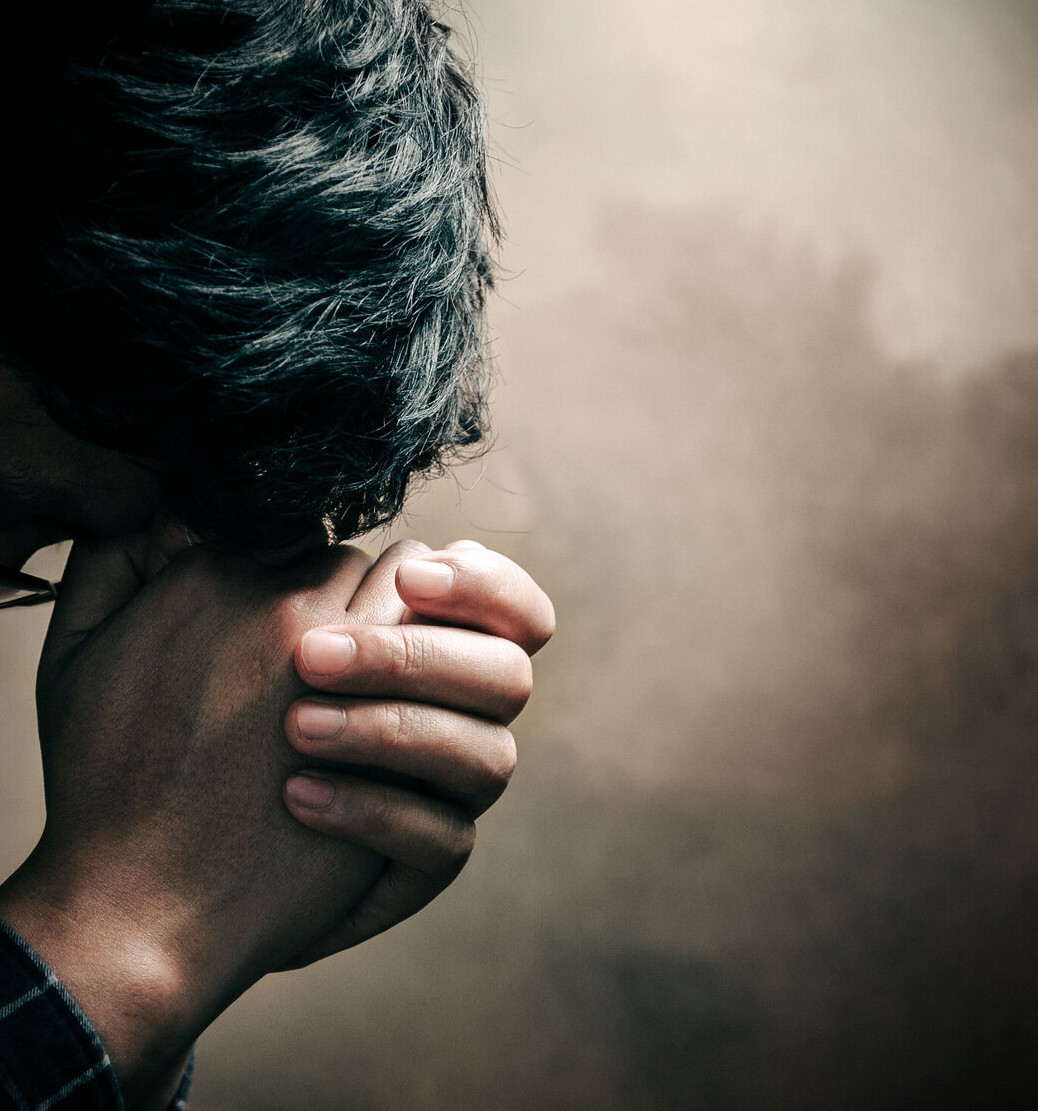 C. S. Lewis said people will not understand Christianity until they become a Christian.  I cannot judge a country I have never visited.  People view something differently from a distance, and often our judgment is influenced by “social media” and news.  There are things we won’t understand about Jesus until we walk with Him along the shores of Galilee, see Him calm the storm, feed the multitude, cleanse the leper, and set people free from demonic oppression.  The power of gathering together and listening to the Gospel is that we literally walk with Jesus, and we get to know Him through walking with Him in this way.  There are many things we won’t understand about the mystery of God’s love until we accompany Jesus to the garden of Gethsemane where He knelt and sweated blood – even His disciples who were there physically hardly understood what was happening to Him.  We won’t understand Him until we witness His arrest, carry the cross with Him, and see how humanity crucified the Lord of glory.  We do this especially during Holy Week; it can be a refreshing experience if we set aside that time to reflect upon the mystery of the Christian faith that serves us not only today but also in the future.

Humans have different images of God in their minds.  Some think of an old man with white hair and a beard, sitting on a throne, judging and waiting to unleash his wrath on his rebellious creation; yet God never dies or becomes old.  There’s also an image of the devil with two horns and a fork.  Are such images correct?  We can easily invent wrong images of God, and need to be challenged in our thinking – and we can see this in the Scriptures.  This is why Jesus came to be the Revealer of who the Father is to humanity.  When Philip said, “Show us the Father”, Jesus replied,

The Word conveys the true purpose and meaning of life, beyond what we have fabricated in our minds and what we see and hear around us.

The predominant theme of the seventh to ninth chapters of John’s Gospel is the widespread nature of sin and the need for humanity to be saved from their sin.  In today’s reading, Jesus comes to the temple, where a crowd gathers around Him.  Among the crowd were Scribes and Pharisees, religious leaders, who brought a woman caught in adultery.  Their coming to Jesus was not to seek His wisdom, nor were they concerned about the Law of Moses – they wanted to trap Jesus in what He would say.

As the conflict between Jesus and the religious leaders escalates, He exposes their hypocrisy, summing up His indictment with the words,

“Did not Moses give you the Law?  Yet none of you keeps the Law.  Why are you trying to kill Me?”[4]

The religious leaders became angrier every day, to the point that they wanted to kill Him – which eventually they did.  By asking these questions, Jesus made Himself a target of hatred.

Their coming to Jesus was a legalistic trap, through which they hoped to find a way to accuse and judge Him.  They were not concerned about what would happen to the woman, or whether they were following the Mosaic Law, but to find out how Jesus would respond to a very difficult situation:

If Jesus had said, “Stone her to death”, He would have been guilty of rebellion against the Roman Empire, and would have been put to death.  If He had acquitted the woman from adultery, He could have been accused of not believing in the Mosaic Law, and of being a false messiah.

Jesus is the fountain of all wisdom.  He wrote on the ground; Saint Bede said this was

“to point out that it was He who once wrote the Ten Commandments on stone with His fingers, that is, by the action of the Holy Spirit”.[5]

Then He says, “Whoever is sinless, let him be the one to cast the first stone.”

They would not have hesitated to cast a stone – they were quick to stone Stephen on the basis of false accusations.[6]  However, to the woman’s surprise, one by one they started leaving, and no one would accuse her.  The experts in the Law had missed something:  Adultery is not committed by one person, but two.  Where was the man with whom she had committed adultery?  Was it only the woman who deserved stoning, and not the man also?  They had presented to Jesus a lopsided scheme, and He was able to escape through His wisdom.

God does not condemn

Scripture gives us a surprising image.  What did Jesus say to the woman after her accusers had left? – “Where are they who tried to accuse you?”  Then we hear these powerful words:  “If they will not accuse you, neither will God”.  The world has concocted the image that God is waiting for us to make a mistake, and to hit us with a bat – that He’s a condemning God.  If the world turns away from Christianity, it’s not because of God, but because of those who misrepresent Him.  We have an image of a God who punishes people; but Jesus says, “If they will not condemn you, neither will I”.  Remember that Jesus is God.

and gave the woman new life.  John 3:17-18 supports this:  Jesus came not to condemn but to save the world.  Rudolf Bultmann said that

We judge ourselves by our beliefs

Bultmann says that it was God’s love that brought Jesus to the cross; but the cross is also a demonstration of God’s judgment.  How can that love be linked with judgment?

“In this event the judgment of the world took place.  For if faith in this event [the cross and the resurrection of Christ] brings life, then it follows that unbelief is excluded from life.”[8]

Jesus came to save and bring life to the world.  If you believe in Christ’s mission and what He has done on the cross, you judge yourself that you want to receive the life of God.  If you don’t believe, you judge yourself to be unworthy of that life.  God has placed the cross in front of us.  I embrace the love of God and receive life by putting my faith in the love and the mission of Christ.  But if I disbelieve what He has done, I judge myself; I exclude myself from, and deprive myself of, the love of God, and life.  If faith in Christ gives us life, unbelief in Christ will exclude us from that life.  You and I in our beliefs judge ourselves, and it will have repercussions in eternity.

The cross of Christ is a perpetual thorn in the side of the unbelieving. The world doesn’t know what to do with the cross.  They close their eyes on the cross, on this God who loves people who are undeserving.  What do you do if your enemy loves you?  We have a human instinct of “fight or flight”.

The true image of God

Jesus, speaking on God’s behalf, says, “If they will not condemn you, neither will I condemn you.”  Let us not condemn people – it’s none of our business.  If you have a different image of God in your mind, it’s not correct.  Look at the life of Jesus:  Even when we make mistakes, He says, “I don’t condemn you – I forgive you.”  It’s not that He agrees with our ways, but He gives us another chance.  If the world has a different view of God, it’s not because of God – it’s because of those who misrepresent Him.  With humility of heart, let us say, “Lord, draw in my heart and mind a right image of You.  Help me with Your grace to represent You to the unbelieving world for which You died on the cross.”

Heavenly Father, we thank You for enlightening us.  We have a wrong image of You; and You touch our hearts and minds to understand through the Revealer Jesus Christ that You are a God who does not condemn – and yet You allowed Your Son to be condemned on our behalf.  We cannot understand – it’s beyond human reasoning.  May we see You in a different light from this day; and may we represent You truly to the world for which You died.  In Jesus’ name.  Amen.