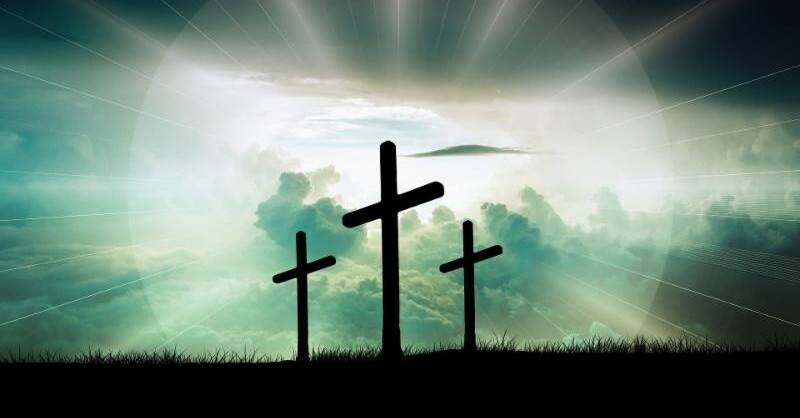 It is hard to believe that Holy Week and the Paschal Feast are here. The ancient liturgical events from Palm Sunday through Holy Week and culminating on Easter morning are so rich. I know each of you will be preparing sermons, and that is good. But the liturgy will do a great deal of the preaching by itself. The message is simply the victory of Jesus over Satan, sin, and death. It is the glory of Jesus!

In the 1960s and 70s, spearheaded by Dr. Elizabeth Kubler-Ross, a Swiss Psychiatrist, we saw the beginning of the field of Thanatology. Thanatology, or the study of death, led to the Hospice Care movement, which stood absolutely opposed to any idea of euthanasia, like that advocated by Jack Kevorkian. Dr. Kubler-Ross and Hospice suggested that there was much “human work” to be done when we are dying and in death itself. She did massive studies of near-death experiences. And she was most famous for developing the five stages of death and dying.

Out of this movement, which continues today in the Hospice Program and Palliative Care Units in Hospitals, came a revolution in medicine and psychology, social work, and Pastoral Care. Many of our CEC clergy work in or are associated with the Hospice Program. It was a revolution that built on the obvious that we are all dying. The significance was not the fact of death, but the significance of the movement was the acceptance of the reality of death and the care and spiritual direction that can be given not only to the dying but to all of us. Something that has been sorely lacking in a culture that sterilizes death. I am thankful for all the CEC clergy who do Hospice and Palliative Care work.

I had the opportunity to sit next to the (retired) Archbishop of Canterbury, the Most Rev. Donald Coggan. We were participating in a “break out” session on leadership during Renewal Conference in Baltimore, Maryland. Archbishop was the plenary speaker. And he was awesome.

We did some chit-chat prior to the session’s leader giving an introductory talk on leadership in the Charismatic Renewal. At one point, he said, “we need to teach people how to live a good life.” Archbishop Coggan turned towards me and whispered, “Young Man, don’t you dare do that, or you will not preach the Gospel. Prepare people to die a good death.” Wow!

Any good life will be a life that was lived out in the reality of death and the hope of the resurrection. Any good life will be a life lived “participating in the suffering and death of Christ, in order to know and share in the power of His Resurrection.” Any discipleship program must begin and end with a deep understanding of Luke 9.23, “And He said to all, ‘If anyone would come after me, let him deny himself and take up his cross daily and follow me.’” Discipleship is having the image of Christ Jesus formed in us by the power of the Holy Spirit.

I love the Proper Preface for funerals (Mass of the Resurrection) in our, soon to be, new Sacramentary.

“Father all Powerful and ever-living God, we do well, always, and everywhere, to give You thanks through Jesus Christ our Lord who rose victorious from the dead and comforts us with the blessed hope of everlasting life. For to Your faithful people, O Lord, life is changed, not ended, and when our mortal body lies in death, there is prepared for us an eternal dwelling place in the heavens.”

How appropriate that the liturgical renewal changed the liturgical colors for “funerals” or “Burial of the Dead” from Purple/Black to White. Now we celebrate the life of the person and their resurrection in Jesus. Death recalls our own mortality and the hope of the new day now in our present life and the life to come. Even in the darkest moments of pain and despair, there will be, because of the Cross and Resurrection of Christ Jesus, an unending hope of salvation, healing, restoration, reconciliation, and new birth.

Right now, the Charismatic Episcopal Church in North America has been thrust into a season of hope and new birth.

There is a great deal of talk in the Church, not just our communion, about “three streams” or “convergence.” In the 1980s, there were only a few who talked about the “convergence” of the Catholic/sacramental/liturgical “stream,” the evangelical “stream,” and the charismatic “stream.” But like the birth of the Pentecostal movement, the Revival movements of the 1940s and 50s, and the Charismatic Movement of the 60s and 70s, there was a small group of, dare I say, prophetic Pentecostal and Evangelical men and women who saw these three streams as coming together. In fact, what they were saying, and I am going out on a big limb, is that the worship of the ancient Church was “convergence” in nature. And that the Church today should embrace all three streams.

I could, at this point, go on and on about the streams of Israel that flow from the area around Caesarea Philippi. They are beautiful. Particularly beautiful are the Dan Stream and the walk-through Tel Dan National Park. The sound of the rushing streams is very soothing and peaceful, like a great classic composition, but it is nature’s music. These streams will flow into the Sea of Galilee, around which was the majority of the life and ministry of Jesus. The streams gave life to the people then and today. But Galilee is not the end as the Lake gives its life to the Jordon River. The Jordon River, where the people of God crossed into the Promised Land to a new beginning. They were no longer slaves but inheritors of the Promises of God. The Jordon River where John the Baptist called those same people to repentance and an awakening to the Lamb of God. And finally, the Jordon River, where Jesus was baptized by John and received the anointing of the Holy Spirit. It is the river where we are transformed.

It is a day of “baptism in the Jordon” for the CEC. It is a “changed” day. It is a resurrection day!

I want to encourage all of you. I know that Holy Week will be special for each of you, and it will be special for your people. God is going to send you visitors and family members. See God’s hand at work in them. See in their faces the very image of God.