Pentecost 2022 – Message by the Patriarch 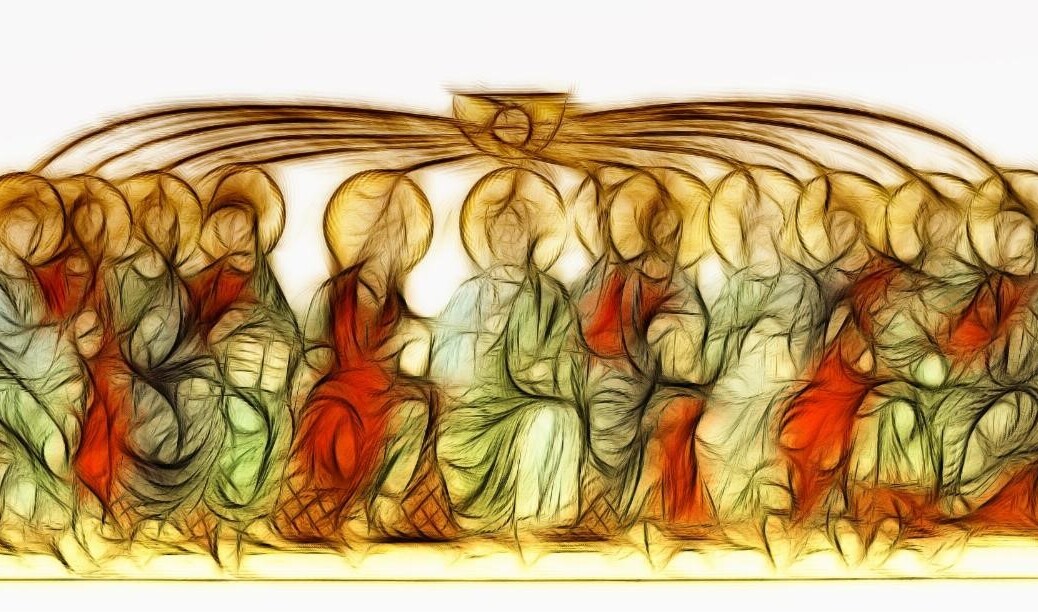 Dear Co-workers in the Kingdom Vineyard,

The Feast of Pentecost is quickly coming upon us. In the first days of the Charismatic Episcopal Church, the “House of Bishops” (now the Primate’s Council) thought the Feast of Pentecost so crucial that they decided to extend the Feast or season until almost halfway through what is now Ordinary Time or Kingdom Tide. Though we were supposedly “celebrating” a season of Pentecost, the daily readings and the Sunday Lectionary had us moving forward, with the rest of the Church, by reading the appropriate readings about the King and His Kingdom. We were, I am sure, the only communion around the Church that were wearing “red” vestments while the rest of historical Christianity was in “green.”

The Patriarch’s Council and the Primate’s Council made a correction and went back to letting Ordinary Time begin the Sunday after Trinity Sunday. Not because we saw Pentecost as insignificant; obviously, without Pentecost, there is really no Kingdom message to preach. But instead, we knew and respected that Pentecost was the conclusion of the redemption message of “Good Friday, Holy Saturday, the Resurrection, Ascension, and Pentecost.” These Feasts are a “package.”

A while back, I was in a conversation with a really great man and pastor, and at one point, he said, “the roots of our communion are in Anglicanism.” I can understand where he and others might get that impression because we embraced the 1979 Book of Common Prayer, adopted many “high church” ceremonials, used British titles like Rector/Vicar, and wore Anglican garb (purple shirts for Bishops), etc. In fact, I believe the original name of the CEC was going to be the Charismatic Anglican Church.

However, the roots of the CEC are not Anglican or Episcopalian. Archbishop Adler was consecrated in 1992 by a Bishop in the Old Catholic Tradition. The Anglican line was not added until Dale Howard was consecrated Bishop of Florida. The Bishop of the Episcopal Missionary Church was one of the co-consecrators (not the chief consecrator). The Anglican Rite, with some modifications, was used for consecrations up until my own consecration in 1997, when the Patriarch’s Council used the Pontifical Rite after receiving the Rebiban line from the Brazilian Apostolic Catholic Church at a service in Baltimore, Maryland. This line was added to all the Bishops present at my consecration. The Pontifical Rite is now used in all consecrations in the ICCEC.

There was also some debate around the time of my consecration, and shortly after that, we should change our name since we were “not” Episcopalians. In fact, a statement was added to our website, and I believe it is still there, that clarifies that we never were part of the Episcopal Church, nor did we intend to become part of the Episcopal Church.  At the same time as those conversations were going on, a member of the “House of Bishop” uttered the words, “we are Catholic, and we are the Church.” (A bishop, who is no longer with us, returned to Anglicanism.) Then another Bishop (who has since returned to Anglicanism), with the support of two other Bishops, no longer with us (one, a former Methodist pastor became a Roman Catholic priest and the other returned to Anglicanism), voiced in a loud voice “I am not an Anglican, I do not want to be an Anglican, I despise Anglicanism.” Those formative days were interesting, and I prayed fervently for Archbishop Adler, who was tasked with hearing God and bringing about His purposes for us. His heart and soul were invested in unity.

I relate these stories only to show that our “roots” are not in Anglicanism. Our roots were in Pentecostalism and the independent Charismatic Movement.  Of the early Bishops, before my consecration in 1997 and the receiving of the Rebiban line, the heritage of the Bishops were eight Pentecostals, four independent Charismatics, three Episcopalians, and one Methodist, and one Lutheran. And, if you go back to the very grassroots at St. Michael’s and St. Luke’s in Arizona, the Bishops and the clergy were almost 100% Pentecostal or Charismatics.

The journey was not towards becoming a new and revived Episcopal Church or to become the “authentic” Catholic Church, but rather to embrace the “three streams” of charismatic/Pentecostal, Evangelical, and historical/liturgical worship into ONE MIGHTY RIVER. It was often said, and rightly so that we were not getting rid of anything; we are adding to us (Pentecostals and Evangelicals) the historic rites of worship of the ancient Church. The 1979 BCP was adopted not because it was Episcopal but because it was easily adaptable to the Charismatic/Pentecostal experience. And it was hoped we would develop our own rites and ceremonies.

In the early part of 1960, Fr. Dennis Bennett, at the time the Rector of the 2400 member St. Mark’s Episcopal Church, was attending a prayer meeting/Bible Study with a group of members of the Assembly of God. This group offered to pray for him to receive “the Baptism with the Holy Spirit” and the gifts of tongues – as a prayer language. On April 3rd of that same year, Fr. Bennett announced from the pulpit that he had received the baptism with the Holy Spirit and the gift of tongues. He resigned as Rector. He accepted a position as Rector of St. Luke’s in Seattle, Washington, which grew as a large church and the center of Charismatic Renewal in the Anglican Church. I was part of that heritage and am thankful for men like Bishop Alexander Stewart, Fr. Terry Fullam, our own Bishop Philip Weeks, and the late Bishop Frank Costantino, who nurtured me in my walk as a “charismatic.” I joined the CEC because it was the CHARISMATIC Episcopal Church.

The promise is that though John is baptized with water for repentance, we would be baptized or immersed in the Holy Spirit. As illustrated on the Day of Pentecost in Jerusalem, that meant the full manifestation of the charismata (gifts of Spirit) in worship and ministry. The Church on the Day of Pentecost was living in holy expectancy of the promise of the Father. The coming of the Holy Spirit on that day, and in all revivals throughout the 2,000 years of history of the Church, led to a ministry that transformed lives, cultures, and nations. That immersion of the Holy Spirit empowered the missionaries and evangelists of the Church and gave grace upon grace to the martyrs. It was and is transformative in the lives of all who open themselves or present themselves for immersion into the life of the Lord Holy Spirit, the giver of life.

Those who came from the Pentecostal and Charismatic world knew that the “water” of the Holy Spirit was meant to flow through riverbanks. “Water” without riverbanks caused “floods,” and “floods” were destructive. But “water” with riverbanks created life. At the same time, we remained well aware that riverbanks without water become dry and a home for snakes and scorpions.

We need to pray that all our churches and people are open to the Charismatic, or they will miss the MIGHTY RIVER. We need to refresh ourselves in His presence so that we come to worship expecting and eagerly desire the spiritual gifts, especially the gift of prophecy. The gifts of knowledge, wisdom, and healing should be normative and ordinary and not occasional and interruptive. Nor should it be scheduled on a Friday night or Wednesday night. Even the children should be taught to move in the gifts of the Spirit. Couples should learn how to consult the Lord Holy Spirit for their marriages and the raising of their children. Children don’t need to be educated in “gender identity” but in their identity in Christ given to them at baptism, and so their ability to hear the word of the Lord.

I pray that the mighty stream of Pentecost will be released as new and refreshing water welling up in us and thrusting us into the world with the Gospel. Let us examine ourselves and see if there are any blocks to the flow of this great stream. On Pentecost, Sunday, may the walls shake, and the people tremble at the movement of God among us. Let us celebrate and embrace our Pentecostal roots and heritage.

Walking by faith and under His blood,