Let us build the New Jerusalem 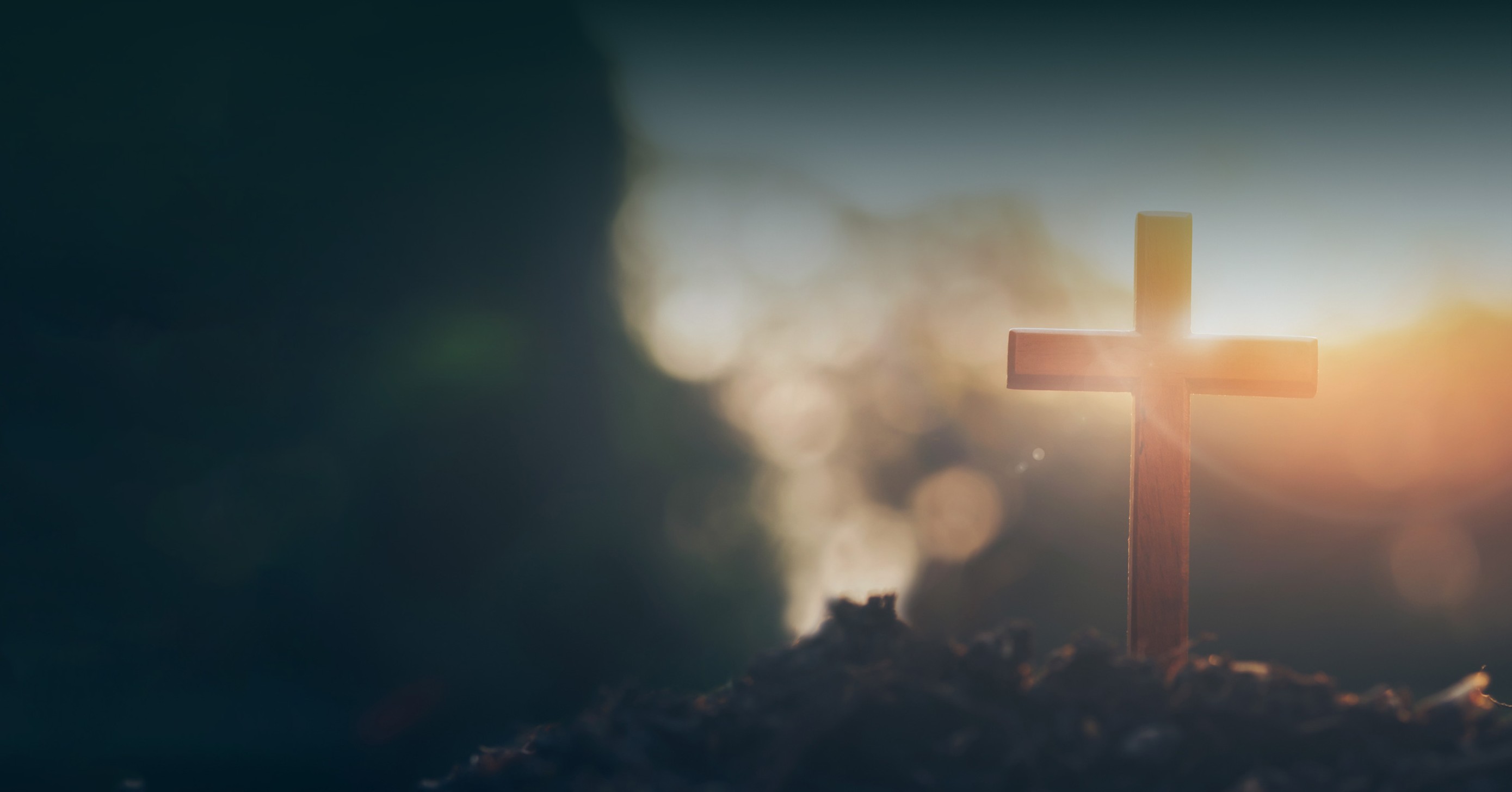 In today’s first reading, as Lydia was listening to the Word of God, God opened and touched her heart.[1]  This can happen in the Mass.  When you listen, it’s not the preacher that is speaking.  Tell the Lord you want to hear His voice, and ask Him to speak to you.

In John chapter 14, Jesus told His disciples He would not be with them much longer, yet He would not leave them as orphans.[2]  He was preparing them for His approaching death on the cross, and for His ascension.  They were disappointed, and fearful of what was to come.  Jesus in essence was saying, “You don’t need to be afraid”.  The disciples preferred Jesus to stay: they

“were caught between the hope of His mercy and the fear of their own stumbling and the trials that awaited them”.[3]

Jesus calls them to have faith,[4] which is more powerful than anything else; without faith it is impossible to please God.

The Lord is a Warrior-King[5]

The Bible is the greatest book of all time.  It has one story to tell, which is of Jesus Christ and the salvation of the world.  It contains innumerable pictures of God’s plan – but always the same plan and theme.  David was a pre-figuration of Jesus: he was a shepherd and a king, and Jesus would be a Shepherd-King to His people.  Moses and Joshua also prefigured Jesus, who is a greater Joshua and a greater Moses.  The Old Testament beautifully painted a picture of what would happen, and some of those things are happening in our midst.

God is depicted in the Old Testament as a Warrior-King – not because He is seeking a fight, but He raises His people from death, defeats His enemies, takes the spoils of battle, and builds His house.  Ultimately this is seen in His crucifixion and resurrection.  When the Israelites were at the Red Sea with the Egyptian army behind them and the sea before them, Moses said,

“Do not be afraid, stand firm, and see the deliverance that the Lord will accomplish for you today; for the Egyptians whom you see today you shall never see again. The Lord will fight for you, and you have only to keep still.”[6]

We all face battles in life.  We don’t want to fight, but we have an enemy: the enemy of God who seeks to steal, kill, and destroy (and who tries to stop you from going to church on Sundays).  Moses said,

The Hebrews slaves didn’t simply leave Egypt – they left with Egypt’s wealth: silver, gold, and clothing.  Tired of the plagues, the Egyptians urged them to leave, and willingly gave them what they asked.  The purpose was God’s plan for Israel to build a tabernacle.

Solomon said, “Who can build a temple for You?  You are magnificent; You own the earth.  Even if we build a palace for You, it won’t be good enough, because You are the God of the universe.”  This is why Europe is filled with magnificent houses of worship, visited by millions of tourists from around the world.  It took 800 years to build the cathedral in Cologne.  For a time, there was only an altar; and even during the winter, people worshipped in the open air.  It is awe-inspiring and breath-taking – because the people had a different view of God.  Chartres Cathedral is well known for its stained glass, and it’s said that it costs a million euros to clean one window.  No one will insure a church, because it’s invaluable – beyond the materials, the faith and sacrifice of the people is priceless.  David fought many battles, and his son Solomon built the temple from the riches he obtained.  He built a breath-taking, awe-inspiring house which one day God filled with His presence and His glory.  David says,

“O Lord, I love the house in which You dwell, and the place where Your glory abides”;[8]

We face a very daunting challenge; and according to the calculations, it is impossible.  But keep still, and have faith in God, because He is a mighty warrior.  It will be a witness to the generations to come that these simple Filipinos with simple jobs were able to build such a thing.

Beyond a structure or building, in the second reading Saint John in a vision describes the Church as the New Jerusalem, the Bride of Christ, beautiful and pure.  The book of Revelation is a heavenly vision of liturgical worship.  21:21 says,

“the twelve gates are twelve pearls, each of the gates is a single pearl, and the street of the city is pure gold, transparent as glass”.[10]

Can you imagine the roads in your city being pure gold?  What would your car be made of?  But that’s not what it means – the point is that gold doesn’t rust.

John sees a new heaven and a new earth (Revelation 21:1-2), replacing the old creation.  There are two Greek words that are translated as “new” in English”: one means chronological newness; the other is newness in kind or superior quality, kainos.  It’s the latter that is used here.[11]

The task of Adam was to “heavenize” the earth, and this was accomplished in the Second Adam.[12]  He was to keep earth like heaven and to make it more like heaven, but he failed to do so.  Instead, he invited sin, and its entrance made the earth uninhabitable, almost abysmal – this is why Scripture speaks of the abyss.  We may feel that the earth is not a good place to live, but it will be changed.

Many people think of heaven as “going up”, but this passage says “coming down”.  This doesn’t mean the city is like a spaceship or that it is floating in the air; rather its origin is from God, its architect and builder.[13]

Is this new heaven and earth to be interpreted as something only in the future?  David Chilton says no; but

“[what is] absolutely and completely true in eternity is definitively and progressively true now”.[14]

Many people think salvation means going to heaven rather than hell after I die; but if you don’t have salvation now, you won’t have it then.  Salvation is time-sensitive; there’s no place for complacency.  Salvation is now, and we can begin to live it out in the midst of where we are.  You don’t have to wait until you get to heaven to rest in peace – you can experience Christ’s peace even in the midst of turmoil.

“Our enjoyment of our eternal inheritance will be a continuation and perfection of what is… in this life [now].”[15]

Seek the things above

“In view of the fact, therefore, that you were raised with Christ, the things above be constantly seeking [and always have in mind.]”

In Baptism we died with Christ and were resurrected with Him. Our life here on earth is a time to set our hearts and minds on what Christ has done on the cross.  It’s not only for the future, but something we should enjoy now as our inheritance.

We’re not only in a physical location, but when we invoke the name of God we are in His presence; and in the Eucharist, we join those in heaven to worship God and say, “Holy, Holy, Holy”.  The unique architecture of churches includes a narthex, a small enclosure at the entrance.  When we enter the narthex, we need to realize we are entering the holy place, leaving the world behind us, and entering the Kingdom of God.  Many people are in a rush, and don’t think that they are entering God’s presence, and are not prepared; but we should be prepared to meet the great and mighty God.  Wherever we are geographically, we’re in God’s Kingdom.

Heavenly Father, we thank You for Your Word.  The mystery of the cross is beyond our imagination, and we ask for the help of the Holy Spirit. We think this is where we’re supposed to live, but we are intended for another place.  We think the Church is an edifice, but You are changing our thinking: Help us understand, and let us always look forward to what You have in store for us.  May You fight the battles we face.  Thank You for the plunder and spoils of Egypt; and as we desire to build a house for You, may it be so – not in our strength and power, but in Your strength, power, and provision, so we can say and witness to future generations that it happened not because of us but because of You as we put our trust in You and embraced the heavenly vision You gave us.  In Jesus’ name, amen.

When did God first speak to you and open your heart?  What did He say?  What happened, and how did it change your life?  Do you continue to have similar experiences?

What kinds of fears and uncertainties do you experience?  How is the promise of God’s presence helping you to trust Him and to face them?  Do you have peace in the midst of the turmoil of this world?

What are the spoils of battle that Christ has won through His death and resurrection?  What has He given you to contribute for the building of His house, and how are you doing so?

Are you, and is the church to which you belong, believing God for a building?  In another sense, are you, your family, and your church believing God to “build” something beautiful and magnificent for Him (a family, a ministry, or some other project)?  What is your vision?

In what ways does gold describe eternal life in Christ (both present and future)?

Are you focused more on events and circumstances in the world, or life in Christ and advancing God’s Kingdom?  Do you more often come to church in a hurry and unprepared, or prepared to meet with God?  What are you, your family, and your church doing to “heavenise” the earth?

[5] This section relies extensively on the chapter on Revelation chapter 21 from David Chilton’s The Days of Vengeance; An Exposition of the Book of Revelation (Dominion Press, 1987)