30th Anniversary of the ICCEC 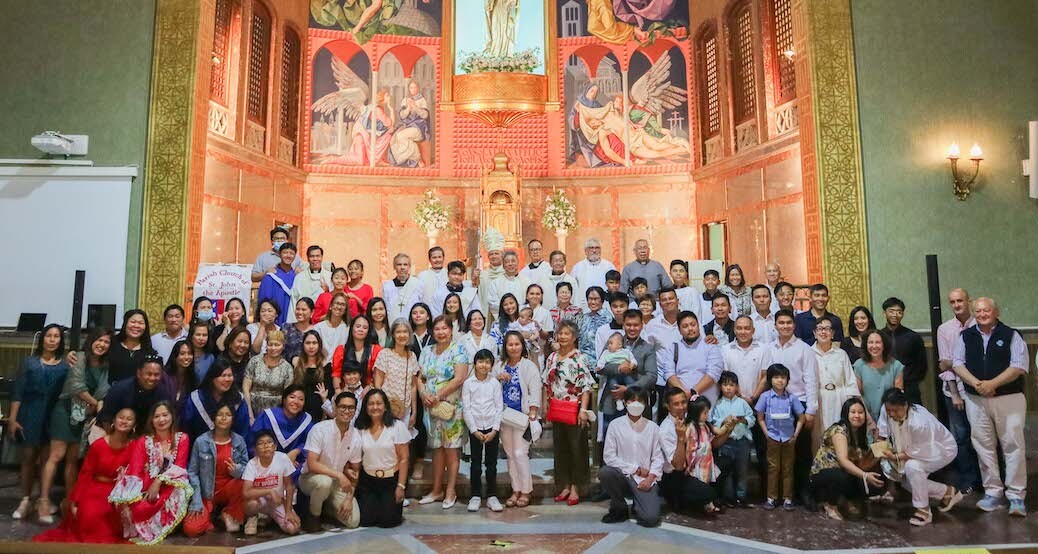 The Thirtieth Founding Anniversary of the International Communion of the Charismatic Episcopal Church (ICCEC) was solemnly commemorated and joyfully celebrated on the 26th of June 2022 by the Church’s European Diocese in Madrid, Spain at the Iglesia de Nuestra Señora de la Consolacion. On the same date in 1992, the Rev. Randolph Adler was consecrated as the first bishop and primate of the ICCEC.

At this point of God’s time, the ICCEC is the most globally visible and enduring Christian institution that concretely represents the Convergence Movement which was started by various independent Christian churches of divergent backgrounds all over the United States in the 1960s and triumphantly flourished within the 1970s and the 1980s. The Convergence Movement is a solid fusion of Christian spirituality that emanated from the faith convictions of Evangelical, Pentecostal, Charismatic, and Liturgical Christians from a variety of denominational orientations.

The Madrid event was well attended by the clergy and lay delegations that constitute the European Diocese parishes in Germany, Italy, France, the UK and of course, Spain. It was also graced by the presence of some local government officials of the city of Madrid.

In the introductory message of His Grace, Diocesan Bishop Jose Elmer Belmonte, he underscored the important point that the anniversary celebration is “a momentous event that ought to be particularly marked by our children on a yearly basis so that we will always remember our roots.”

The event’s homily was delivered by Fr. Terry Gensemer whom Bishop Elmer introduced as “a warrior of the Kingdom of God” being a strong and committed defender of the sacredness of human life. The good Bishop likewise reminded the parishioners that Fr. Terry is officially a Canon of the Diocese.

In his homily, Fr. Terry particularly focused on the sanctity of human life whereof we should be thankful to God. Along the way, he lamented the fact that in the US alone, the culture of death is so pronounced so that last year, 14,000 suicide cases were recorded; 2,000 young people were killed in gang-related violence; and teen pregnancy has gone rampant. Moreover, the most heartbreaking statistics of global proportion are the 40 to 50 million cases of aborted babies in the world.

Fr. Terry made us aware that we are in a situation of chaos but we should strenghten our faith in a powerful God for He is a God of order and not of chaos. In this sense, whatever chaos the world has been experiencing nowadays, through the instrumentality of His people, He will definitely and absolutely turn chaos into order. In the book of Genesis, there was chaos before the creation of the world. But God brought order to chaos because He is a God of order. At this point, Fr. Terry reminded us that order brings peace and this peace transcends all human understanding because it does not come from human beings but from God. It is therefore God’s aim to bring order and peace on Earth and no other power can hinder it.

However, Fr. Terry stressed that we should realize the importance of our roles as Christians in pursuing this goal with God. In this sense, we should have the faith that God has strengthened us and we should not think that we are just children whose capabilities are limited. Yes, we are children but we are God’s children–the crowning glory of His creation. With such power, “God has a desire for us to reverse the curse of death on earth,” Fr. Terry pointed out.

Towards the end of Fr. Terry’s powerful homily, he brought home the incontrovertible fact that “a people who seek the purpose and the will of the Lord are a people who will see the power and the strength of the Lord.”

In Bishop Elmer’s parting message, he emphasized the point that “we are serving not a dead God but a God who is alive. And if we believe that God is alive, that means he is at work in the Church to strengthen, to encourage and at times to correct what is amiss.”