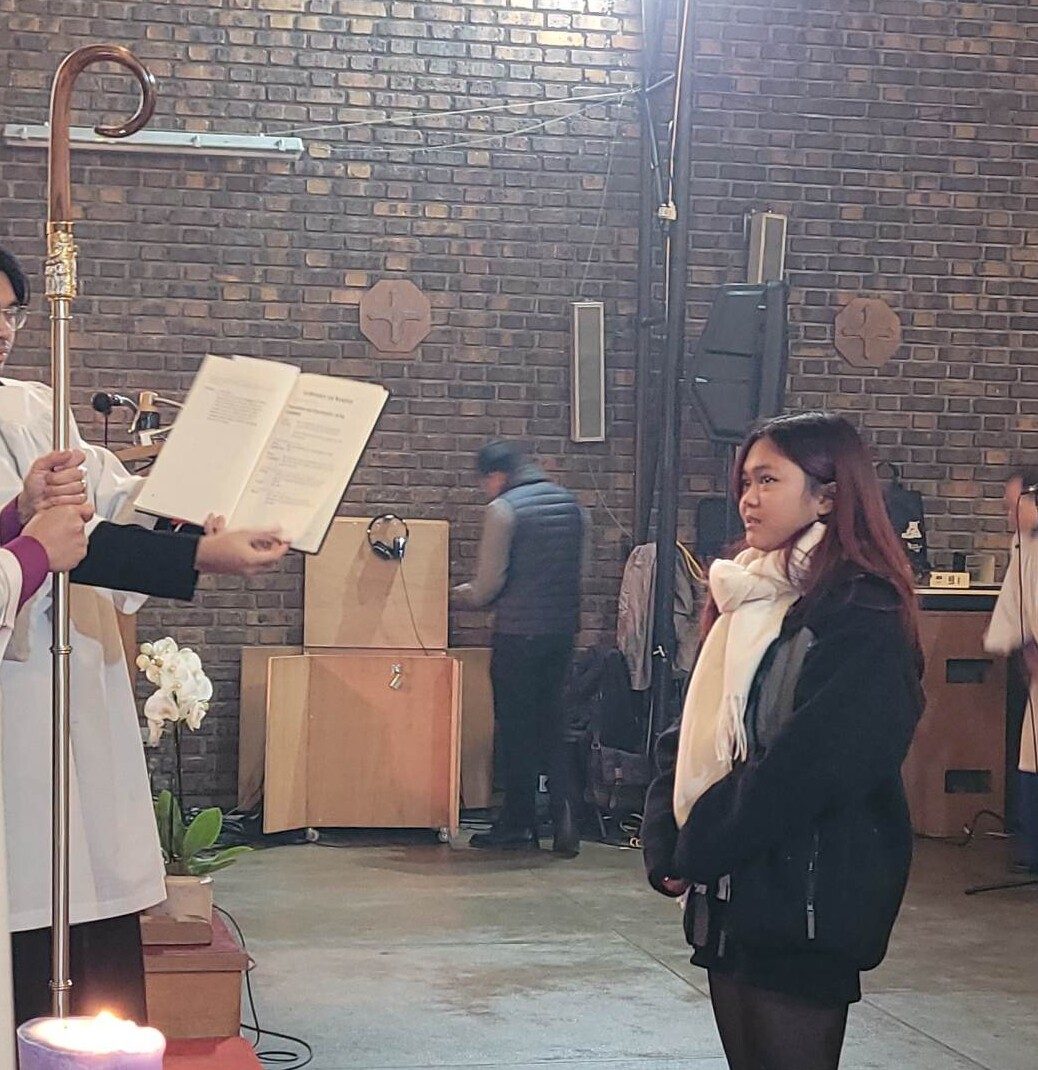 December 18th, 2022 marked the day my childhood friend Natacha was confirmed in the Charismatic Episcopal Church of Paris. Alongside a few other youths, she previously attended the cursillo that took place in November.

For many of them, the cursillo altered the course of their lives. Far from their families, internet and other distractions, they learned about God and immersed themselves in a routine that involved Him at every moment of the day. At the end of this experience, they had to face an important decision: Who is God to them? And specifically, is this the path they want to follow from then on? This is a choice we all as christians have to choose for ourselves.
The cursillo gave them the knowledge that the path set before them is far from a trouble-free one, but at the end of the day choosing God is choosing a purpose, its being in peace knowing that life is so much more than what we know.

Although we are 2 years apart, Natacha chose me to sponsor her. That was really surprising to me.

Despite both of us being rather young, she told me that she made that decision because she could easily open up to me.

Funnily enough, at the beginning of this school year, she and I became roommates as we both decided to study in the South of France. I think deep down, God was preparing both of us for that day.
We’ve shared similar experiences in life and are able to be objective with each other.

I feel very honored to be picked as a spiritual parent. In a lot of ways, it encourages both Natacha and I to get to know Him more. Now, as we move forward to another year, may we continue to seek God and His wisdom every day, for ours and others’ salvation.