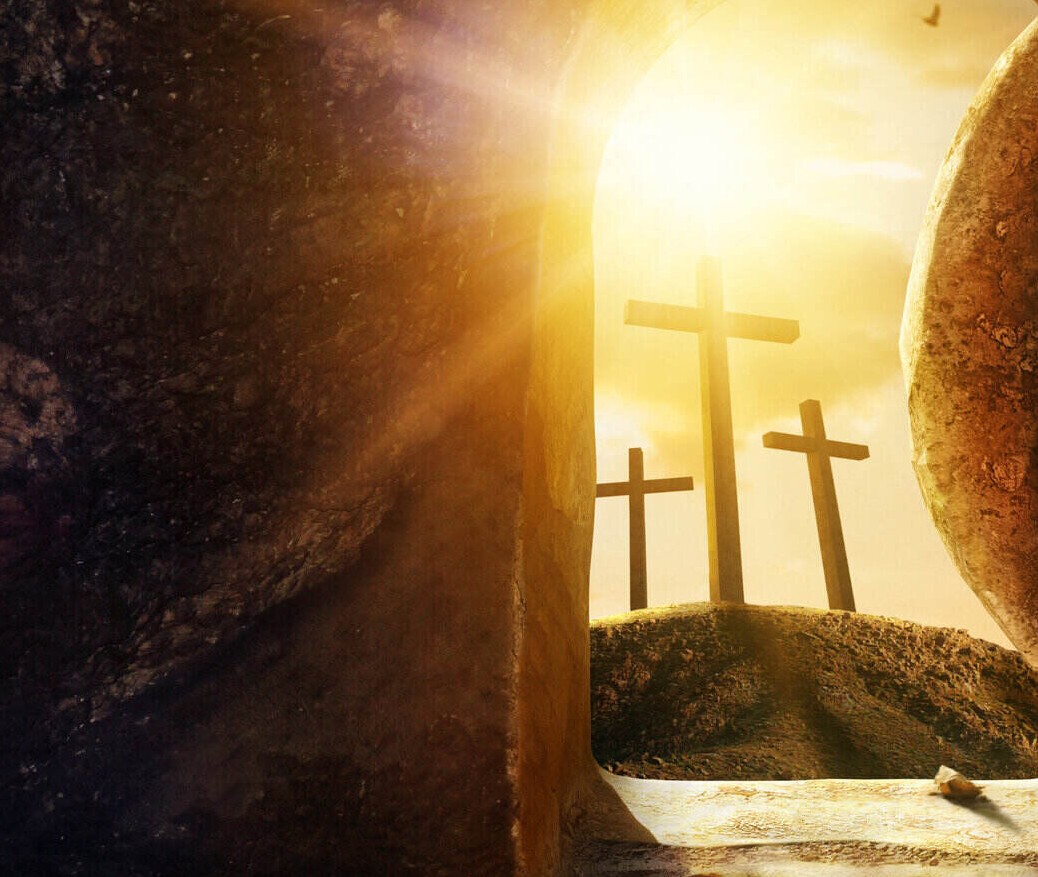 The season of Easter is truly a joyful celebration, as all Sundays should be.  Every Sunday is a celebration of Christ’s Resurrection; some call it the “mini resurrection”.  The Resurrection is the bedrock, the foundation of Christianity.  There were many things Jesus said to His disciples that didn’t make sense.  Even in today’s Gospel, they still didn’t understand; neither did others who heard Jesus speak about it (John 12:24, Matthew 26:61).  These words fell on deaf ears, perhaps, when Jesus uttered them.  But because of the Resurrection they began to understand, and so will we.

There’s a big difference between resuscitation or reviving a person, and the Resurrection.  The raising of Lazarus was to point to Jesus and who He was, as He spoke to Mary: “I AM the Resurrection and the Life”.[1]  He also says, “God is love”, “I Am the Way, the Truth and the Life”, “I AM the Good Shepherd”, “I AM the Light of the world”.  He IS the Resurrection and the Life.  He doesn’t have – He is.  Clinging to Jesus is to receive life – although not yet for Mary Magdalene.  The Resurrection is a thread of undeniable evidence which includes the empty tomb and the risen Christ’s appearance to Mary and His disciples.  We’ve heard of many so-called gods who died and never rose from the dead; only Jesus died and rose from the dead, no longer to die. That’s what makes Christianity different.  Those who identify with Him in the Sacrament of Baptism partake and participate in the very life of Christ, His resurrection life.

The Resurrection transforms time for Christians, making Sunday the “eighth day”, which speaks of eternity, and the first day of the week, which marks the first day of new creation.  We receive the new creation fully when we get to heaven, but we can live it partially and initially here and now.

The readings yesterday and today speak about Mary Magdalene.  While it was still dark, she went to Jesus’ tomb to anoint our Lord’s body.  To her surprise, the body was gone.  She panicked in confusion and despair.  Someone must have stolen or vandalized it – or, “If you have laid it somewhere else, tell me” – an entirely understandable reaction.  She’s coming to a graveyard in dim light, a creepy undertaking in itself.  In front of her is the strange sight of the tomb’s dark mouth open before her eyes, and the vast stone that sealed it is rolled away.  Frightened and upset at the desecration of Jesus’ body, her first impulse was to run to John and Peter.

We’ll see the difference between their reaction and hers.  The two disciples quickly headed to the tomb, looked in and left.  Mary’s behaviour was completely different.  She remained behind weeping – not in the silent, demure, refined way of European tradition, but the loud wailing and lamenting of ancient Middle Eastern culture.  She cried without regard to her public dignity, oblivious to whoever might have been around her.  She was totally focused on Jesus; she was empty, lost and without Him.  It was bad enough that Jesus died; now His body was gone.  Mary Magdalene embodies the church of the forgiven sinner: “Whoever is forgiven much, loves much”.  Remember her total devotion to Jesus Christ.  Her question was: “Where can I find Jesus?  Tell me where you laid Him, and I will anoint His body.”  It’s not to Peter or John that Jesus first appears, but to a weeping woman who was devoted to Him.  As a result of her lingering, Jesus appeared to her.

At first she didn’t recognize His voice or Him, but thought He was a gardener.  If Jesus appeared to me or you today, would we recognize Him?  Perhaps with our eyes and ears we might not.  He can only be recognized through the heart, and then the sight and hearing follow.  Jesus tells her, “Mary” and then she recognized His voice – because she was devoted to Him; she loved Him in her heart.  She responded, “Rabboni” – “Teacher”.

She went back and announced it to the disciples: “I have seen the Lord!”  The first evangelist was a woman.  Christianity doesn’t look down on women.  There are many men in Scripture, but also many women who’ve been part of the work of God’s salvation and redemption.  In some cultures, women are considered second-class citizens, but not in Christianity.  It was Christianity that lifted up women, because in God’s eyes we’re all equal.

Hope beyond this life

To paraphrase Dietrich Bonhoeffer: For the world, the empty tomb is an ambiguous historical fact.  For believers, the Resurrection is a sign of God, a confirmation of prophetic utterances and God’s promises in the Old Testament.  For the world, the Resurrection remains an unsolvable puzzle, which in no way can compel anyone to believe; they could easily set it aside and say it’s a myth.  But as we know, the disciples were witnesses of Christ’s Resurrection.  It’s undeniable, and the world must face it.  For believers, it signifies the reality of what they believe and already know, and what has been promised to them; that although God is transcendent, He’s active in history.  Easter and the Resurrection not only addresses the past but also points to the present and the future.  It frees us to think, beyond this life, about the ultimate meaning of all life, as well as suffering and events in the world we live in; it gives the hope humanity needs.

Death isn’t the end for Christ – it was a new beginning.  If we’ll only see life from that perspective, we’re challenged.  Someone asked me: When are we saved?  The Church says: We have been saved, we’re being saved, and we will be saved.  By the same token, humanity was resurrected with Christ, and we will be resurrected at the end of the age.  One day you won’t have to visit the remains of your loved ones in the cemetery – the tomb cannot resist the resurrection power of God.  We’re sorrowful when our relatives go, and we visit them once a year or more; but one day the cemetery will be empty, as the tomb today was empty.

The tomb couldn’t hold the power of Christ’s Resurrection; neither will the tombs of today be able to hold our bodies.  We must be able to see, live our life, and live this existence, not in the light of death but in the light of the Resurrection: that’s what we need to strive for. The tomb empty, death vanquished, we shout the victory.  We were resurrected in Christ, and we will be resurrected.