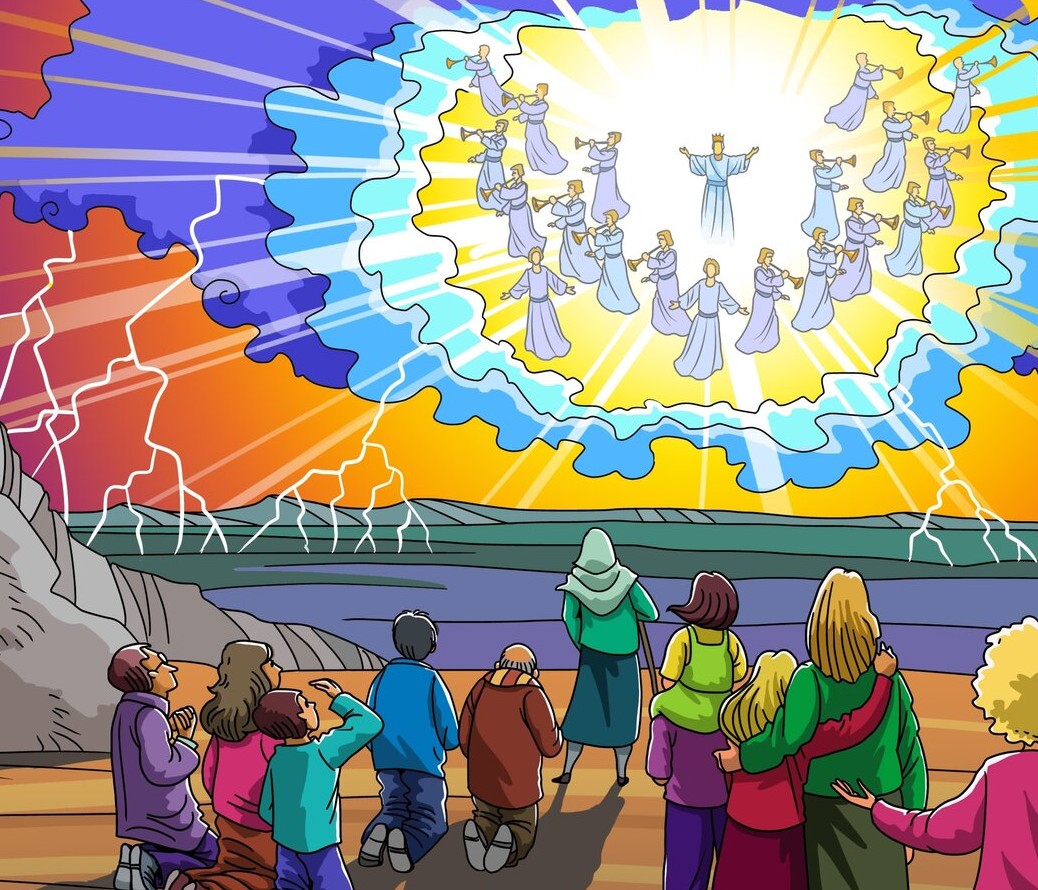 Today’s readings prepare us for the feast of Christ the King and the celebration of Christ’s Second Coming.  For 2000 years the Church has been looking forward to the promised coming of Jesus.  The question of the long delay can lead people to abandonment and disbelief of the promise, so they stop expecting and preparing – may it not be so for us.  The Church preaches the same message year after year to keep us diligent and vigilant: any time, any day we should be ready for Christ’s coming.  No one should be mistaken: it will happen as promised.

It will happen when least expected, and it’s beyond our grasp.  Saint Chrysostom said, “Let us not be masters of the end, but instead let us be masters of virtue”.  To specialise in predicting Christ’s Second Coming is futility.  His coming is a fulfilment and reward to the faithful who do not waver in hope; but to those who ignore the promise it will be fear and wrath.  Students know there’s a final exam: it’s wise to study and prepare in order to pass; unwise students ignore it but will be overtaken by it and may fail.   Christians shouldn’t be surprised when it happens but if it doesn’t happen – because it’s been promised.  Our hearts should be filled with expectation and hope.  Wisdom dictates that we should be prepared – not only on Sundays but on a daily basis: we should always be mindful that Christ will come and we’ll meet Him.  It’ll be a great and exciting time for those who hope for Him: may we not be overtaken.

The test of stewardship

In Matthew chapters 24-25, Jesus gives His disciples four parables explaining how and why they should be prepared for the Second Coming:

No one wants to be tested, but gold must be tested before it can be pure.  We don’t want to be deceived and buy something fake.  Our faith must be tested for this reason.

A master went on a long journey, leaving his servants with money (not “talents” as we understand it today).  To the first two, he entrusted five and two talents respectively; to the third, one talent.  When he returned, he did an accounting: what had they done with the talents?  The first two had traded with the money and doubled the amount.  In both cases the master said, “You’ve done well; you’ll be given more.  Enter into the joy of your lord.”  We might ask why they were given different amounts, but the parable is more concerned with their stewardship.  The Gospel uses strong language, characterising the third servant as wicked, lazy and slothful.  The first two servants took the initiative and traded; but the third didn’t, indicating a lack of ingenuity.  If the amount were important, the third servant would have been in greater trouble if he’d been given five talents: if he couldn’t be wise in dealing with one talent, much less with five.

What was Jesus teaching His disciples?  What can we learn from this today?

God wants us to be good stewards, because everything we have is entrusted to us undeservedly.  The goods entrusted to the servants weren’t theirs – they were God’s.  They weren’t ordinary talents or goods, but resources from God.  The story is about spiritual atrophy or waste.  Abilities not used or cultivated in this life will be lost or deteriorate, and will eventually be taken away.  If you learn another language, after a while if you don’t practice it, you lose it: this is what happened to the third servant.

Enter into the joy of your Lord

We may be persecuted, but our reward in heaven will be great (Matthew 5:12, Luke 18:30, Revelation 20:6).  The servants may have been tested; but, proving trustworthy, they were entrusted with more in the life to come.  Scripture promises that our reward won’t come from this life but the life to come.  I’d rather receive the reward from heaven, because earthly things will pass away but things from heaven won’t.  If we remain faithful, become good stewards, follow the Lord and don’t give up, if we’re vigilant, expect His coming and obey Him on a daily basis, God will reward us.  If you do something great, if you help someone, your reward won’t come from me, the church or anyone else, but from God – and you’d rather have the reward from God.  God may demand certain things from us and test us, but He knows how to commend and reward His people.

C.S. Lewis said: “If we consider the unblushing promises of reward and the staggering nature of the rewards promised in the Gospels, it would seem that our Lord finds our desires not too strong but too weak.”  Let’s set our eyes on what is ahead.  We won’t be responsible for what we don’t have, but for what we have.  The amount is irrelevant; He wants us to be faithful and good stewards.  Mother Teresa said, “God did not call us to be successful, but God called us to be faithful” – because our success will come from God.