Your ways are not My ways 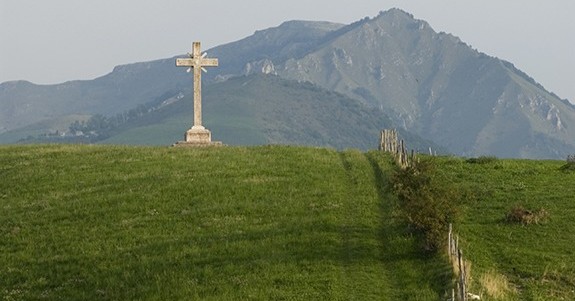 “For My thoughts are not your thoughts, nor are your ways My ways,” says the Lord. “For as the heavens are higher than the earth, so are My ways higher than your ways, and My thoughts than your thoughts. For as the rain comes down, and the snow from heaven, and do not return there, but water the earth, and make it bring forth and bud, that it may give seed to the sower and bread to the eater, so shall My word be that goes forth from My mouth; it shall not return to Me void, but it shall accomplish what I please, and it shall prosper in the thing for which I sent it.”

But man has always thought he knows better:

Then one was brought to Jesus who was demon-possessed, blind and mute; and He healed him, so that the blind and mute man both spoke and saw.  And all the multitudes were amazed and said, “Could this be the Son of David?” Now when the Pharisees heard it they said, “This fellow does not cast out demons except by Beelzebub, the ruler of the demons.” (Matthew 12:22-24)

Despite Jesus doing a great miracle and healing this man, driving out the demon within him, the Pharisees were certain that God would not do this: only satan would take authority over his own demons. It couldn’t have been that the Pharisees thought God powerless; they must have thought Him so impersonal that He wouldn’t care enough to touch and heal this poor man.

Jesus turns their argument on its head:

But Jesus knew their thoughts, and said to them: “Every kingdom divided against itself is brought to desolation, and every city or house divided against itself will not stand.  If Satan casts out Satan, he is divided against himself. How then will his kingdom stand?  And if I cast out demons by Beelzebub, by whom do your sons cast them out? Therefore they shall be your judges.  But if I cast out demons by the Spirit of God, surely the kingdom of God has come upon you.  Or how can one enter a strong man’s house and plunder his goods, unless he first binds the strong man? And then he will plunder his house.  He who is not with Me is against Me, and he who does not gather with Me scatters abroad.” (Matthew 12:25-30)

Jesus pointed out the absolute foolishness of their argument. Why would satan work against his own self-interests? If satan had been in control and wanted to impress the crowd, he would have done something flashy and impressive which proved his dominion – like having the man smash chains as he did with the demon-possessed man among the tombs (Mark 5:1-4).

Though He does not specifically say it, Jesus is pointing out the Pharisees’ hypocrisy: they are allowing satan to use them to try to divide the kingdom of God. They present themselves as the experts on God, the keepers of the true faith, and when Jesus does something outside their legalistic expectations they accuse God’s Messiah of working for the opposition! Later on Jesus would warn His disciples about the leaven – the doctrine – of the Pharisees and the Sadducees (Matthew 16:5-12).

Sadly, the world hasn’t changed all that much. Humankind thinks it knows better than God, and the current panic over the corona virus has revealed that beyond doubt: self is worshipped, healthcare is worshipped, but God is declared non-essential. Fast food shops are open, abortion clinics are open, but churches remain closed.

Don’t believe the lie. Man’s ways are not God’s ways. “For the flesh lusts against the Spirit, and the Spirit against the flesh; and these are contrary to one another…” (Galatians 5:17). If you look closely you will be able to distinguish between the ways of the world and the ways of God; you can see the evidence on your television every day: “Now the works of the flesh are evident, which are: adultery, fornication, uncleanness, lewdness, idolatry, sorcery, hatred, contentions, jealousies, outbursts of wrath, selfish ambitions, dissensions, heresies, envy, murders, drunkenness, revelries, and the like; of which I tell you beforehand, just as I also told you in time past, that those who practice such things will not inherit the kingdom of God. But the fruit of the Spirit is love, joy, peace, longsuffering, kindness, goodness, faithfulness, gentleness, self-control. Against such there is no law.  And those who are Christ’s have crucified the flesh with its passions and desires.” (Galatians 5:19-24).

So do not enter into the works of the flesh. Do not associate yourself with movements and causes which claim a worthy goal but use the works of the flesh to pursue them. Pursue the causes of God by ministering in the Holy Spirit, producing the fruit of the Spirit in both yourself and those to whom you minister. Then you will bring unity instead of division; you will be a peacemaker and you will be blessed (Matthew 5:9).

As an ambassador of Christ’s grace you are a key worker, whether a speaker, a doer, or an intercessor (one who prays on behalf of others). Your help is critical! The hour is late, and the battle becomes more intense every day.

“Awake, O sleeper, arise from the dead, and Christ will give you light.” See then that you walk circumspectly, not as fools but as wise, redeeming the time, because the days are evil. (Matthew 12:22-24)