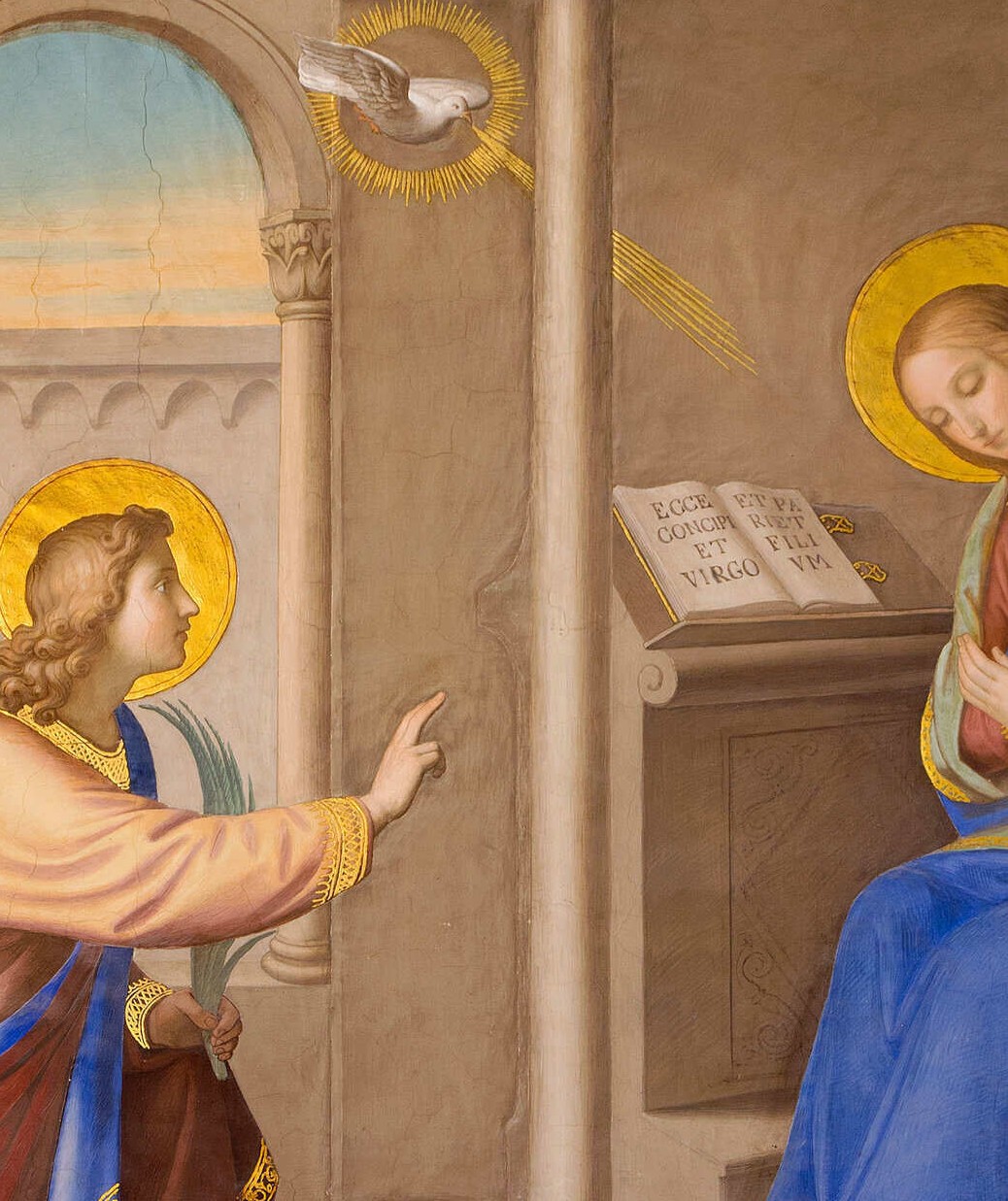 God is beyond the impossible, and does impossible things.  Elizabeth couldn’t have a child, yet she bore John the Baptist.  Everything is possible with God for those who have faith in Him.  The God of Abraham, Isaac and Jacob makes promises; this is why Abraham became the “father of faith” who put his total faith and confidence in Him.  God is faithful and reliable, otherwise He cannot be God.  He can truly be trusted: in His perfect time, beyond our understanding, He fulfils His promises.

Today’s Gospel is the Annunciation.  The angel greeted the Virgin, “O favoured one, the Lord is with you!”  Who wouldn’t want His favour?  Joseph in the Old Testament walked in and received God’s favour wherever he went.  Every Christian should believe in walking under God’s favour.  Mary was greatly troubled and tried to discern what sort of greeting this might be; she was perplexed, puzzled, perhaps fearful.  The angel said, “Do not be afraid, Mary, for you have found favour with God”.  Those who’ve received favour from God should never be afraid, because God is with them.

“Behold, you will conceive in your womb and bring forth a Son, and shall call His name Jesus. He will be great, and will be called the Son of the Highest; and the Lord God will give Him the throne of His father David. And He will reign over the house of Jacob forever, and of His kingdom there will be no end.”  God had promised that from David’s descendants would come a king to rule on the face of the earth; this is Jesus.  Mary was betrothed (legally pledged) to marry Joseph, from David’s lineage.  Her response was, “How can it be?  I know no man.  How can I be pregnant?”  She wasn’t allowed to bear a child outside marriage.  The angel said, “The Holy Spirit will come upon you, and the power of the Highest will overshadow you; therefore, also, that Holy One who is to be born will be called the Son of God.”  Imagine her amazement, and what was in her mind and heart.  These words were truly shocking to a 13-year old virgin.  Why did God choose someone who was betrothed?  Because the Son of God wanted to be born in a family and cared for by a father and a mother.  This emphasises the role of the family in God’s plan.  No wonder the enemy always wants to destroy the family: it plays a very important and unique role.

What incredible faith and obedience Mary demonstrated!  Although she couldn’t understand, she said, “Let it be done”.  Because of her acceptance, she would be called blessed by all generations.  Her life and the honour attributed to her have received much attention and discussion.  In catholic and sacramental Churches, she’s called Theotokos, the God-bearer, because she bore Christ in her womb.

No-one in heaven or earth has been so close to God and to the mystery of God.  She was the first who touched God and heard His heartbeat, and her womb became His tabernacle.  We’re reminded as we pray for the pre-born that the wombs of all women are God’s tabernacle, because they bear in their womb the image of God in humans.  Mary’s role in God’s plan of salvation was unique, one of a kind.

We’re invited to be part of God’s plan

Let’s look at her response in the Magnificat.  When Mary said, “My soul has magnified the Lord, my spirit rejoices in God my Saviour”, she was saying, according to Saint Bede, “The Lord has exalted me by a gift so great, so unheard of, that language is useless to describe it; and the depths of love in my heart can scarcely grasp it.  I offer then all the powers of my soul in praise and thanksgiving.”  She gave herself completely to God to be part of this plan that she didn’t completely understand.  “As I contemplate His greatness which knows no limits, I joyfully surrender my whole life, my senses, my judgment, for my spirit rejoices in the eternal Godhead of that Jesus, that Saviour whom I have conceived in this world of time.”

The Blessed Virgin’s response was not of pride, nor entitlement or privilege, but from a heart filled with humility.  From her example we can understand that exaltation is bestowed by God on humans as they participate and co-operate with Him in the fulfilment of the mystery of salvation.  Christians in all ages would call her blessed and seek to follow her example of faith and obedience.  She gave her total love and devotion to God although her reason didn’t understand.  The story of redemption continues to unfold in our day; new chapters are written by the Holy Spirit using human lives – yours and mine – as pen and ink. The story will be recounted for eternity: that salvation drama of how God so loved the world that He gave His only Son to become human like us, and that God invited humans to be part of that plan.  Humans are not only recipients but active players in God’s plan.

The best Christmas Christians will soon celebrate Christmas, a major festival all over the world.  Life has been very different and abnormal the past nine months.  We hope this abnormality will end soon, but we don’t know: we must always be prepared and live on a day-by-day basis, trusting in God’s promise of protection.  Christmas will be very different; it won’t be celebrated in the same way.  We’ve focused on shopping and meals, but sometimes in all the human activity we lose the essence of the Feast.  What’s important is the message, and now we need to dig into it deeper.  Though we may only celebrate with our very close family and call others, what we celebrate in all the festivities is the birth of God.  Let’s reclaim the true essence of Christmas: in the midst of crisis and challenging times, Christ is born in the midst of us, and is with us.  That’s the greatest message of Christmas: what a message to meditate upon!  It may be the best Christmas you’ve ever had, because we’ll recapture and rekindle in our hearts its very essen