The power of remembrance 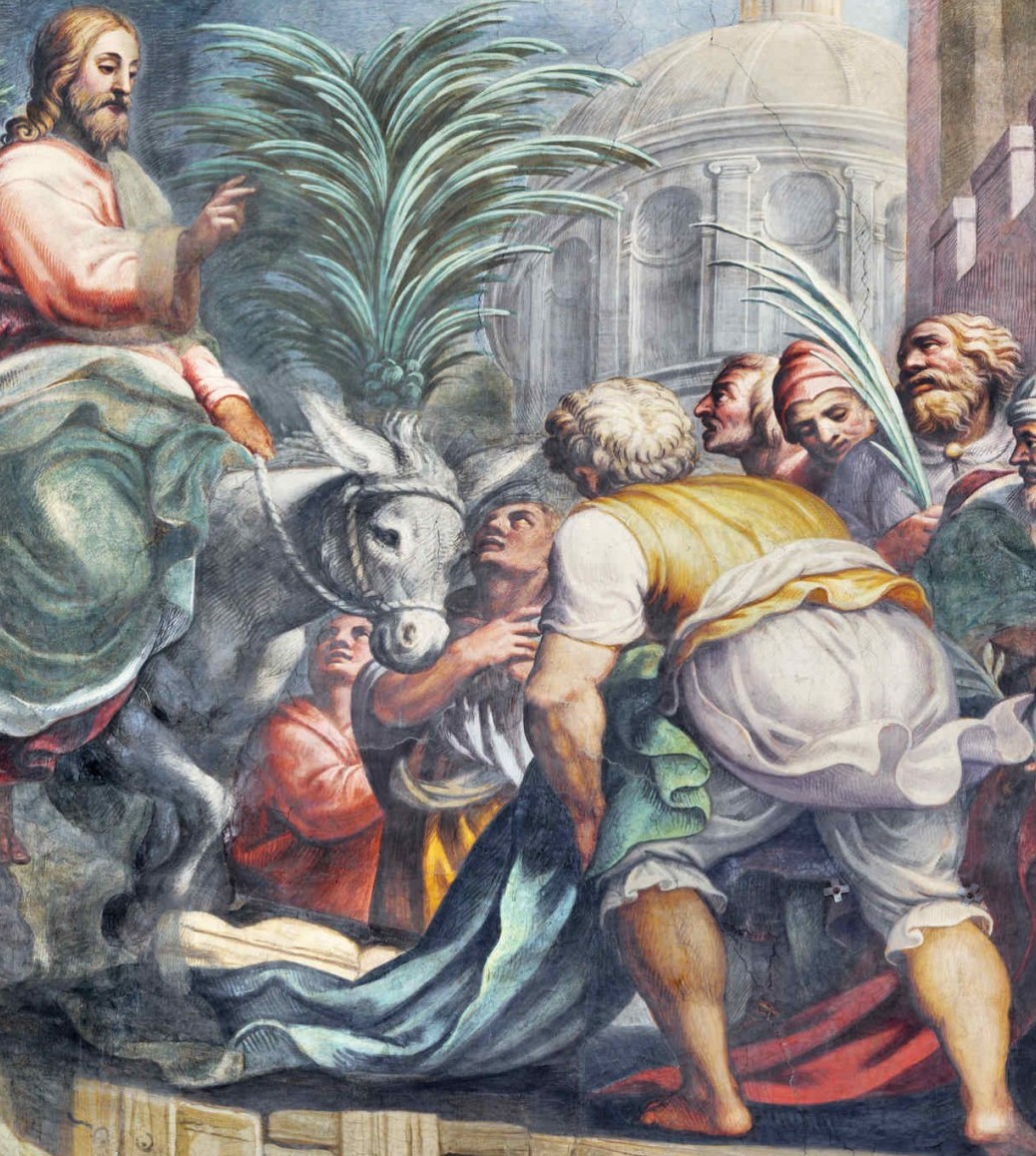 Today we join the Church around the world in celebrating Palm Sunday, the beginning of Holy Week. We meditate on and re-enact the events in the life of our Lord in His last days on earth, which changed the course of history, the cosmos and the world.

Certain events change our lives and the course of history.  In 2014, Europe celebrated the 70th anniversary of D-day, when Allied forces landed on the beaches of Normandy.  Surviving World War II veterans and local and foreign dignitaries were present; the veterans visited the remains of their fallen comrades and paid them homage.  The Royal Marines and Royal Navy re-enacted the landing.  It was a great celebration, to honour the fallen soldiers and thank the survivors for their heroism.  Such commemorations keep alive the memory of the Normandy invasion and subsequent victory, a turning-point which changed the landscape of Europe and pointed the continent’s future in the right direction.  It’s also important for the next generations to understand, even if they didn’t witness it personally, through seeing pictures, reading books and history lessons, so they’ll always remember its significance and we’ll never forget.  Brave men paid the ultimate price for freedom; this helps us realise that freedom isn’t free.  We can walk around the streets in peace, but this was handed to us through the sacrifice of those who went ahead of us.  This illustrates the importance of re-enactment.

The re-enactment of Holy Week

By the fourth century, Christians in Jerusalem commemorated the events surrounding the Lord’s last days:

They spent a whole week to re-enact the significant events of our Lord’s last days, so as not to forget or be blind to their meaning and to the transforming power of Christ’s suffering, death and resurrection.  Jesus didn’t only change history on the cross: He brought about a new creation, new heaven and new earth as is promised to us.  The hearing of the Gospel and the re-enacting invoke emotions in the participants: they didn’t simply sit and listen, but went to significant places where Jesus was and did the same things, so they would become part of what He did, and what He did would become part of them.  They were led to a profound experience of God’s love, culminating and ultimately demonstrated on the cross.  It left an indelible mark on their heart and soul.

Remembrance in the Holy Eucharist

Holy Communion, the Paschal Feast, commemorates Jesus’ Last Supper and all its benefits for those who believe 2000 years later.  Some have had the opportunity to visit the sites in Israel and trace the path of the Via Dolorosa.  If you haven’t, I hope you’re able to go: it’s a poignant and moving experience.  If you can’t, you’re not left out: at the Eucharist and through the celebration of the Church, this happens for us and for Christians throughout the world.  The Eucharist always has the word “remembrance” attached to it.

Saint Paul said, “For as often as you eat this bread and drink the cup, you proclaim the Lord’s death until He comes”.[1]  He didn’t hesitate to refer to Christ’s death, because through it death died.  To proclaim means to preach and declare: not only does the Church proclaim to its members, and not only do we proclaim to ourselves what Christ did for us, but the Church gathering together proclaims it to the world.

Jesus said, “Do this in remembrance of Me.”  Many of us have heard this for many years over and over again every Sunday.  The Eucharist is a divine mandate to remember and offer thanksgiving for the unparalleled redeeming work of Christ.  Man could not save himself, so God sent His Son to save us.

“Remember” in English means mental recollection: I forgot something, so I try to remember – where did I leave my keys?  You return to the place where you grew up, and as you walk the streets you remember what you did when you were young.  However, it has a deeper meaning in Scripture.  The words “recall” and “represent” are closer and give more justice to its use in the Eucharist: it’s the recalling or re-presenting before God of something He did for you and me.  It’s literally making present again what Christ did 2000 years ago.  It’s a past event, but through the Sacrament, its power, efficacy and grace become present and operative.  “Remember” in Eucharistic language is not simply remembering something we’ve forgotten, but what Christ did on the cross becomes present here and now; what it did then, it will do to us who believe.  This is possible because God is the same yesterday, today and forever.

Jesus entered Jerusalem riding on a colt, and people welcomed Him more as a political Messiah.  After a few days, He was sentenced to death by crucifixion – a penalty that was suffered by criminals in that time – to the people’s disappointment.  They were quick to change sides: those who welcomed Jesus – “Hosanna to the Son of David” – shouted a few days later, “Crucify him! Crucify him!”

In the 21st century, Palm Sunday commences with a gathering of the faithful outside the church followed by a procession into the church; they bear palm branches in their hands to re-enact Christ’s Triumphal Entry into Jerusalem.  The Revelation of Jesus Christ, written by John, speaks of the “new Jerusalem”.  We not only celebrate a past event, but its power today.  The Eucharist is a pre-figure of the heavenly banquet: in Christ the faithful process, as it were, into the new Jerusalem, the city of God which comes down out of heaven.

Today may we recall that promise: we’re not simply doing something out of duty, but it can change your and my life.  That’s the power of re-enactment, particularly the re-enactment of the Lord’s Supper.  It changes people’s lives: Jesus changed the history not only of Israel and the Roman Empire, but of the cosmos.  On the cross, He paid the price for our freedom – not so we can do whatever we want, but freedom from sin and death – that death became powerless, and we’ll be with God forever.  Out of what Christ has done on the cross, which we’ll remember and re-enact this week, came about new creation.  May God open our eyes to understand its power – that after this Holy Week our lives will be transformed for His glory.