The Source of Joy Rejoices 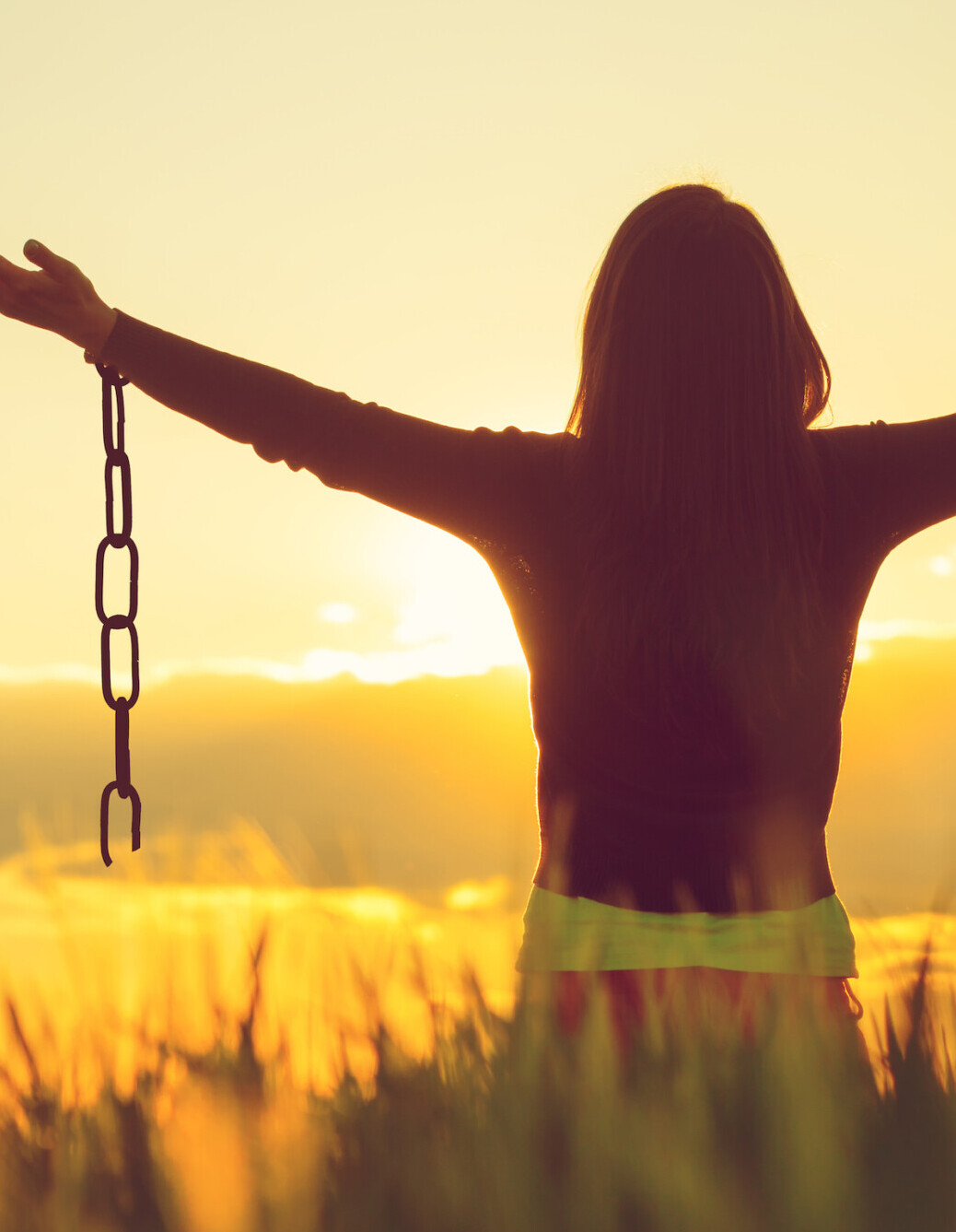 There’s a story about a church with parishioners named Joy, Funny, Happy, and Jubilee, but they did not seem happy.  When someone says, “You made my day”, it means “You made me happy”.

What makes a person joyful?  Is it winning the lottery or a raise in salary?  Is it eating Chickenjoy at Jollibee?  Different people have said:

“Learning to live in the present moment is part of the path of joy.”[ii]

“Find ecstasy in life; the mere sense of living is joy enough.”[iv]

These are human explanations, but what is a deeper definition of joy?  The Webster Dictionary defines joy as

“a feeling of great pleasure and happiness”.

Sometimes when you wake up, you feel happy; sometimes you don’t.  Mostly when people speak of joy and happiness, it’s influenced by something external.  An event such as a wedding or a Baptism, or seeing an old friend, may bring joy; however, this joy may prove to be short-lived.

We want joy in our lives, and try to discover what it is.  But what makes God joyful?  We can learn from today’s Gospel.

Who needs a physician?

Prior to this event, Jesus called Matthew (Levi) to be one of His disciples.  The same evening Matthew held a party and invited other tax-collectors.[vi]  Tax-collectors were not welcomed by many people, but considered corrupt and classed with sinners.

It’s amazing that tax-collectors and sinners were drawn to Jesus to hear His gracious words.[vii]  Often when we realise that we have offended God, there’s a tendency to stay away from Him and not go to church.  That’s the opposite of the Christian understanding, because only God can forgive us.  When we make mistakes, we hurt people; more than that, God is not pleased.  But that doesn’t mean He abandons us.

On the other hand, the religious leaders were scandalised, and as a result they grumbled and complained:[viii] the last thing they would have done would have been to mingle with such people.  When HIV first emerged, Diana, Princess of Wales became popular for breaking the taboo against going near those who were HIV positive.  Knowing what the religious leaders were thinking, Jesus said,

“Who needs a physician, but someone who is sick?”[ix]

As C.S. Lewis said, the hardest people to heal are those who don’t think they are sick.

Jesus defends His reaching out to sinners in today’s parables.  Luke chapter 15 could be called “the lost and found chapter”: The lost sheep, the lost coin, and the lost son all point to the tax-collectors and sinners; the three parables describe how God reaches out to such people through the ministry of Jesus.  In the Old Testament, God is portrayed as the Shepherd of His people who searches for lost sheep; moreover, He promises to send a Shepherd, the Messiah, who will pasture His people, prefigured in the life of David who was a shepherd and a king.[x]  In the story of Zaccheus, we see Jesus fulfilling God’s plan as the Son of Man who

“came to seek and save those who were lost”.[xi]

Many things make us joyful, but we’re not always joyful.  But what makes God joyful?  Is it our obedience or our giving something to Him?  In today’s Gospel, God as a shepherd shows His determination to search for one lost sheep; He calls us all by name, and when He has found us, He carries us on His shoulder back to the fold, as illustrated in the cross worn by Pope Francis.  Like a shepherd, God goes to the effort of leaving the ninety-nine sheep to look for one.  This is very similar to something Ezekiel said:

“Have I any pleasure in the death of the wicked, says the Lord God, and not rather that he should turn from his way and live?”[xii]

While animals can express certain emotions, repentance is not one of them; this parable has its limitations.  It does not mean that God agrees when we do something that’s against His will; but He doesn’t abandon us because of it.  The sheep refers to a sinner who repents, having come to a realisation that he needs to change his life.

Leaving the ninety-nine to search for one lost sheep sounds unreasonable, because the ninety-nine have far more monetary value.  What if I lose the ninety-nine?  It doesn’t make sense from a human standpoint.  However, in this context the ninety-nine righteous people are the Pharisees and Sadducees who don’t think they need to repent of their sin, whereas the tax-collectors and sinners realise that they need repentance.

During Mass, the Confession and Absolution are followed immediately by the singing of the Gloria:

“Glory to God in the highest, and peace to His people on earth”,

reminding us of when the shepherds heard this singing in heaven.[xiii]  Perhaps this song was rehearsed for a thousand years in preparation for the time when the Messiah would come, when God would become human and, looking upon humanity, show His mercy and forgiveness.  God promised the Messiah more than four thousand years before His coming.

During the last week, we sinned.  We come to God, and we don’t want to be reminded of our sin, but we need to understand that we’re totally and completely dependent upon His mercy and grace.  There’s a story about a man who stole a chicken, went to confession, and received a penance.  The next day he did the same thing, and the priest doubled his penance.  The man asked him to triple it because he would steal another chicken that night.  We receive forgiveness, but tomorrow we might do the same thing.  In spite of our striving, it’s only through God’s grace and mercy that we can mitigate the influence of sin in our lives.

Like a virus, sin kills.  Who wants to go through the summer sick?  Why do we have to confess our sins on Sundays?  Sometimes I forget I am a sinner, and think that because everyone is doing what I’m doing, it’s ok.  But it forces us to a point of humility to come before God, because only God can forgive, and it reminds me that I’m a sinner who needs to continue to walk along the path of repentance.  Our coming together and, before we enter into God’s presence, being reminded of our sins is not because God wants to know our sin – He even knows the thoughts of my heart – but I admit to Almighty God that I’m a sinner.  God wants us to know that we’re solely dependent upon His grace and mercy.  He is extremely generous and abounding in mercy and forgiveness.  Confession of sin has less to do with you than with the magnanimity of God’s heart to forgive people.

A woman becomes pregnant outside wedlock.  She realises she has made a mistake, goes to the priest for the Sacrament of Confession and Absolution.  The priest says, “Your sins are forgiven; go and pray for me, a sinner.”  Her tummy will not shrink because she asked for forgiveness, but God has forgiven her.  If God’s heart is so big to forgive a sin that He knows we will commit tomorrow, we cannot usurp His place of judging people when they sin; we need to look at our own sin first. Unfortunately, as humans sometimes we are quick in judging.

God loves to forgive those who repent

I come to church not to fulfil the sense of a religious obligation, thinking that if I do so God will bless me – that is not what it is to become a Christian – but [xiv]   But because God’s love and generosity are so great that He extends forgiveness to those who repent, I want to avail of that forgiveness.  I don’t want sin to eat my life, because it’s toxic like a virus: it will warp my mind so that I lose sight of who God is, and of the true meaning and purpose of life.  Every single one of us needs forgiveness; that’s why we come to God.  And God opens His arms, His house, and His table to us, and rejoices in heaven, because He loves to extend forgiveness to those who realise they need it.  The Source of joy rejoices because we are humble and repent, and He loves to shower us with His forgiveness.

We come to church because we are poor; there is poverty in every single one of us.  As Henri Nouwen said, in that poverty is where God meets us.  We come to the table of the Lord because we’re hungry and poor, and come before God, and He exchanges our poverty for His riches.

If forgiving a repentant sinner brings joy to God, a sinner must also rejoice in God’s forgiveness.  Always remember that every single moment of our lives we depend upon the mercy and grace of Almighty God.

Vaccines are antidotes to viruses, and can stop them from spreading and killing people.  The vaccine to sin is the Sacrament of Confession.  Sin and pride will destroy us – so avail of the Sacrament of Confession as much as you can, because God rejoices when He forgives our sins, and only those who pursue God’s forgiveness can extend forgiveness to others.  Then you’ll come as a sinner in God’s love.  God doesn’t reject us – He shouts His forgiveness to those who repent.  We are a very blessed people.  God’s magnanimous heart is that He does not delay His forgiveness, but He forgives us all; and when He does, the Source of joy rejoices.  God’s heart is joyful when we come to Him with humility of heart.  There is no sin God cannot forgive if we confess our sins to Him.